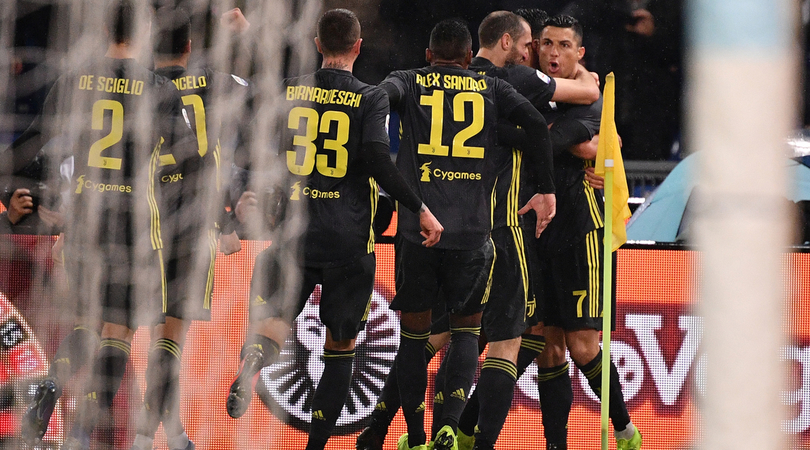 A very sloppy and uninspired Juventus still managed to come away with a win against Lazio despite being severely outplayed for the first hour of the game. Here are the top performers in each position.

Joao Cancelo (4 points): undoubtedly the man of the match for the Bianconeri. He put his fingertips all over both goals, slotting the first home on a rebound and drawing a penalty with a terrific cut. He was deployed as right winger when the Old Lady was looking to push and the move could have looked like a head-scratched, but that position simply unleashed all his offensive prowess and he looked like consummate attacker in both the key actions. The squad has to thank Wojciech Szczesny, and the inaccuracy of the Biancocelesti attackers, if they were able to withstood the assault conceding just one goal and the goalie had a pair of great saves, in particular one on Marco Parolo in the first half, where he displayed his cat-like reflexes.

Rodrigo Bentancur: a very poor performance by the whole midfield on Sunday, which looked out of sorts without Miralem Pjanic leading them. Emre Can scored an own goal and Blaise Matuidi was taken out early, so the Uruguayan sort of gets the spot by default even though he had troubles here like the rest of his teammates. The department struggled in both phases, as it was unable to put up any resistance against the continuous raids by Lazio and were not able to feed the front-line properly. The script flipped when Federico Bernardeschi and then Cancelo were inserted, making it a 4-4-2, and considering how well it worked here and last week, that should be the way to go when Pjanic is not available.

Federico Bernardeschi: Cristiano Ronaldo gets the glory and the bonus points for burying the game-winning penalty, but the ex Fiorentina man was the most impactful striker out there at the Olimpico Stadium as Juventus were basically unable to get anything going offensively prior to his sub. He was the one who finally managed to glide past Bastos, who seemed like a giant for most of the game, on the left flank, generating both goals. On the penalty, he was very clever in crossing the ball anyway to highlight what went down in box, where Senad Lulic had preventively fouled Cancelo to deny him a chance to get the ball. Paulo Dybala and Douglas Costa were held down by the utter confusion that gripped the team for a good portion of the game, but La Joya did take part to the equalizer, challenging Thomas Strakosha with a powerful strike that the goalkeeper could not haul in.

How well do you know Italian football? Do you want to battle Serie A Fantasy Managers? Play www.fantasyseriea.com now!