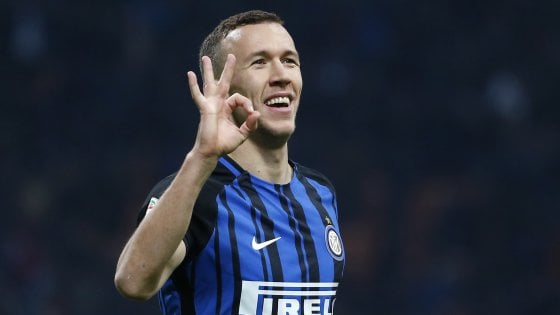 Inter Milan have ruled out the possibility of Ivan Perisic moving on loan to Arsenal, with the Serie A side only open to a transfer according to reports in Italy.

The Italian side are believed to be open to the Croatian international moving on from Milan, however they are not willing to let him leave on loan.

That has led to a potential switch to Arsenal being blocked, with Gunners boss Unai Emery making clear earlier this month that his side would only be able to make loan deals this month, due to budget issues.

Perisic has been a key player at the San Siro since signing for the club back in 2015 from Wolfsburg, however at 29, there are growing rumours that he is looking for a new challenge.

He has already told the club that he wants to leave inside this transfer window, with Arsenal his preferred destination as it stands.

However he has a contract with Inter until June 2022, having renewed with them after the 2018 World Cup – and Luciano Spalletti’s side hold all of the cards in any potential deal being brokered.

They successfully rebuffed attention from Jose Mourinho, who wanted to bring him to Old Trafford in the summer, and they will continue to push for a permanent move before the window closes.

CEO Beppe Marotta has reiterated their position in a interview with Italian radio station Radio Rai.

“We have listened to the player’s desire (to leave).

“But we must also take into account any clubs that are interested, must be aware of his market value. As well as the continued investment that we have made in him.”

If no deal is secured, Inter will be happy to have him back, as he has featured in the majority of their league games this season – in midfield alongside international teammate Marcelo Brozovic.

Arsenal are also working on a contingency plan if they are unable to bring Perisic in, with a deal also being worked on for former Atletico Madrid forward Yannick Carracso.

The Belgian international, who left Spain in February 2018, to move to Chinese Super League side Dalian Yifang, is reportedly looking for a return to Europe.

However a loan move for the 25 year-old is also fraught with issues, with Arsenal also unlikely to be able pay his substantial wages.

How well do you know Spanish football? Want to challenge the best Serie A Fantasy Managers? Play www.fantasyseriea.com now!