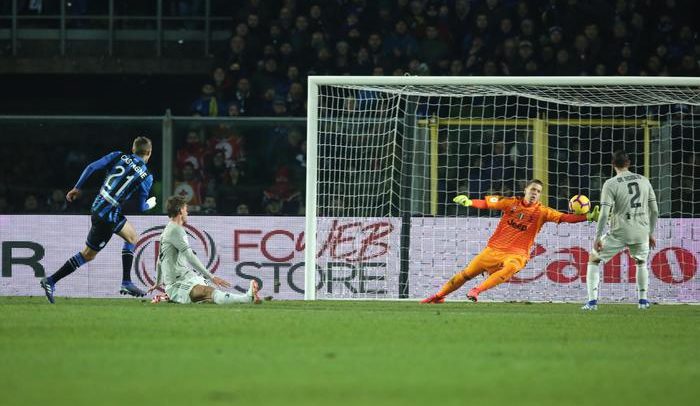 Juventus this time could not overcome their own struggles in all the facets of the game and got deservedly eliminated by Atalanta in the round of eight of Coppa Italia, which they had won in the previous four editions. A very pedestrian showing that ends the often manifested target of winning the treble and represents an alarming signal for the challenges ahead.

Alex Sandro: when you give up three goals, clearly no defenders performed well. Sandro was the only who did not actively took part in one of the goals, two caused by misplaced passes by Joao Cancelo and Mattia De Sciglio, while Daniele Rugani and Wojciech Szczesny did not look great in the second one. A two-minute black-out at the end of the first half, the Bianconeri were unable to recover from. The squad had already started off poorly, but the back-line in particular was plagued by mental mistakes after Giorgio Chiellini was forced out of the game by a calf injury. The officials might have to revisit their stance about not signing a centre-back.

Sami Khedira: again the three-man midfield looked completely idea-less without Miralem Pjanic leading them and the situation did not change when he got into the game. Rodrigo Bentancur and Blaise Matuidi spent the night chasing after the much more energetic Atalanta players and, alongside the rest of the ball club, were very sloppy in the passing game. The German world champion did not perform much better, but he had one of the few chances with a header on a corner.

Federico Bernardeschi: he was almost the only one who tried to drag the team out of its funk, making plays in multiple positions, but without being effective. At least he put in a modicum of effort in a game where the squad just did not have it. Paulo Dybala had a slew of turnovers and was thrown around by the opponents all night long. In the last couple of games it was evident why the coach prefers Cristiano Ronaldo wide, as it become too easily to engulf him and cut off the feeds for him when he is surrounded by centre-back. Douglas Costa was affected by the general apathy and imprecision of his teammates. It is the first time this season that the front-line fails to score a goal and it is the first loss on the road in a domestic game since 2017.