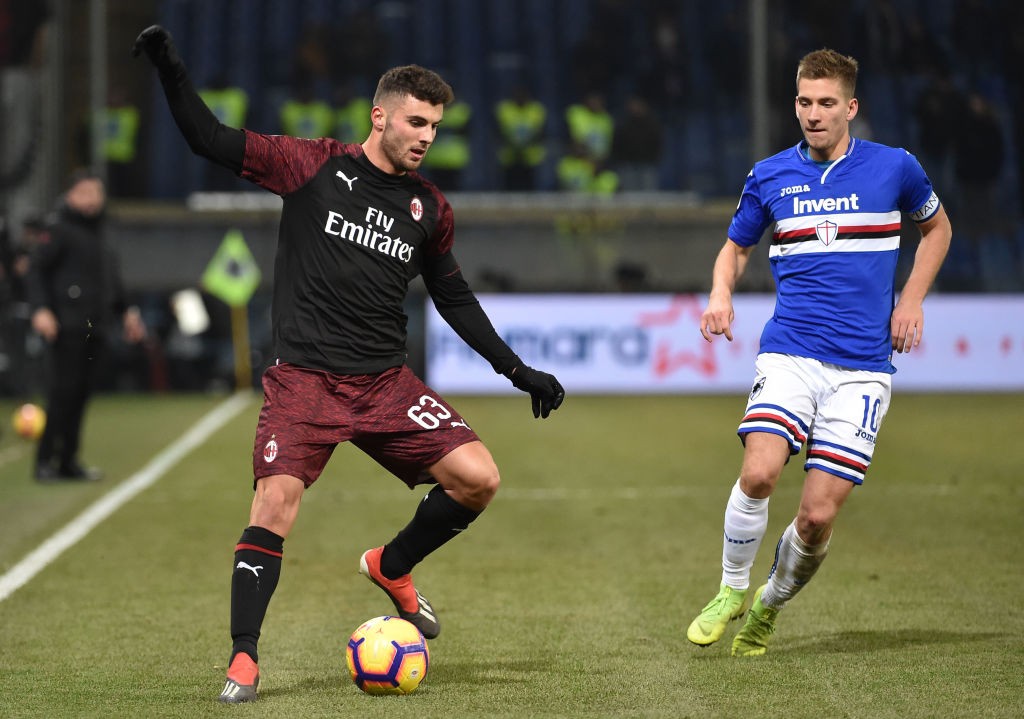 This evening, AC Milan will take on Sampdoria away from home, looking to bounce back from the disappointing derby loss two weeks ago. However, it will be far from easy for Gattuso’s men, even though they are favourites heading into the game.

Giampaolo’s men have caused Milan problems before, especially in the first tie between the two sides this season. Eventually, the Rossoneri came away with the victory at San Siro (3-2), but the away side certainly proved how lethal they can be up front. Gattuso was keen to point this out during the press conference, stating that his side will need a great performance.

“We have to be aware of the fact that this team has already put us in difficulty this year. They have incredible players up front, and the concede little at the back. We will need a great performance. We want to bounce back,” Gattuso said about the game.

On the other hand, the match facts highlight a clear advantage for Milan, although this perhaps hasn’t been as evident in recent years. Even though Sampdoria won their last home game in the league against Milan (for the first time in six attempts), Gattuso’s men did beat them in the Coppa Italia at Stadio Luigi Ferraris earlier this year.  Furthermore, Only against Inter (67) have Sampdoria have lost more Serie A games than they have against AC Milan (63).

Even though the team conceded three goals against Inter, the defence is expected to remain the same, which is logical given how few goals they have conceded overall. In other words, Gattuso aims to re-establish the confidence that was so evident before the derby clash.

However, in the midfield, he will try out a new trio. After the row between Biglia and Kessie, the latter has been fined and was unable to train with the team due to a late arrival from the National team. Therefore, Chelsea loanee Bakayoko will start to the right, while Biglia will slot in as usual in the regista position. Perhaps surprisingly, Paqueta won’t play on the left, but rather Calhanoglu will get the chance a bit deeper this time.

Last time out against Sampdoria, Cutrone bagged a brace to seal the win for Milan. However, he won’t get the chance from start this time around, competing with Piatek for the starting spot. The Polish striker will get support from a Spanish duo on the flanks; Castillejo and Suso.

It will be interesting to see how the midfield holds up, considering that it was dominated by Inter. This may be the main reason behind Gattuso’s decision to try something new, as Calhanoglu is arguably more defensive than Paqueta. In any case, Biglia’s presence could be key to keep the defensive shape.

This is certainly not an easy game to call. Usually, Sampdoria are very strong on their home turf, but have lost their last three games there. On the other hand, Milan are coming from a disappointing loss in the derby, which means their confidence might have taken a hit.

However, the loss might as well motivate the Rossoneri to come back stronger. In other words, there are loads of factors to take into account, though Milan should be able to grab all three points this evening.