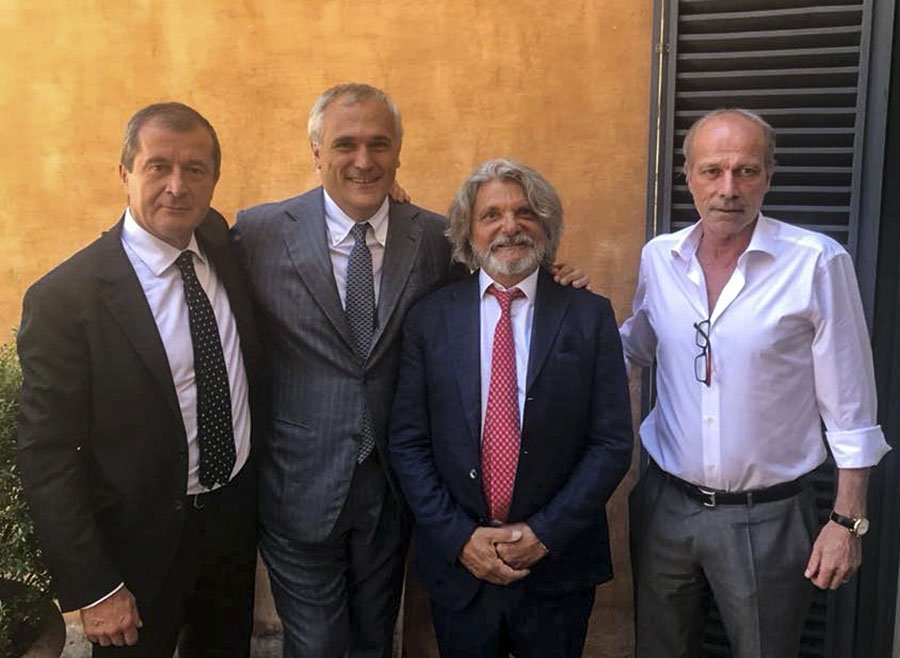 It did not take long for Sampdoria to replace Daniele Pradè, who had just moved to Udinese, and, perfectly in tune with the flamboyant style of the president Massimo Ferrero, they have taken a big swing and hired former Palermo and Roma executive Walter Sabatini as their new head of the technical area. He will collaborate with the sporting director Carlo Osti.

Sabatini is coming off a ten-month stint as coordinator of the Suning group, where he worked hand in hand with Piero Ausilio, and stepped down in March because of some contrasts regarding his level of autonomy and the amount of investments. He was brought in under the assumption that the owner Jindong Zhang would create a network of teams beyond Inter and Jiangsu, but that did not materialize also due to some new Chinese laws. The Nerazzurri also had to deal with the constrains of the Financial Fair Play. His previous experience at Roma also ended contentiously after few years as he butted heads with the chairman James Pallotta over transfer market strategies.

A very talented scout, he spent time at Lazio, Palermo and Roma. He unearthed and brought to Serie A a slew of talents who turned into household names. With the Eagles, he signed Aleksandar Kolarov and Stephan Lichtsteiner; with the Rosanero, he acquired Josip Ilicic and Javier Pastore; with the Giallorossi, he bought Miralem Pjanic, Alisson, Radja Nainggolan, Kostas Manolas, Kevin Strootman, Marquinhos and Erik Lamela. Along with some big hits, there were obviously also some misses, for instance the rich sums spent for Juan Manuel Iturbe, Gerson, Mattia Destro, Bojan Krkic and Seydou Doumbia.

His profile certainly fits the philosophy of Sampdoria, which in recent years have been unafraid to take some chances on youngsters and then re-sell them for very good profits. The latest examples were Milan Skriniar, Patrik Schick, Luis Muriel and Bruno Fernandes, and the same is likely to happen soon with Lucas Torreira and Dennis Praet.