We continue our interview with Rav Gopal, from JuveFC.com and discuss in detail his favorite Juventus players from the current squad as well as his expectations for this season and some of his favorite moments as a Juve fan.
Q1) For the current Juve squad, can you please rank your favorite player by position?
Defense: Giorgio Chiellini. He is an extremely underrated defender who has rolled back the years in recent seasons to deliver consistent performances. Like Del Piero and Gianluigi Buffon, he has remained loyal to the club and he is one of the best in Europe in his position.  END_OF_DOCUMENT_TOKEN_TO_BE_REPLACED

Both Manchester clubs are currently dominating the league table, and that reflects in our list of top midfielders in Premier League.

The Citizens and the Red Devils are the only undefeated sides left in the Premier League. They have both accumulated 16 points from their opening six games and occupy the top two spots in the league. END_OF_DOCUMENT_TOKEN_TO_BE_REPLACED

We took the opportunity to interview Rav Gopal, founder and editor-in-chief of the popular site JuveFC.com. Factoring in his in-depth knowledge, we decided to pose a series of questions and Mr. Gopal did not disappoint as he offered his insightful views on everything pertaining to Serie A champions Juventus.

Q1) Gianluigi Buffon is considered by many as the best goalkeeper over the last 20 years, and is perhaps the all-time goalkeeper. Much has been said about him, but if you had to describe him in one statement what would you say?

Buffon has been the most consistently brilliant goalkeeper in world football, year in year out. He is a leader, a captain and a role model at Juventus and for 17 years, he has been the epitome of loyalty and class.

Q2) Where do you rank Massimiliano Allegri among active Italian coaches? How about among coaches worldwide?

Allegri is the best Italian coach for me. Antonio Conte is doing well at Chelsea but I feel he still has things to learn. Allegri is adaptable and flexible in his approach – he works the players hard, but not to the point of exhaustion.

He is a masterful tactician, but does not dwell on the football, day in day out. He is also a very smart individual and has a self-deprecating side to his character where he does nott take himself too seriously. I think it is a valuable quality. Worldwide, I think he is right up there with the best. For me, only Manchester City’s Pep Guardiola is better than him. Real Madrid’s Zinedine Zidane is still learning the game but has done great things so far.
Q3) At www.eurofantasyleague.com we have over 1,500 players to pick from, but one player is making a name for himself and fast: Paulo Dybala trails only 4 players in popularity, namely Messi & Neymar and 2 defenders! He is owned by 20% of our Fantasy Football Managers. What do you make of Dybala’s rise? How good can he become? 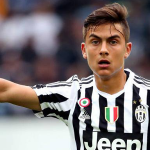 He has no ceiling at present. He grows with each season, plays across the attack and now has a maturity to him that was lacking before. The club has entrusted him with the #10 shirt and he has accepted the responsibility to be a leader of sorts, dragging Juve over the finish line and being at the heart of almost every league victory so far this season.

I would like to add the inevitable links to Barcelona are annoying as it is better to simply appreciate him for the Juventus player that he is – his great touch, finishing, dribbling, passing….all of it ! He will only get better with time and I think we have only seen a fraction of his true potential.

Q4) Mario Mandzukic is perhaps one of the most underrated players on the team. Juve fans have grown to love him but for other football fans they do not see the intangibles. Mind you even at www.eurofantasyleague.com we feel stats do not do him justice as he is ranked as 10th best Juve player in terms of this season’s Fantasy Football Points.  How important is he for Juve? 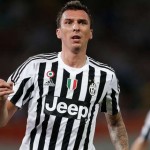 He is vital when you consider the effort he puts into each match. He is not just a forward, he plays on the wing when needed, pushes back opposing right-backs, has a strong presence in the air, tracks back, tackles well, scores goals, provides assists and defends down the left and in the center on set-pieces. Sometimes, to understand his value, you only need to switch off from the rest of the team and just watch him perform. A true workhorse who sacrificed individual glory for the sake of the team. You do not see that very often these days. 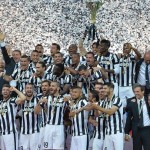 Q5) Juve has many players out on loan, can you tell us which two are most promising and why?

Mattia Caldara is a superb talent, very composed in his character and playing style. Rarely troubled by the occasion, he is showing real consistency for Atalanta and it is exciting to watch him, considering he has already developed into a hell of a player, despite his young age.

Riccardo Orsolini is a promising young winger, also at Atalanta, and he is starting to get opportunities in the starting XI. I think Moise Kean could be a real talent in the making but he needs to stay focused and keep working hard at Hellas Verona. He was a prolific goal-scorer for the Primavera and it is interesting to see if he can translate that form in senior performances.

Make sure to check back again in the next few days for the remainder of our interview. You can challenge some of the best Serie A fantasy football managers at www.fantasyseriea.com

Napoli and Juventus currently occupy the top two spots in the Serie A table with maximum points from their opening six games. END_OF_DOCUMENT_TOKEN_TO_BE_REPLACED

After six weeks into the new season, it appears that it will be Napoli who will challenge Juventus for the league title this season. END_OF_DOCUMENT_TOKEN_TO_BE_REPLACED 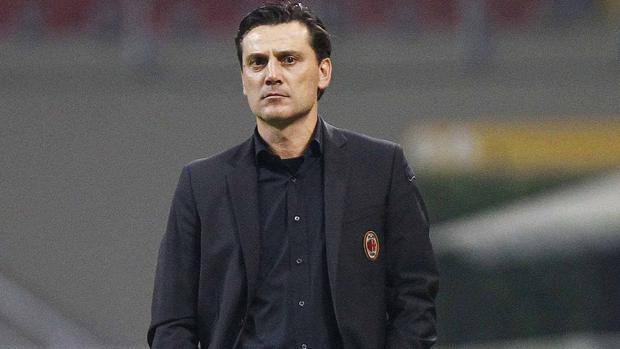 Milan have won all Europa League games so far and four out of six in Serie A: some would call it an excellent start, but the two losses, against Sampdoria and Lazio, did show some worrisome signs and the coach Vincenzo Montella is under heavy fire. The two slip-ups arrived in the toughest games they have faced and on Thursday they blew a 2-0 lead against Rijeka before Patrick Cutrone put them back on top in the final minutes.

They had an impressive reinforcement campaign, but it is now up to the coach to accelerate the adaptation process and make the players jell, because Serie A waits for nobody. They tend to play down to the level of the competition: the European fixtures have been extremely easy so far, while in the domestic league they have defeated Crotone, Cagliari, Udinese and Spal. The only game where they had truly a great showing was the opener at Ezio Scida, but there they were helped by a penalty and red card against the Sharks after five minutes. They were never too convincing in the remaining games, even in wins.

With so many turnover in the summer, you can chalk most of the problems up to lack of chemistry, but there might be some deeper issues underneath. At Olimpico against Lazio, they crumbled after Biancocelesti found the first goal and the more they tried to attack, the more Ciro Immobile and teammates punished them with counters. At Marassi against Genoa, it was a no show: they let the opponent control the ball and the pace and they inevitably conceded two goals. At times, they look too disorganized from the belt up and so they are forced to improvise a lot.

While the attack has always produced, but never too explosively in Serie A, the defence is holding them down. The switch to a three-man backline has not had the expected results: Leonardo Bonucci has not been able to recapture his Juventus form and Alessio Romagnoli has made some silly mistakes. Mateo Musacchio has been their best centre-back so far, but he was inexplicably benched for Cristian Zapata in the Sampdoria game and he literally gifted two goals to Blucerchiati’s Duvan Zapata.

If something does not work, it is up to the coach to figure out the next move, because the 3-5-2 has damaging effects in other areas: Suso has not been the same in a more central position. Furthermore, it is not an easy task, but Montella needs to find a way to have all his best players on the pitch at the same time, at least in the key games. He has alternated Giacomo Bonaventura and Hakan Calhanoglu, who needs to play as consistently as possible after being sidelined for half a season, and the three strikers Nikola Kalinic, André Silva and Patrick Cutrone. It could be helpful to establish a hierarchy upfront.

In a weird move, the coach has let go his long-time assistant Emanuele Marra because they were not on the same page regarding the physical preparation of the team. After the sacking of Carlo Ancelotti, who is always in play when it comes to the Milan bench, the sporting director Massimiliano Mirabelli reassured Montella about the stability of his job. Two tough games await Rossoneri: Roma on Sunday and the Derby after the international break. Since they have been struggling against the better squads, they need to redeem themselves in the upcoming massive tilts. Or some changes could be forthcoming.

Radamel Falcao’s incredible start to the 2017-18 season has seen him top the Fantasy rankings for all players in France’s Ligue 1. END_OF_DOCUMENT_TOKEN_TO_BE_REPLACED

Barcelona have made a spectacular start to the new season, and their talisman striker Lionel Messi has been a huge reason behind their early success. END_OF_DOCUMENT_TOKEN_TO_BE_REPLACED

The La Liga is already six game weeks old, and the league table has begun to take a normal order. The biggest surprise this season has been Real Madrid’s poor start END_OF_DOCUMENT_TOKEN_TO_BE_REPLACED