In the week that Barcelona won the title, it is of little surprise that Messi hs found a place in our team of the week – but who joins the Argentine?

His 32nd start of the campaign was complemented by a 10th clean sheet, to, as Valencia battled out a frustrating 0-0 with Eibar.

The Bats seem set to secure European football however, with Neto playing a valuable role in their campaign. END_OF_DOCUMENT_TOKEN_TO_BE_REPLACED 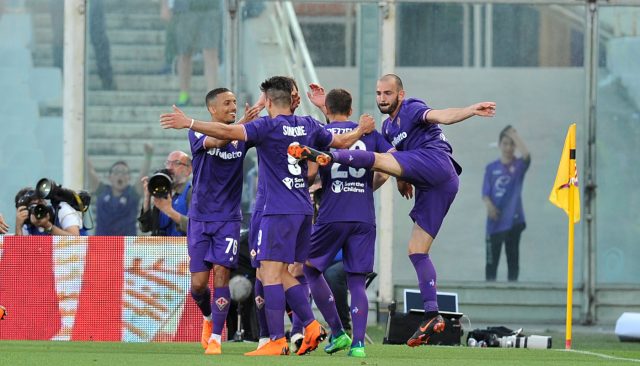 Few teams had impressive displays in the weekend: Roma, Atalanta, Sampdoria and Crotone all pounded their respective opponents and also had very juicy fantasy hauls, with multiple players either finding the target or assisting. However, the most dominant performance of the round belongs to Fiorentina, which also managed to keep a clean sheet, differently from the other teams.

In the big game against Napoli, Stefano Pioli confirmed the scheme he has been heavily relying to recently: a 4-3-1-2 with Riccardo Saponara in the hole, behind Federico Chiesa and Giovanni Simeone.  END_OF_DOCUMENT_TOKEN_TO_BE_REPLACED

In an interview published by Italian newspaper La Gazzetta dello Sport on Saturday, Fiorentina striker Giovanni Simeone revealed that his aim for the season was to beat his previous record of 12 goals scored for the season, set when he was with Genoa back during the 2016/17 campaign.

Before his side faced Napoli on Sunday the 22-year-old – nicknamed Cholito – had notched up 10 strikes in 32 starting appearances for the Viola, but no-one could have expected that he would have exceeded his target in the very next match versus the title-chasers.

END_OF_DOCUMENT_TOKEN_TO_BE_REPLACED 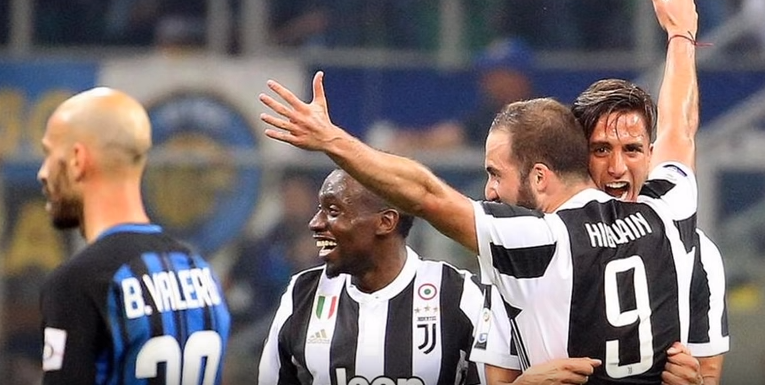 Once again, the most anticipated fixture of the round came through in terms of drama, so Inter-Juventus is a natural pick for game of the week.

Inter came into the match looking to extend his two-game winning streak and keep up with Roma, which had defeated Chievo earlier on Saturday. Juventus were trying to bounce back after the tough loss in last week’s big match and put pressure on Napoli, which would play on Sunday versus Fiorentina.

Luciano Spalletti made a couple of changes to the lineup he was using recently, putting Antonio Candreva back in for Yann Karamoh and inserting Matias Vecino for Borja Valero, who was not 100%.  END_OF_DOCUMENT_TOKEN_TO_BE_REPLACED 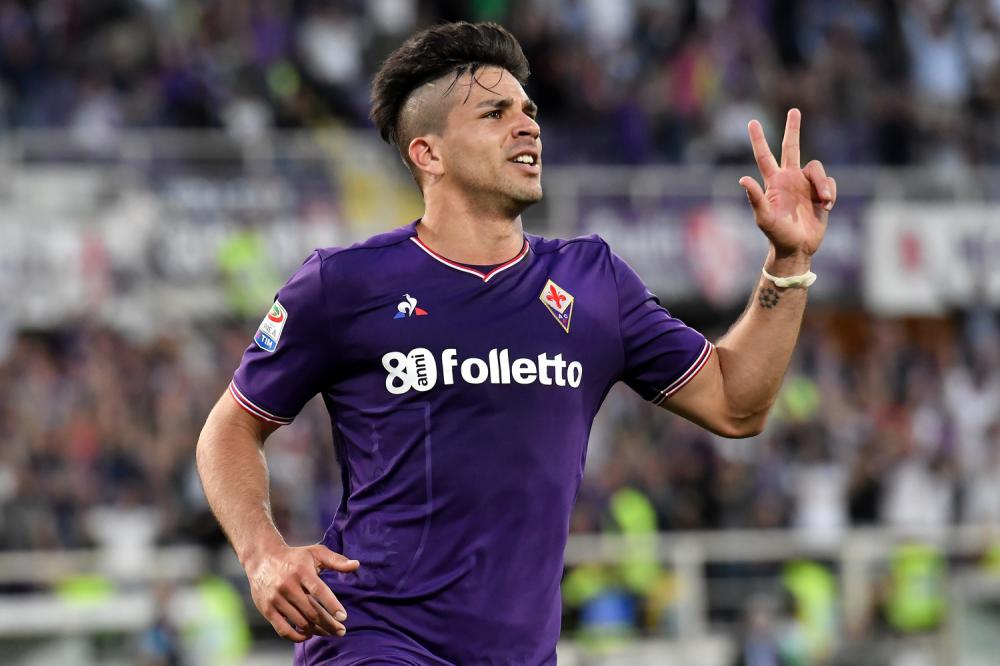 The last round was rich of goals: here are the top performers.

Marco Sportiello: just two clean sheets in the weekend, by Fiorentina and Lazio. The Viola did not have to defend too much after an early red card to Napoli, but Thomas Strakosha was booked, so Sportiello was the only goalie to receive seven points.

Cristiano Biraghi: the full back was the top earner among defenders with seven points this week as he assisted Giovanni Simeone with a long ball for the opening goal.

END_OF_DOCUMENT_TOKEN_TO_BE_REPLACED

As has become the norm in La Liga this season, Zinedine Zidane rotated his Real Madrid squad for Saturday’s home match against Leganes. There were starts for many of his squad figures. Borja Mayoral, Dani Ceballos, Marcos Llorente and Hakimi Achraf were all selected. There was also a place for Gareth Bale.

The Welshman has struggled for game time at the Santiago Bernabeu of late, falling out of the Real Madrid starting lineup in recent weeks. He was left on the bench for all 90 minutes of his side’s Champions League semi final first leg win over Bayern Munich last week, with many taking that as a statement on Bale’s future at the Spanish club.

At present, there is one free spot in Zidane’s preferred team up for grabs, with Marco Asensio, Karim Benzema, Isco, Lucas Vazquez and of course Bale all vying for the same place. Before the weekend’s game against Leganes, Bale was deemed to be at the tail of that queue, but he might now have jumped to the front.

Despite concerns over his recent form, Bale actually has five goals in his last six appearances. When he plays, the Welshman tends to produce something. In a sense, much of the criticism that he has faced of late has been unwarranted. Time and time again he has proved himself as an effective option for Real Madrid, particularly when Cristiano Ronaldo is out, as was the case against Leganes at the weekend.

Regardless, it seems likely that Bale will leave the Spanish capital at the end of the season, with Inter Milan reported to be interested in the 28-year-old. Manchester United will surely register their interest again should the Welsh winger finally become available on the transfer market this summer.

But before that inevitable parting of the ways, Bale could still have one last hurrah as a Real Madrid player. Everything is pinned on the Champions League for the Spanish giants this season and that’s where Bale could still have a real impact, over the second leg of the semi final against Bayern Munich and then potentially in the final.

The problem for Bale is that at present Zidane prefers Asensio to the Welshman. Against both Paris Saint-Germain and Bayern Munich in this season’s Champions League, Asensio has been used as a game-changer. Stylistically, Asensio is better with the ball at his feet, he can be played through the middle, but he still provides drive in the final third, much like Bale.

Yet in terms of pure productivity, Bale is still one of Real Madrid’s best players. He can still make an impression against the highest calibre of opponents. He will be a superstar for another club when he finally leaves Real Madrid at the end of the season. But before he leaves, he could still serve us all with a reminder of his quality. Zidane has so many options and Bale should still be valued as one.

As Juventus went 2-1 down to Inter on Saturday night, Napoli fans were relishing their clash with Fiorentina in the early Sunday evening kick-off. All they would need to do was beat the Viola – who had lost their last two matches versus Lazio and Sassuolo – in Florence and they would find themselves two points ahead at the top of the table.

Yet Juve would come back to win 3-2 and the Partenopei kicked off at the Stadio Artemio Franchi knowing they were back to trailing their rivals by four points. Many had whispered that the Tuscan club would do Napoli a favour by rolling over in this match due to their well-known hatred of Juventus, however Stefano Pioli’s men were on the front foot right from the start.

END_OF_DOCUMENT_TOKEN_TO_BE_REPLACED

Las Palmas have been relegated from La Liga following a disastrous season and the worry for the club now is how they will bounce back. Alongside Malaga, Los Amarillos have comfortably been the worst side in Spain’s top flight this season with boss Paco Jemez unable to steer them to safety, with just two wins in 20 attempts since his December appointment.

The worry for the Gran Canarian club is that they will need to rebuild their entire squad with a host of summer departures expected, including their eight current loanees of which star striker Jonathan Calleri is one. END_OF_DOCUMENT_TOKEN_TO_BE_REPLACED 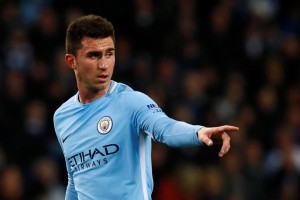 Operating as City’s left sided central defender, the Spaniard, who was bought in for an astounding £57.1 million in January from Athletic, hardly put a foot wrong throughout the 5-0 rout. END_OF_DOCUMENT_TOKEN_TO_BE_REPLACED

The Italian capital and famous Stadio Olimpico are shared by two rival clubs with a burning hatred for one another – Roma and Lazio. Each respective outfit has its own crop of stars thriving at the heart of a race for UEFA Champions League qualification, including Serie A’s top hitman Ciro Immobile and midfield dynamo Radja Nainggolan. Yet, despite both being household names around Europe and without question key men in the Capitale this 2017-18 Serie A campaign, Spanish international Luis Alberto has been as influential as any single player on either side – yes, even more than Immobile.