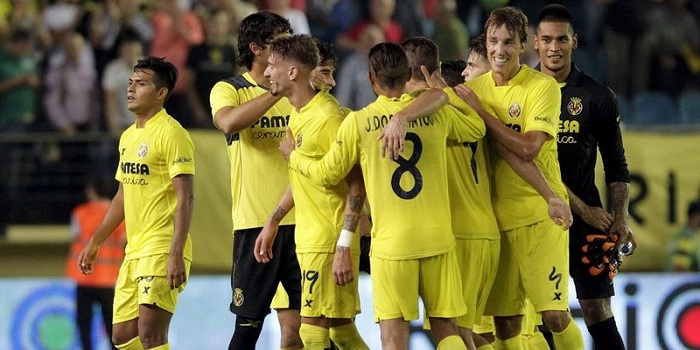 Villarreal have been busy during the close season period, and the Yellow Submarine have spent €70 million on new players ahead of the 2018-19 La Liga season.

There have also been a number of big name exits from the club in recent weeks, with highly rated young midfielder Rodri departing for Atletico Madrid.

However manager Javier Calleja has secured his key targets ahead of the new campaign, and they looks set for a strong season.

The main new face at El Madrigal is striker Gerard Moreno, who comes in from Espanyol for a fee of €20 million.

Moreno returns to the club where he spent his early senior career, between 2010 and 2014, before eventually leaving for Catalonia in 2015.

After scoring just seven La Liga goals in his first season with Espanyol, he improved in 2016-17 – netting 13 goals in league action.

He bettered that figure again last season, in an average Espanyol team, by racking up 16 goals in La Liga, and 19 in all competitions.

This form, across back-to-back seasons, had earmarked the diminutive front man as one of the best strikers outside of the big clubs in Spain.

As is often the case within La Liga, when a player begins to shine for a lesser side, one of the big fish comes along and snaps them up.

In this case, Villarreal had to act swiftly to head off reported interest from Barcelona and Atletico Madrid – who were both looking to supplement their attacking options.

His signing was somewhat under the radar, given some of the big transfer moves in Spain in recent weeks, however he offers Villarreal a solution to their goal scoring issues.

He has consistently scored goals across two seasons, and offers more direct threat and movement to the front line.

Despite finishing 6th last season, and qualifying for the Europa League, Villarreal did struggle for goals in 2017-18.

They scored 57 goals, the lowest tally of any top six, with Real Sociedad and Celta Vigo – further down the table – both outscoring them.

Carlos Bacca was their most impressive goal scorer last season, netting 15 La Liga goals, however a combination of the club not opting to make his loan deal permanent and AC Milan wanting him back, scuppered any future deal.

Other than Bacca, no other player reached double figures for league goals in 2017-18, with Cedric Bakambu scoring nine.