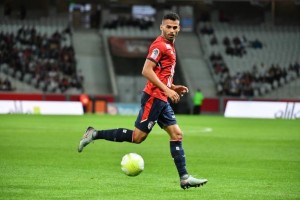 According to the latest reports from Le10sport.com, Inter have expressed an interest in signing Lille midfielder Thiago Maia before the Italian transfer window closes on Friday evening. Luciano Spalletti has made no secret of the fact that, in an ideal world, he would like to have one or two more options in that department. Indeed, it is evident that the Tuscan does not believe the likes of Borja Valero, Roberto Gagliardini and Matías Vecino possess the requisite qualities to make an impact in the UEFA Champions League long-term.

While sporting director Piero Ausilio is said to be still working on an ambitious deal to prize Luka Modrić away from Real Madrid, he is looking at other options in case a deal with Los Blancos president Florentino Pérez fails to materialise. In that case, the aforementioned Brazilian would be a very intelligent addition to Spalletti’s squad. The Nerazzurri do have a long-standing interest in the Boa Vista native and were linked with a move for him long before he opted to join Marcelo Bielsa in Ligue 1 this time last year.

Similarly to La Beneamata’s other summer signings, Thiago Maia would offer a degree of tactical flexibility, given the fact he has covered so many different roles dating back to his time at boyhood club Santos. His preferred role is in a double pivot at the base of a 4-2-3-1 formation, which makes him an excellent fit for the 59-year-old’s preferred system. The fact he is comfortable taking care of the defensive side of the game would, in theory at least, allow Marcelo Brozović greater freedom to help his teammates in the attacking third of the pitch.

Lille’s somewhat precarious financial situation means that they are in no position to reject Inter’s advances, should they make an offer the French club deem to be acceptable. By all accounts, Ausilio has already bid around €20 million for the player but, due to the fact he cannot sign any more non-EU nationals this summer, the Nerazzurri would have to let the 21-year-old spend another season in Ligue 1 before bringing him to Appiano Gentile 12 months from now.

Having already added immense quality to Spalletti’s squad in the shape of Stefan de Vrij, Šime Vrsaljko, Kwadwo Asamoah, Radja Nainggolan, Matteo Politano and Lautaro Martínez, there is no doubt that Inter now have a squad built to challenge for major honours once again. With Keita Baldé also set to join on loan with option to buy in the next 48 hours or so, there are plenty of options in attack. Though Thiago Maia will not be eligible to play for the club until next season, there is no doubt that his capture would add to the immensely positive atmosphere surrounding the club ahead of their opening match of the Serie A campaign against Sassuolo next weekend.

Do you have what it takes to challenge the best Fantasy Football Managers? If you’re up to challenging the best then play www.fantasy-worldcup.com now!