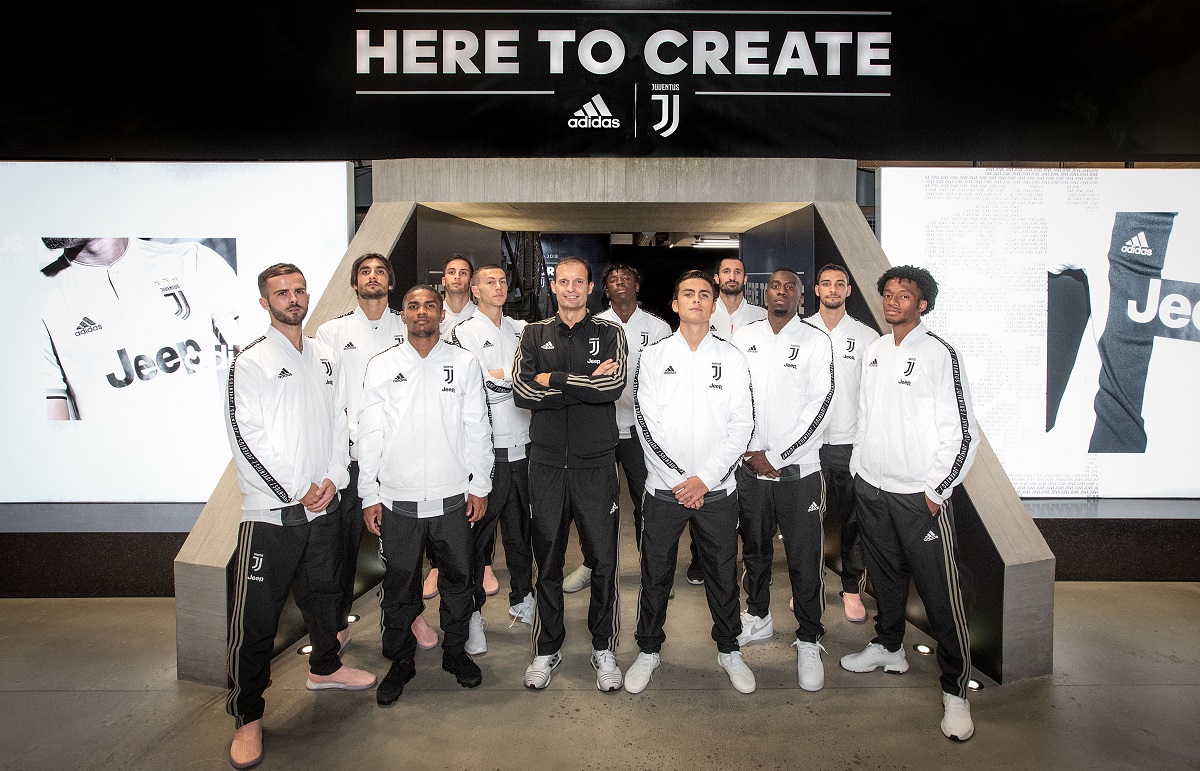 Several players partook to an event in collaboration with Adidas in Milan yesterday and Massimiliano Allegri and Miralem Pjanic talked to the fans and to the press. The coach commented mostly on the Scudetto race: “The credit for the results we obtained so far goes to the footballers who actually play the game. We hope to have few more satisfactions and to reach our goals, we are just at the beginning of the season.”

“Inter and Napoli are our rivals. The Nerazzurri played a great game against Lazio, they took a tumble only against Parma at home, which could happen in Football. They can fight with us and with Napoli, they were built for this purpose. Luciano Spalletti is an experienced coach and led them back to Champions League, they are a worthy opponent this year. The Partenopei are continuing the same path they were on under Maurizio Sarri with Carlo Ancelotti at the helm, they are achieving important results, maybe in a slightly different manner. He is champion and he is an added value because he brought international experience and instilled self-confidence in everybody.”

The Bosnian playmaker talked about the same topics: “The Scudetto takes a year-long work. Some think it is easy for Juventus, but there is a lot of sacrifice behind it. Obviously Champions League is one of our main objectives, also for the management and the fans. The squad is aware of its strength and we will try to win whatever is possible because the roster is very deep and competitive. We are good enough to succeed everywhere.”

“As far as the Ballon d’Or goes, there are few players that had a great season and the ones that shined in the World Cup have to be taken into consideration. Cristiano Ronaldo  was the key man for Real Madrid in Champions League and he belong to the group of people that could win it. I hope he will be successful, but it is a particular trophy that is awarded following some special parameters.”

Blaise Matuidi spoke about the Portugal star to RMC Sport France: “He does things that nobody else does. He helps the team play better and his teammates feel stronger. He is a leader, you can sense that when he has the ball. His practices shocked me, he is simply fabulous. After the Manchester trip we were very tired, but he trained like I have never seen before the following day. He told me he needed to keep working. At 33-years-old, he is an example for everybody.”

Pick your stars and fight other Fantasy Managers at www.fantasy-champions-league.com