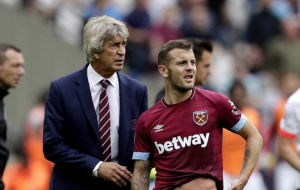 Like many other Premier League teams, West Ham have an incredibly important period coming up in December, as they prepare to play seven matches in the space of a month. Each of those is seen as realistically winnable, as the Hammers will face: Newcastle United, Cardiff City, Crystal Palace, Fulham, Watford, Southampton and Burnley. However, at a time that is notorious for causing injury, it is vital that Manuel Pellegrini manages the squad well.

The Chilean is already without Andriy Yarmolenko, Ryan Fredericks, Manuel Lanzini and Carlos Sanchez among others. He’ll be boosted by the imminent returns of Andy Carroll and Jack Wilshere, though they will both need to have their game time managed in order to avoid a return to the treatment table.

Among these two, others who should have an eye kept on them are Marko Arnautovic and Pablo Zabaleta. The Hammers’ leading scorer this season has had trouble with his knee in recent weeks, if that were to be aggravated to the point where he can’t play then the Hammers will be without their main threat, with the impact on the team being heightened due to how quickly the fixtures come along.

In the case of Zabaleta, Pellegrini has already claimed that he will be looking to rotate the Argentine, saying that at 33-years-old he shouldn’t be playing that number of games in such a short space of time. With his usual replacement Fredericks suspected to be out until after the New Year, Pellegrini will have to find a suitable replacement for when Zabaleta is rested. Michail Antonio was used at right back by Slaven Bilic which didn’t go down well, so he may not be used. Another option could be Reece Oxford – seemingly down to his last chance to impress in a West Ham shirt- who played at right back multiple times while on loan at Borussia Monchengladbach last season.

There have been times already where a youngster has come in due to injury and ended up impressing enough to keep their place. Declan Rice and Grady Diangana are the two main examples, as they’re currently regular features in the starting line up. This could encourage Pellegrini to use the likes of Oxford, Nathan Holland, Marcus Browne and Joe Powell at certain points during the festive period in order to keep his older and more experienced players injury free.

The manager will of course need to find a balance between keeping players match fit and fielding a strong side. As he has already stated, it is far from guaranteed that the Hammers will win a plethora of games just because they’re avoiding the biggest teams in the league. However, it is important that they do pick up points, as despite being 14th in the table, they currently sit just four points outside the relegation zone. This is arguably the most vital period of Pellegrini’s tenure at West Ham to date, it is also likely to be the most difficult to manage. West Ham’s manager has struggled at times since moving to East London, though it’s imperative that he and his team get things right in December, as if they don’t they could be in trouble.