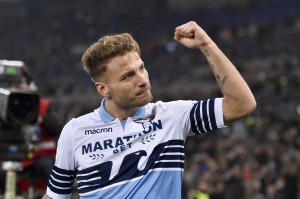 One step forward, two steps back. That would be a simple way of reviewing the last few days for Lazio, who secured a massive win away to Champions League rivals Inter on Sunday only to fall to an exasperating defeat at lowly SPAL three days later.

The race for the top four spots is far from over and Simone Inzaghi’s side can still count on having a game in hand to gain ground on their rivals, not to mention an easier run-in, but there was no mistaking what a momentous missed opportunity the game in Ferrara was.

You can’t escape the feeling that Lazio may look back on that performance with regret come the end of the season, but perhaps the most concerning lesson to take from the loss was that Ciro Immobile is still showing no sign of turning around his stuttering form.

In the first half, with the score still goalless, Immobile dropped his shoulder to dart goal side of a defender and found himself 12 yards out with just the goalkeeper to beat.

The Italy international hit his finish straight into the goalkeeper and the danger was cleared. He was later punished for his profligacy.

There’s little doubt that a confident Immobile would’ve buried that chance with his eyes closed. But he appears to lack belief at the moment as he goes through what, by his astonishingly high standards, is a difficult period.

Maybe that’s the problem. Immobile has been lethal over the last two seasons, scoring 26 goals in his first season in Rome and 41 in his second. This term, he has 17 in all competitions. That is by no means a poor return, but because he has set the bar so high, the fans, coaches, and his team-mates all know he is capable of better. That expectation can weigh on a player.

The 29-year-old has struggled to get into a rhythm since the turn of the year. In 12 league appearances since the start of December he has mustered just three goals, one of which came from the penalty spot.

There have been some speed bumps along the way. An injury kept him out of the win over Empoli in February, an accumulation of yellow cards meant he was suspended for the 4-1 hammering of Parma a month later.

But the striker has been symbolic of the trait that has plagued Lazio above all in recent weeks; a lack of cutting edge in front of goal.

SPAL aside, three points would’ve been taken away to Fiorentina a few weeks ago were it not for wastefulness, while a 3-0 aggregate scoreline did little to reflect a balanced Europa League last 32 tie against Sevilla that could’ve easily gone the other way had the Roman club showed a little composure at key moments.

Italy CT Roberto Mancini probably didn’t realise quite how astute he was being when he reviewed Immobile’s performance for the national team against Finland during the recent international break.

“I have no particular criticism for Immobile,” he said.

“When a forward seeks a goal with a sense of anxiety, it just makes things more difficult. He needs to stay calm and focus on the teamwork, as he practically picked up the ball in defence and took it to (Moise) Kean for the goal.”

Mancini struck on a couple of important points. Firstly, that there is far more to Immobile as a player than being a deadly finisher, as his work-rate, leadership and link-up play have been just as important to Lazio’s success in the last couple of seasons as his ability to put the ball in the net.

But secondly, and perhaps crucially, is that the striker appears anxious. Anxious to score, anxious to return to the level he was at last season, anxious to finally take Lazio over the line and into the Champions League.

Logic would suggest that the more relaxed he is, the better his chances of rediscovering his swagger and one positive for Immobile in that sense is that his place in the team is never in doubt.

The club simply don’t have a viable alternative. Felipe Caicedo has improved this season but is still light years away from becoming an effective No.9, while the young Pedro Neto has shown glimpses of talent but isn’t naturally suited to a central role in Inzaghi’s 3-5-2 system.

Things were ticking along very nicely for Lazio before the fiasco in Ferrara, with Luis Alberto and Sergej Milinkovic-Savic finally reminding everyone of why they were showered in praise throughout last season.

This is the first time of Immobile’s spell in Rome that he is being questioned for his form in a Lazio shirt. The first time the critics are on his back.

His team needs him to respond sooner rather than later if Lazio are to make a prolonged charge for the top four and finally put the looming shadow of last season’s final-day collapse behind them.