With May around the corner it’s not surprising to see the amount of transfer rumors increasing as fast as the box office figures for the new “Avengers” film. Team’s sporting directors have already worked on Bosman signings as well as the early stages of transfer negotiations, but while looking for additions is what excites the fans, having a strong sense of what the squad needs is equally important.

While we’ll look at the specific teams needs for all of the top Serie A clubs in next couple of weeks, let’s first focus on who the most irreplaceable player is on each squad (which is by no means necessarily the best player). This exercise will give us a good sense of where each top Serie A team needs to focus in the summer

Mehdi Benatia’s surprising departure in January highlighted Chiellini’s importance to Allegri’s squad. While Leonardo Bonucci did improve Juventus’ passing game, which shouldn’t be understated when you consider that aside from Pjanic the rest of the midfielders are below average in this regard, the former Milan captain was responsible for most of the goals Juventus conceded so far this season.

For the second season in a row, Rugani received significant opportunities to play, but despite getting a contract extension it’s hard to argue he made the most of them. Simply put, Juventus was a different team without Chiellini, who will turn 35 in August- upgrading the center back position maybe even more important than in the midfield when you consider Emre Can’s improvements in second half of the season and Aaron Ramsey’s imminent arrival. 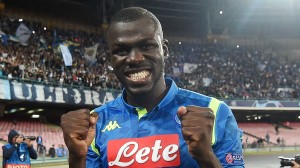 While Chiellini isn’t Juventus’ best player, its hard to argue against Koulibaly being both the best and most important player at Carlo Ancelotti’s disposal. The center back has arguably been the best player at his position in the league the past two seasons and he’s become even more important in light of Raul Albiol’s recent injury.

Considering Napoli’s ability to find quality midfielders, both in Italy and abroad, they are much better off trying to replace someone like Allan and Zielinski than Koulibaly, a player who has completely embraced the city and looks likely to stay for years to come despite being courted by numerous top clubs. While Maksimovic has shown improvements this season, Napoli still needs to focus further on finding Koulibaly a long term partner in the middle of the defense.

Borja Valero’s biological age and Radja Nainggolan’s lifestyle which makes him older than he is, make the Croatian international Spalletti’s most important player. Last summer Inter did try to bolster their midfield by pursuing Luka Modric and Arturo Vidal, a pursuit they’ll have to resume in the coming weeks.

Look for Marotta and Ausilio to monitor Brozovic’s teammate on the Croatian national team Ivan Rakitic, should he fail to  sign an extension, Inter could make a strong push to acquire him.

No team in Serie A had a more devastating offensive trio than Zapata, Ilicic and Papu Gomez this season but for a team to do as well as Atalanta has you also need someone who can cover for them. Freuler was already considered one of the most underrated defensive midfielders in Serie A going into the season, but he has elevated his stock to go along with his team’s rise.

Numerous clubs in Serie A and abroad will be testing the Percassi’s family resolve this summer when it comes to their jewels, but when you consider Gasperini has to exciting prospects in Castagne and Barrow at wing back and striker, keeping the Swiss international will be more important than others. 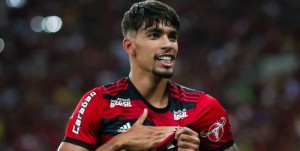 Just a few months ago the story line was that investing substantially on a young Brazilian with no experience in Europe at a time that the club was facing FFP restrictions was a huge gamble. Fast forward to the last few weeks and Milan’s game plan and offensive strategy has been described as “il nulla” (nothingness) since Paqueta’ suffered an injury.

While Romagnoli and Bakayoko are better players at this stage of their careers, Milan does have some options at their positions and Piatek has a more than adequate backup in Cutrone- but both strikers suffer from a significant lack of service when Paqueta is out. Bonaventura’s expected return will help, but Milan needs more creative players to improve next season.

The giallorossi have numerous intriguing options in the midfield and while Dzeko has had a down season, Ranieri does have a few options offensively especially when you consider El Shaarawy’s consistency and brilliance. But the back line is a whole other story especially since Monchi didn’t sign any new additions in January leaving the squad with Fazio, who has become a liability in a 4 man defense while Marcano and Juan Jesus are backups at best.

To make things worse, Manolas has a very reasonable exit clause worth 36 million euro (which is also valid in Italy) making the center back position a massive priority for whoever is named as the club’s next sporting director.

While the former Sassuolo center back’s name has been in the headlines recently for the incident with Kessie’ and Bakayoko, his performances on the pitch had already made him into one of the story lines of the season. Acerbi proved to be a brilliant replacement for De Vrij, but he is simply not enough if Lazio wants to continue being in the mix for a Champions League spot- none of the other center backs on Inzaghi’s squad can be described as above average at their position.