Recently, it’s been heavily reported that Chelsea boss Maurizio Sarri is nearing an exit, and is close to signing a contract with Italian champions Juventus. This comes following a successful season in London, that saw the Italian tactician steer the English giants back into the Champions League after a solid third-place finish, and claim the Europa League in emphatic fashion.

Despite his success, Sarri intends on leaving, and is likely returning to Italy with the bianconeri as front-runners for his signature. According to Italian media outlets, the former Napoli boss feels his work at Chelsea went under-appreciated, and is leaving as a result of this. While Juventus’ offensive players will be licking their lips at the prospect of Sarriball, including a certain Cristiano Ronaldo and Paulo Dybala, one player to keep an eye on is Daniele Rugani.

The defender had a torrid season under Massimiliano Allegri, and failed to take his game to the next level, as many expected him to. Every time he featured, Juventus’ rearguard looked shaky, and never had any sense of cohesion. However, Rugani is a player Sarri has valued for a long time now, and even pushed for his signing when he was at Napoli. Even if it never materialized, it shows Sarri holds the defender in high regard. 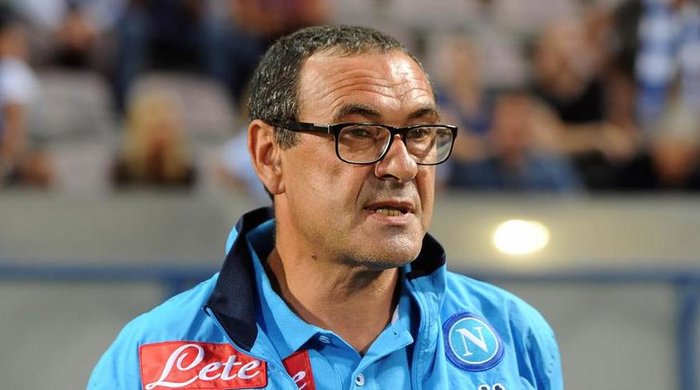 When the pair were together at Empoli, the young defender was a crucial part in the tactician’s setup, and played an integral part to his possession-based buildup out of the back. Outside of his confidence on the ball, Rugani was a lockdown defender in Tuscany, something that he has since failed to translate to Juventus.

At Juventus, it’s been a complete different story for the centre-back. Often playing second fiddle to Leonardo Bonucci, Mehdi Benatia or Giorgio Chiellini, Rugani has struggled for consistency, and has looked a shade of his former self when called upon. This season, the former Empoli man was regularly bested by physical opposition, and often looked timid in possession. With Bonucci and Chiellini on the wrong side of thirty, it’s time Rugani steps up and delivers on the hype.

While question marks remain over his ability due to his recent exploits, Rugani was fantastic at Empoli under Sarri, and proved to be one of the league’s top defenders. Should Sarri join the bianconeri, as it’s largely being reported by the ever reliable Romeo Agresti, expect Rugani to have a bigger role at the club. In addition to the added responsibility, the 24-year-old will have the complete faith of his manager, something that might have been lacking under Allegri.

With his newfound confidence, Rugani will experience a resurgence of sorts, and could potentially develop into the defender many expected him to be. Under Sarri, much like it was the case at Empoli, Rugani could continue his progression as a ball-playing defender. In recent times, this aspect to Rugani’s game has stagnated, as he has focused solely on defending.

With his risk-averse mentality holding him back, Rugani hasn’t been able to demonstrate his complete ability, and has since been labelled a flop. That being said, expect the tune to change under Sarri’s guidance and witness Rugani reborn. After all, it may just be his last shot at redemption in Turin.