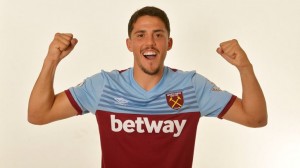 Over the past few seasons, it’s been quite easy for a young individual to announce himself as a player with an immense career ahead of him and be regarded as the next big talent. However, the situation has quietly been different for Pablo Fornals, someone who was a regular starter in midfield and was a key player for La Liga side Villarreal. However, the club and player did not have a solid season as per their normal standards, as the lack of consistency and squad quality became concerning month by month.

Fornals only returned to Villarreal in the summer of 2017 after spending five beneficial seasons in Malaga’s first team as well as their reserve team, and was recently linked with a £24million move to Premier League’s West Ham United. With the deal now becoming official yesterday, it would mean that Villarreal would be making an estimate profit of around £15million and potentially any add-ons or bonuses, which is quite good for a player that was seriously looking for a move since the January transfer window.

Before West Ham smartly snapped him up, both Arsenal and Napoli were interested in the Spaniard a couple of week ago, but were no longer looking at the player and have moved onto the other midfield targets they have in mind. The Yellow Submarines have not seen many major departures so far this summer, but it has shockingly began with Pablo Fornals moving from sunny Spain to rainy England.

Over the last 10 to 15 years, Villarreal have been recognised for the types of centre-backs and central-midfielders they have purchased for quite a bargain, before going on to developing and nurturing them into top quality players. The likes of Giuseppe Rossi, Joan Capdevila, Marcos Senna, Ruben Cani and currently Bruno Soriano have played for this beautiful and passionate club, individuals who have given their all on the pitch whilst becoming fan favourites during their good moments and bad moments.

The current Villarreal squad is still blessed with quite a number of individuals that are born and raised in Spain, including the experienced Santi Cazorla, captain Bruno Soriano, the calm and collected Vicente Iborra and Gerard Moreno, someone who has not had the best of seasons in front of goal but will always be a huge aerial threat, as long as the crossing is effective from the flanks.

Which world-class central-midfielder is he similar to…

It’s still early days for Fornals to be dubbed or regarded as the next Cesc Fabregas or Koke, however, his style of play is very similar to team-mate Santi Cazorla, who once upon a time was a crucial player for Arsenal and was seen as one of the most underrated players in England. With his constant knack for wanting the ball and his ability to dominate it whilst being seen as the focal point of the midfield, he is able to avoid the press with his dribbling skill as well as his intelligent movement.

On top of that, he is more than capable of producing a large number of perfectly-timed passed thanks to his range of passes and his sharp vision to even attempt, which is something that many central-midfielders don’t take the risk to complete. The style of play of both himself and Cazorla is something to admire, given that the latter flourished in the Premier League and the former will without a doubt, do the same as long as a system is in place and the team is built around him, and no one else.

Complete midfielder. Not many players within La Liga, especially from outside of Atletico Madrid, Barcelona and Real Madrid, can boast about playing in a number of tactical roles within midfield whilst dominating the match and the opposition. Due to this natural blessing, Fornals’ quality has always been undervalued, purely because of the other talented midfielders and attacking-minded players produced within Spain.

Being a player that does not rely on pace or physicality, the Castellon-born midfielder has proven himself to be dominant on both sides of the pitch. From completing the second most key passes (42) and fourth most successful dribbles (39) when compared to the rest of the squad, he has actually achieved more than expected as the side have recently not been known as a possession-based team. Thanks to his intelligence and positive thinking on the ball, he is able to work really well within tight areas and has the actual ability to get past one or two defenders or midfielders without even trying.

Although it will be his range of passing as well as his rising quality to get the best out of the midfield that may be what the West Ham supporters will be looking forward to the most. However, Fornals’ has had a bit of a consistency to give away cheap fouls and also in a number of dangerous positions. Unfortunately for him, the Premier League referees will not be be too lenient and inconsistent like the ones in La Liga.

On the other hand, it is ideal and useful to have a player that is quite stocky, aggressive and is willing to go into the much needed tackles and tactical fouls. With a number of players that come to play in England from other European countries, they tend to lack the defensive duties or the mentality to help the team to retrieve possession, which will surely not be a problem for Pablo Fornals at all, as he always puts the team before him.

How would he fit into West Ham?

Fornals could potentially play alongside Mark Noble and just ahead of defensive-midfielder Declan Rice in 4-1-4-1 formation, which is a system that manager Manuel Pellegrini has used time and time again, that has allowed the Hammers to play with the ball confidently and also more productively.

Given that Jack Wilshere has become unreliable and is still battling his own injury issues whilst both Mark Noble and Robert Snodgrass are starting to age and decline, it makes sense Pellegrini’s side to continue to play their football in a 4-1-4-1 setup, providing more space and time for Fornals to pull the strings deep in midfield or to advance up the pitch in possession to create chances for his team-mates or for himself.

With a lot of things spicing up for West Ham, including the fact that they have been scouting and recruiting players effectively for the last couple of seasons. It wouldn’t be a total surprise to see them aiming for a Europa League spot finish for the upcoming campaign, despite the competition from the likes of Everton, Leicester and Wolves.

On the other hand, the budding transfer of Fornals and Celta Vigo’s Maxi Gomez could prove to be perfect signings in the long run, and only if the East London side go on to finish within the top seven, especially in what could potentially be a really competitive season. Now that the deal is official, the Spanish international will certainly be regarded as one of the best signings of the summer window and also for such a really low fee.