The first month of the summer transfer window was quite painful for Roma. While almost everyone expected to see Kostas Manolas leave because of his below market value exit clause, seeing him end up at Napoli was the worse case scenario, since not only did he stay in Serie A, he went on to improve a direct competitor for a Champions League spot. Then we had both De Rossi and Totti leave the top in controversial manner, followed by El Shaarawy’s decision to play in China.

The giallorossi’s new sporting director Gianluca Petrachi inherited a team that lost its captain, best defender and most consistent attacker after failing to qualify for the next edition of the Champions League. But the former Torino ds has made significant progress in rebuilding the giallorossi in the past few weeks.

Petrachi addressed the two positions with the most imminent needs by acquiring Pau Lopez and Gianluca Mancini. The former Real Betis player is the most expensive keeper in Roma’s history, his acquisition is a clear sign the club learned from the mistake of gambling Olsen to replace Alisson while the former Atalanta center back confirmed at the recent Under 21 Euro that he’s ready to become an important player for Mancini’s senior Azzurri squad. 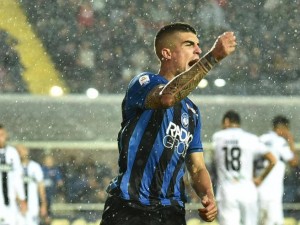 The improvements shown by Bryan Cristante in the second half of last season, should give Roma fans hope that Mancini won’t be another example of Gasperini’s fool’s gold struggling at a bigger club. On top of his defensive prowess, Mancini also was the defender to score the most in Serie A last season.

Petrachi also rekindled an important relationship on the transfer market with Juventus. Following Miralem Pjanic’s move to Turin via his exit clause, the giallorossi had stopped doing business with the bianconeri- but the clubs rekindled their bond by consuming a deal that was mutually beneficial financially with Leonardo Spinazzola moving to Italy’s capital and Juventus acquiring the younger Luca Pellegrini (both clubs recorded a significant capital gain for this transaction).

To help replace De Rossi’s contributions on the pitch, Roma made significant investments in Amadou Diawara and Jordan Veretout. Both players have significant Serie A experience and could be the starters in front of the defense in Fonseca’s 4 2 3 1 with Lorenzo Pellegrini playing in his preferred role behind the central striker.

Petrachi’s first round of moves will likely have a domino effect on what we can expect next. After a disappointing first season in Serie A, Steven N’Zonzi will almost certainly be sold since there’s no longer a need with him with Diawara and Vertout on board- he’ll likely join either Marseille or Lyon. Spinazzola’s ability to play on both sides of the pitch will likely make Alessandro Florenzi expandable, his departure would continue the exodus of the “Romani” from the club and of the players with high salaries.

The deal for Spinazzola could be the appetizer to a bigger move between Juventus and Roma. The bianconeri are determined to move Gonzalo Higuain, and despite his brother’s public stance of not wanting to play for another Serie A team, the Argentine striker is warming up to the idea of being the focal point in Fonseca’s attack. But now the clubs have to find a suitable financial arrangement because Higuain enormous annual salary of 18 million euro before taxes isn’t sustainable for Roma.

Juventus are trying to convince Higuain to extend his contract which currently has two years remaining to add a third season while lowering his salary over the live of the contract. The bianconeri would likely have to sweeten the deal to ensure they don’t have his amortized value on the books for the current fiscal year.

In addition to Higuain, Roma are also looking to add Suso to bolster their front line- but at the moment Petrachi would prefer to send a player to Milan in exchange rather than just pay his 40 million exit clause- but it’s hard to envision Boban and Maldini having any interest in the likes of Javier Pastore.

While Pau Lopez and Mancini are a nice start to the improvement of a subpar defense, Petrachi needs at least another starting caliber center back because of Fazio’s age and Marcano’s return to Porto. Landing Toby Alderweireld would be ideal since he would bring significant experience to help in Mancini’s growth- just like Higuain, it would be a substantial financial investment but at least Roma can count on Franco Baldini (who previously worked for Alderweireld’s current club Spurs) working as the intermediary in the negotiation.

Petrachi will also have to figure out what to do with Edin Dzeko, who would almost certainly join Inter should Gonzalo Higuain arrive, as well as Nicolo’ Zaniolo. The giallorossi have struggled to reach an agreement with his agent Vigorelli on an extension, and judging by Petrachi’s public quotes, there seems to be quite a bit of distance. Zaniolo could be used as an asset to unlock either the Higuain or Alderweireld deals while bringing in a significant plusvalenza.

While Petrachi inherited numerous challenges, he has started to rebuild a new Roma by addressing the biggest needs first- what he does in the coming weeks will now determine how ambitions the giallorossi can be next season.