There is no doubt Alberto is a massive Juventus fan yet that is not what makes him a popular and well-loved person. It was a pleasure to have him in a two-part Q&A back in April 2020. In fact, just over a month ago Alberto discussed in an initial Q&A Juve legends from Roberto Baggio to Alessandro Del Piero and Gianluigi Buffon.

Alberto is also involved heavily on Twitter and social media in general. You can follow him on his Twitter handle @AllJuveCast. He not only focuses on promoting Juve and sharing his stories as well as trying to give a voice to other Bianconeri fans but he also has great giveaways including historic Juve kits from his tremendous collection. 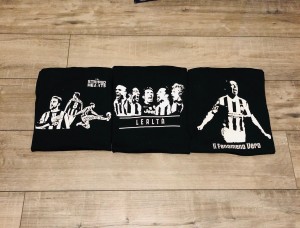 In recent times, Alberto has taken his love for the Bianconeri a few steps further and mixed that passion for the club with his thoughtfulness and generosity. Alberto has helped design a plethora of shirts- obviously with a strong Bianconeri theme. When asked about his newest project, Alberto happily took time from his busy schedule to briefly discuss @Striped_Hearts and what the project stands for.

Even the designs which finally make it to the production phase are chosen carefully and are made available to the public- well, Juve fans to be specific- after a nod of approval from the Juve faithful. In Alberto’s own words: “the designs are voted for by Juve fans worldwide and only the most popular ones are then taken to production.”

This highlights what kind of person Alberto is. He is not only loyal to the club and a very ardent supporter, but he is also heavily involved in spreading word and sharing fabulous stories about the Bianconeri. However, as great as Alberto’s work has been to give a vote to the Juve supporters who at times feel disengaged or left out, his finest work is the fact this project is also a for a good cause on top of being a labor of love.

Alberto mentions that: “Proceeds of all sales go to a rotating carousel of charities I support as well,” and this in itself highlights his giving nature and his willingness not only to give the time and effort to further promote Juve and other club-related aspects but also a strong desire to help in every possible way. Politicians carry an agenda, Alberto carries the Bianconeri colors in his heart but also seeks to do good in the name of the club he loves. 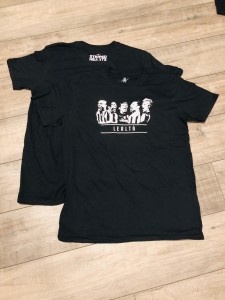