It’s a great shame that when Santi Cazorla plays what is widely expected to be his final La Liga game against Eibar on Sunday there will be no fans in the stands at El Madrigal to give him the sendoff he so clearly deserves. At another time in other circumstances, the Villarreal support would have brought down the house.

Cazorla wouldn’t just have been given a warm reception from his own fans. Along with Joaquin, the 35-year-old is probably the most universally popular player in the Spanish game at this moment. Of course, this status has been helped by the fact the playmaker never played for Barcelona or Real Madrid, but the way he plays the game has endeared him to millions.

Villarreal confirmed on Saturday that the match against Eibar will be Cazorla’s final game for the club. The 35-year-old has a number of options, with Beskitas and Saudi Arabian side Al Sadd both making offers to the player for one more season on the pitch. There is speculation Cazorla also has an offer from Arsenal to join Mikel Arteta’s coaching staff from next season.

After the season Cazorla has enjoyed, it’s a shame that he is leaving La Liga at all. The veteran playmaker has been in such form, scoring 11 goals and assisting eight times over the course of the campaign, that many presumed he would be a part of Luis Enrique’s Spain squad for this summer’s European Championships. That would have been a fitting reward for a truly remarkable season. Cazorla is indeed back among Spain’s best midfielders. That’s the level he is performing at.

Cazorla’s form is made all the more impressive when the nadir of his still recent injury troubles are taken into account. As recently as 2018, he looked certain to retire from the sport, with doctors even telling the player that he would be fortunate to walk again after contracting an infection.

The return to Villarreal gave Cazorla to rebuild his fitness and his career, with the 35-year-old coming up big for the Yellow Submarine over the last two seasons. The stands at El Madrigal might be empty when Cazorla takes to a Spanish Liga field for the final time on Sunday, but there will be fans of all persuasions around Spain saluting a true great of his generation.

Real Madrid beat Atletico in the Madrid derby to move 3 points clear of Barcelona who got a nervous win over Levante. Atletico have been underwhelming and this weekend looks to have put paid to their title. It’s a two horse race now between Real and Barca.

Let’s look at the 11 players who performed the best in La Liga at the weekend.

Only a few goalkeepers achieved 7 points at the weekend but our vote goes to Courtois because he was able to keep a clean sheet in the very important Madrid derby against a quality side.

Damien Suarez is having a very good season and he had a great game at the weekend as his side beat Athletic Bilbao 2-0. He kept a clean sheet and also scored a goal for a perfect weekend. Suarez would cost 7.5m to bring in.

Sergio Ramos what more can you say about the quality of his defending. He kept a strong head too as he usually gets sent off in Madrid derbies and he help to keep a good clean sheet in 1-0 win.

Varane has a great chemistry with Ramos and it showed again, these two are world superstars and keeping a clean sheet ensured that Madrid are now top of the table. You can add Varane to your team for 8.5m

Djene is doing very well at the back for Getafe keeping another clean sheet and also that is his 8th of the season and he is valued at just 5.5m so seems a real bargain.

Carlos Soler was the highest scoring midfielder in La Liga in a strange weekend that saw few points for the midfield maestros of the league. Soler got the only goal as his side Valencia beat Celta Vigo 1-0.

Cazorla earned 5 points and had a great game as Villarreal won their match 3-1. He assisted for the opener and then scored the 2nd goal through a penalty. But he dropped some points as he was booked late on.

Betis drew 1-1 with Eibar and Betis have to thank Fekir for the goal. He has become a firm favourite with the fans, even if he is having a mixed season but maybe this goal will ignite his form and he may be worth taking on?

Ruben Jimenez earned another 4 points and he now has 13 in total and would cost only 5m, and could be a bargain if he has a strong finish to the league campaign.

When Lionel Messi is not the hero for Barcelona someone else has to be and Fati has been superb this season, a real find. Barca beat Levante only by 2-1 but it was Fati who grabbed both goals. His value is sure to go up soon but he is currently just 5m.

Carlos Fernandez scored a goal and assisted in one just like his teammate so it was hard to split the players. But at the end of the day it was Fernandez’s goal that settled the game and won it 2-0 for Granada so he gets the nod. He has scored 4 goals this season.

This weekend sees another full list of LaLiga clashes as Madrid prepares for the derby when Real host Atleti on Saturday afternoon.

Unai Simon is the third-highest scoring goalkeeper in fantasy LaLiga so far this season but far cheaper than Thibaut Courtois and Jan Oblak. Simon is on 55 points.

The highest-scoring defender is another incredible bargain at just 3.0 million. Yuri is another Athletic Bilbao player.

A good cheap defender and another Athletic Bilbao bargain! Yeray is a great choice for many fantasy LaLiga managers.

Daniel Carvajal is enjoying some consistency at right-back this season for Real Madrid and is one of Los Blancos’ cheaper options.

Sevilla’s Brazilian centre-half is enjoying a strong season so far with Sevilla.

Parejo, the Spanish playmaker, having another fine season at the Mestalla.

Five goals and one assist from Osasuna’s midfield makes Ruben Garcia one of the surprise packages of the LaLiga campaign so far.

Veteran midfielder Santi Cazorla only returned from long-term injury last season. He has been in great form for Villarreal.

The 20-year-old Norwegian star who is still owned by Real Madrid has a huge future in the game. Martin Odegaard has performed brilliantly this season.

Lionel Messi won his sixth Ballon d’Or last week. The Argentine wizard missed the first few weeks of Barcelona’s season. Messi looked to be coming back to his best with two goals in the Copa del Rey during the week.

This weekend sees another full list of La Liga clashes as Spanish football’s top flight settles in for the second half of the season.

END_OF_DOCUMENT_TOKEN_TO_BE_REPLACED

We have another full schedule of LaLiga games coming up in Spain this weekend.

END_OF_DOCUMENT_TOKEN_TO_BE_REPLACED

We have another full schedule of LaLiga games coming up in Spain this weekend.

Two rounds in, thirty-six to go. What tales has LaLiga in store for us between now and next May?

It’s time to look ahead to the upcoming games in Spanish football’s top tier as you decide on what changes, if any, to make in fantasy LaLiga.

Always a great choice, Jan Oblak will be confident of another clean sheet against Eibar. END_OF_DOCUMENT_TOKEN_TO_BE_REPLACED

There were some shocks in the opening round of games of the LaLiga season.

Athletic Bilbao scored a late winner to take all three points from league champions Barcelona. A night Antoine Griezmann and co will look to forget as soon as they can.

Real Madrid looked solid in their 3-1 win at Celta Vigo, even without Eden Hazard. Karim Benzema certainly hit the ground running for Zinedine Zidane’s side.

Atletico Madrid and Sevilla both started with three points from their games while Villarreal and Granada played out an enthralling 4-4 draw at the Estadio de la Ceramica.

This weekend, LaLiga again has games on Friday, Saturday and Sunday. END_OF_DOCUMENT_TOKEN_TO_BE_REPLACED 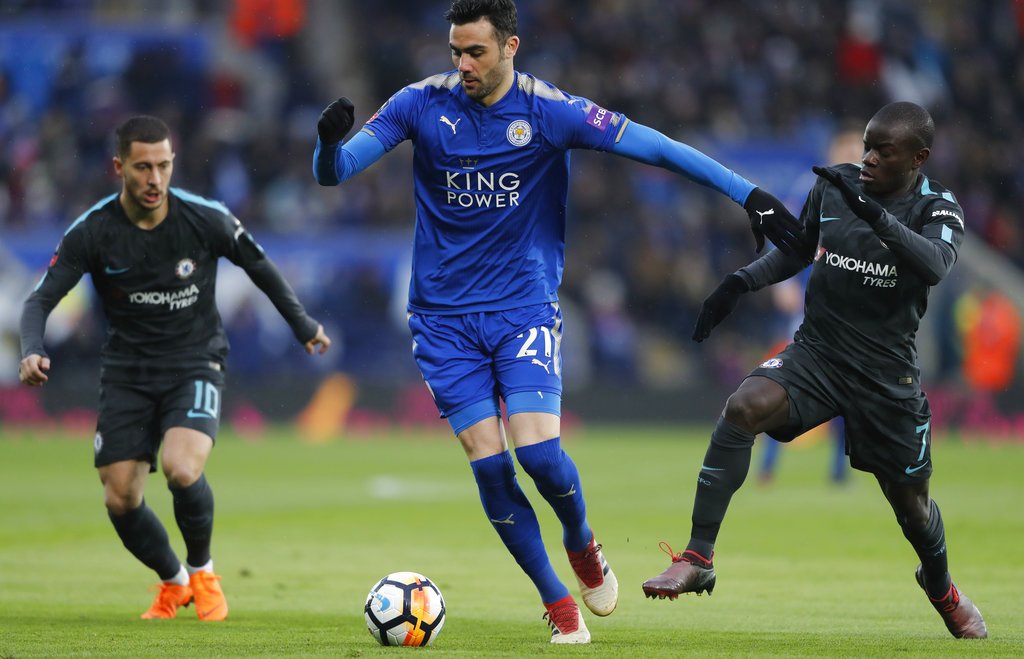 Vicente Iborra looks set to return to La Liga, after 18 months with Premier League side Leicester City, with Villarreal is likely destination.

Iborra, who won three Europa League titles during his time at Sevilla between 2013 and 2017, was signed by The Foxes to bolster their midfield options following the exits of N’Golo Kante and Danny Drinkwater, to Chelsea.

The move was heralded as Leicester moving in the right direction after big name departures, as the 2015-16 Premier League champions saw off a number of interested parties to get the deal over the line.

END_OF_DOCUMENT_TOKEN_TO_BE_REPLACED

Villarreal begin their Europa League campaign against Rangers on Thursday night, and the Yellow Submarine need a positive result to kick start their La Liga campaign.

However they have not been able to pick up where they left off at the start of the new campaign, with two defeats and a draw in their first three league matches.

That miserable run was ended last weekend, with a much needed 1-0 victory away at Leganes, but the issues remain.