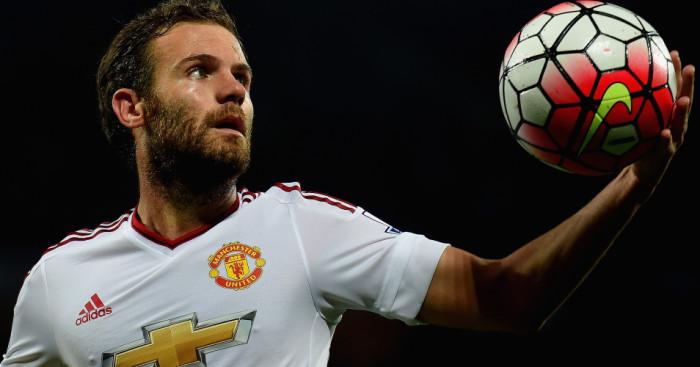 Manchester United playmaker Juan Mata scored one goal and brilliantly assisted another against German Bundesliga side Vfl Wolfsburg in the Champions League on Wednesday night to help lead his side to victory. And despite having scored and created eight goals in 10 games in all competitions this season, does Mata get the praise he deserves?

The 27-year-old scored nine goals and made four assists in the Premier League last season, but was more singled out for his performances in the second-half of Louis van Gaal’s debut season. Now, Juan Mata seems at the peak of his powers, and is scoring or creating a goal in nearly every game for Manchester United without getting the credit warranted.

Against Wolfsburg, Mata levelled the game by scoring from the spot, but his fantastic backheel assist for Chris Smalling really got the supporters applauding. The Spanish international has been outstanding this season, creating more chances in the Premier League than the likes of David Silva and Cesc Fabregas, and was singled out for praise by Sky Sports pundit Matt Le Tissier.

“I thought Juan Mata was excellent all night. He looked a threat coming in from that right-hand side onto his stronger left foot and creating chances. He was probably the difference. It was his brilliant flick that created the second goal for Chris Smalling. It was a fantastic bit of skill,” he said.

Mata set Manchester United back around £37M from Chelsea, and took his time to win the supporters over. But one look to his goals and assists shows just how consistent he’s been throughout his time at Old Trafford. Despite a fine showing against Wolfsburg, his manager Louis van Gaal refused to lavish too much praise on the Spaniard, but he’s stolen the headlines after playing a major role in both goals.

At Chelsea, Mata was scoring double figures in the Premier League, while assisting over 10 goals too. He was achieving such a tally on a consistent basis, so it shouldn’t be much of a surprise to see him in scoring form for Manchester United, but his impressive antics go under the radar compared to others. When compared to the Premier League’s best playmakers this season, Mata certainly belongs high up in the rankings. The former Valencia has been outstanding of late, and shows no signs of slowing down. He’s paying off the large transfer fee, and is a pivotal part of the Manchester United squad under Van Gaal.