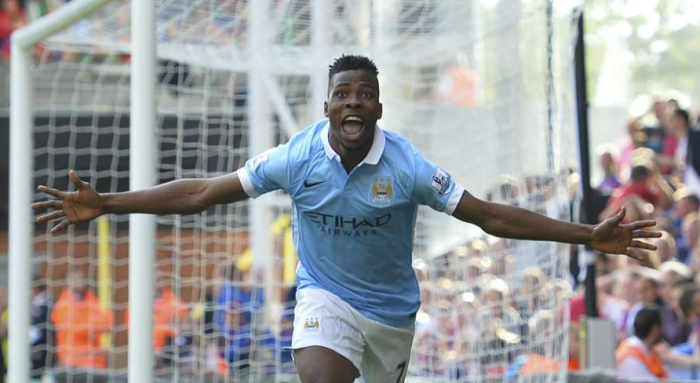 Young Manchester City striker Kelechi Iheanacho has been making the most of game time presented to him by manager Manuel Pellegrini, and has been one of the surprise-packages of the season so far. The 19-year-old has made six Premier League appearances, all from the substitutes’ bench, and has already scored his first senior goal for the club. Such form has also seen him called up for the Nigerian national team ahead of World Cup qualifiers to come.

Iheanacho’s debut goal for Manchester City was a late winner against Crystal Palace, and he’s since added to the tally with a Capital One Cup goal versus the Eagles a month later. He has a composed nature about his finishing, and isn’t short of confidence either. Signed from the Nigerian Taye Academy in January 2014, Kelechi Iheanacho has developed quickly, and could have been playing last season but for an ankle injury.

In addition to his Capital One Cup goal against Palace, Iheanacho also set up two chances, and is looking a very good striker option as cover for the likes of Sergio Aguero and Wilfried Bony. Eyebrows were raised when Pellegrini allowed the likes of Alvaro Negredo, Edin Dzeko and Steven Jovetic all to leave the Etihad Stadium in the summer, but clearly the Chilean boss had Kelechi Iheanacho in his mind to feature this season.

Pellegrini has been full of praise for Kelechi Iheanacho following his exploits against Palace, but added that his impressive form hasn’t come as a massive surprise given what he sees from the Nigerian on the training ground. “He didn’t impress me because I work with him every day, so I know what he can give to our team. Last season I think he was ready to do it,” said the City boss.

“We talked about his work permits but unfortunately for him he had a very serious injury in his ankles. That is why he couldn’t play last season. Now he is ready and I am very happy for him to demonstrate what he can do. But it is just one game, he must repeat, he must improve.”

“In the way he demonstrates what he can do, of course he has an option to start. It is not easy position to start in this team because we have important players like David (Silva), like Kun (Aguero). But in this moment they are not fit and for me it just depends on the performance of the players who start.”

Two goals and two assists from 133 minutes of game time isn’t a bad way to introduce yourself, and Kelechi Iheanacho could go on for a bright career if he can build on his impressive early season form.