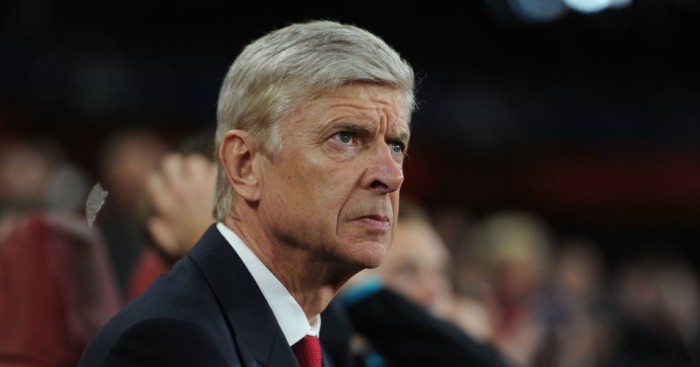 In addition to sitting at the summit as they welcome in the new year, Arsenal top the charts for most points amassed in the Premier League in the last 12 months. The Gunners have 81 points from 38 games played, nine points clear of the chasing pack, and manager Arsene Wenger believes his side are in great shape to replicate such a record over the course of an entire season to win major silverware. They picked up 42 points between January and May of 2014/15 and have 39 points from August to the end of December this season (2015/16).

“I believe that we are mature enough and that we have the requested quality to fight and compete. The most important thing is to feel, at the end of the season, that we have given absolutely everything to be successful. After that, if somebody has been better than us, we will accept it, but we want to fight to show that we have a chance.”

Arsenal are top of the Premier League at the mid-point of the season, and sides that have led in the division by the half-way marker have more often than not gone on to seal the title. Wenger, however, isn’t being drawn into comparisons, and instead believes his side will have to earn the right for major silverware.

“We have a good chance as the statistics show you that eight of the past 11 years the team who was top on New Year’s Day won (the Premier League title), but it is not the date that is decided you win the league. We have to rise above that and show that we can deal with (the expectation).  We can have great solidarity in every single game and after that we have a chance. We have chance and we want to fight for it,” Wenger added.

Arsenal have been in this situation only recently, however, leading the Premier League for the longest period in 2013/14 before a late slump saw the Gunners relinquish the crown to the likes of Manchester City, Liverpool and Chelsea who al finished in the top-three. For 2013, the Gunners also picked up the most points (82) too. This season is slightly different due to the inconsistent form of every side in the league.

Manchester City continue to drop points in their away games, while the likes of Leicester City and Crystal Palace are currently occupying two spots in top-five, so the table is likely to look a lot different come May. Arsenal have been one of the most consistent, and have their destiny in their hands if they are to win a first league title since 2004.