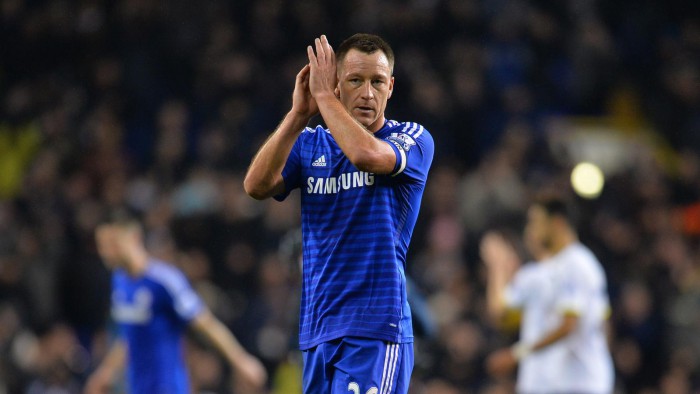 Chelsea defender John Terry recently revealed the club won’t be offering him a new deal to keep him at Stamford Bridge past the summer, and added that he could consider a move abroad to continue his playing career as he won’t join another English side. The veteran centre-back has been the cornerstone of Chelsea’s success in the last decade and more, but is deemed surplus to requirements by the club hierarchy.

“I was told last week before the Arsenal game that it’s not going to be extended. It’s my last run in the FA Cup so I want to make it a good one. It’s a big season for me and I want to push on – not just in this competition but in the Premier League as well. Mentally I’ve kind of accepted it. We just have to move on. “They said thing might change when the new manager comes in, but it’s a no at the minute,” the former England international revealed.

Terry has played a big part in Chelsea’s domestic and European success in the 2000s onwards, and while struggling for consistency at times this season, still remained an influential figure to have about the squad. The 35-year-old can certainly feel mistreated given the likes of Branislav Ivanovic has earned himself a new deal despite a woeful season in regard to form. But now Terry could follow in the footsteps of Fran k Lampard to the MLS.

“I couldn’t play for another Premier League club, so it will be elsewhere for sure,” he admitted. But (until then) my performance isn’t going to change – the way I train, what I give for the club. I want to give everything and finish on a high, on 100 per cent good terms with the club. Chelsea will move on. No player is ever bigger than the club. Ideally I would have loved to stay, but they-re moving in a different direction. No doubt they’ll sign one or two great centre-backs.”

It’s not the fairy-tale ending Terry admitted he wanted to have with Chelsea, but there is still a slim hope of a U-turn when the club make a permanent managerial appointment in the summer. But for a player who has achieved so much for one club to be left in the dark about his own future looks bad on Chelsea. There are tens of unwanted players on the Chelsea books that are being loaned out until the end of their contracts that have more job security than Terry.

Has John Terry been treated unfairly by Chelsea?