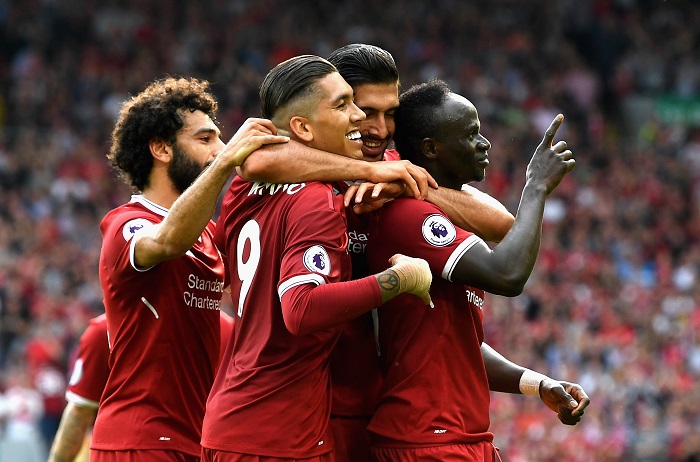 Liverpool’s dismantling of rivals Arsenal during an enthralling display of footballing dominance signified a warning shot to the rest of the Premier League title hopefuls that the Reds are serious in their pursuit of securing a first league crown since 1990.

In a breath-taking performance, Jürgen Klopp’s men imposed themselves upon an abject Arsenal team that was seemingly devoid of any belief that gaining a result away from home was a real possibility.

An enthralling attacking display saw the Anfield faithful savouring arguably one of the best performances of the modern era, as the men in red highlighted just why they can deliver big points for those willing to back them.

With Firmino, Salah and Mané having invariably put the front three positions on lock down, signing any one of them could prove to be a valuable asset for your 2017-18 campaign.

Senegalese winger Sadio Mané has built upon the form of his excellent maiden season in the red shirt of Liverpool, scoring in all three of Liverpool’s league matches – arguably delivering even more incisive football since his transition to the left of the front three from the opposite wing.

New boy Mohamed Salah, who signed this summer from AS Roma in a deal touted as being in the region of €42m, has also won plaudits for having hit the ground running since his arrival on Merseyside, grabbing three goals and one assist in all competitions thus far.

However, it is the performances of the in-form Roberto Firmino that have perhaps most caught the eye.

With three goals and two assists across all competitions already under his belt during the opening stages of what could be an exciting campaign for Liverpool, the Brazilian appears readied to take up the mantle as the star of the team from his compatriot Philippe Coutinho – who remains in self-exile as he seeks to force through a move to Barcelona.

Read more on Firmino: How “the most underestimated player in world football” can play a critical role in your 2017/18 campaign

Whilst Liverpool’s ominous attack encaptivated the imagination of the majority of onlookers, the Liverpool defence will also prove to be another topic of interest in the season ahead.

Whilst Klopp’s men have garnered a reputation for being open at the back and soft when facing set pieces, the statistics suggest that they have actually proven somewhat more resilient when out of possession than common perception would have you believe.

The reds have kept seven clean sheets in their last nine league games ( including six in their last seven), meaning that opting for one of their defenders could prove a valuable tactic for securing some regular points.

One point of warning, however, is Jürgen Klopp’s propensity to rotate the players in defensive positions. With Cameroonian centre back Joël Matip being the only defender to feature in every game thus far this season, he might be the safest bet available.

Whether it be goals or clean sheets that you are hoping to add to your team for the season ahead, you would be foolish to look past the options made available to you by Liverpool.