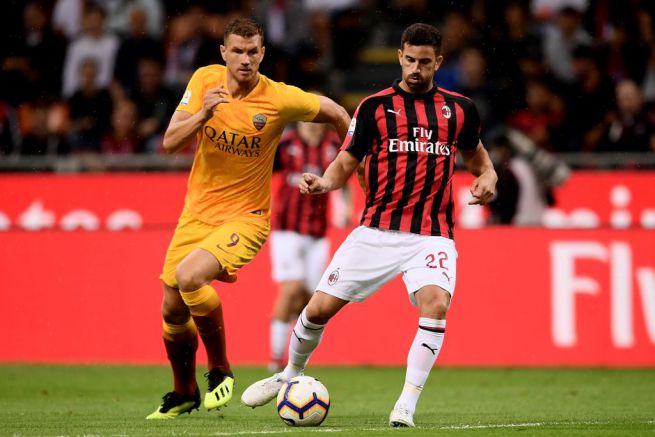 Napoli-Sampdoria: the Partenopei had a disappointing two-game meeting with Milan, as they did not manage to beat them in the weekend and then got got in Coppa Italia. They are undefeated at home, where they have won four games in a row, often scoring multiple goals. The Blucerchiati are coming off a thumping against Udinese, their fourth W in the last six fixtures and they lost only to Juventus since the beginning of December. While Lorenzo Insigne is stuck in a prolonged drought, Arek Milik has done most of the damage for the Azzurri up front, with Dries Mertens chipping in from time to time and some contribution from José Callejon, Marek Hamsik and Piotr Zielinski, but not in a consistent way.Fabian Ruiz is suspended for this one and they are waiting for Simone Verdi to regain his condition after a long stretch on the shelf. Fabio Quagliarella will be gunning for the all-time record against his former team, from which he divorced very messily, and close to his hometown. Manolo Gabbiadini could soon become their most valuable second-striker, since Gianluca Caprari is injured, Gregoire Defrel has not scored in ages and Dawid Kownacki is a goner. Gaston Ramirez and Riccardo Saponara are both in good form and Jakub Jankto should get a shot here with Dennis Praet suspended.

Juventus-Parma: the Bianconeri survived their worst performance of the year in Rome against Lazio and brought home yet another win thanks mostly to Joao Cancelo and Federico Bernardeschi, who wreaked havoc off the bench, but could not replicate that in Coppa Italia versus Atalanta. Parma let SPAL came back from two-nothing to win the game on their turf, however they got the better of their opponents in their last two away matches and in general have been better on the road. Due to a busy schedule, the Old Lady might rotate the squad a bit, but their main reference points remain Cristiano Ronaldo, Paulo Dybala and Douglas Costa. Mario Mandzukic might be able to return from injury here and Moise Kean could be a sneaky pick if given a chance from the jump. As for the Ducali, Gervinho and Roberto Inglese have divvied up their goal tally almost completely, with Luca Siligardi as the third wheel, but Jonathan Biabiany has been playing more lately.

Inter-Bologna: the Nerazzurri looked really lackluster in Torino and were upended by the Granata, while the Felsinei have lost in three of their last four matches, but they could benefit from the new coach bump. The Beneamata are again in a pickle because Ivan Perisic asked to leave but there were no real offers for him and Matteo Politano picked a bad time for a red card, since Balde Keita is also out. Unless they patch things up with Perisic, they might be forced to marshal the 3-5-2 they used in Turin, which, besides having Lautaro Martinez and Mauro Icardi together, is pretty uninspiring. Some out of their midfield need to step up, starting with Radja Nainggolan and Matias Vecino. There could obviously be some chances in Bologna’s style now and Sinisa Mihajlovic vowed to be more aggressive than his predecessor, which might bode well for the likes of Roberto Soriano, Nicola Sansone, Mattia Destro and Riccardo Orsolini. They desperately need somebody else to step up because Federico Santander and Rodrigo Palacio have not carried them far on their own.

Roma-Milan: just as it looked like the Giallorossi were about to turn the corner in a big way, they squandered a three-nothing lead in Bergamo and got obliterated by Fiorentina in Coppa Italia. They had racked up four wins in the previous five contests. The Rossoneri held Napoli to a nil-nil tie and then eliminated them from Coppa Italia with the help of a superb Krzysztof Piatek, who did not take long to showcase his skills with his new team. Edin Dzeko finally busted out of his slump, while Nicolò Zaniolo and Stephan El Shaarawy continue to be fantasy stars. The absences of Bryan Cristante and Stevan Nzonzi might force Eusebio Di Francesco to rely on weird solutions and they might a little more vulnerable in the midfield. As for the Devil, the Gunslinger might take the ball and run from here on out and here he has a better supporting cast, Suso and Lucas Paquetà in particular, while Hakan Calhanoglu keep struggling to produce. Gennaro Gattuso has ruled out utilizing Patrick Cutrone and Piatek together as a permanent solution.

Frosinone-Lazio: with the assist of an early red card, the Ciociari grabbed their second win of the season in Bologna, re-emerging after few paltry outings. The Biancocelesti did not manage to get the monkey off their back despite a fantastic performance against Juventus and remain winless versus top teams. Camillo Ciano and Andrea Pinamonti are The Gialloblù’s main guys and they usually get a lot from their flank game, provided by Paolo Ghiglione and Andrea Beghetto. Lazio will be without Sergej Milinkovic-Savic and this pretty much ensures that Luis Alberto and Joaquin Correa will be out there slinging together. Even though they are coming off two losses, the Eagles are usually very effective against the minnows, so their linchpin Ciro Immobile could be a worthy pick here.