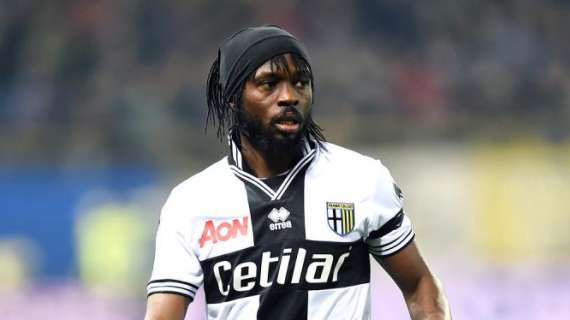 Napoli: Dries Mertens suffered a blow to the tibia against Roma, while Elseid Hysaj has some muscle fatigue: they are questionable but they have been called up. Lorenzo Insigne is not expected to be back in this round, while David Ospina remains sidelined with a head injury. Raul Albiol, Vlad Chiriches, Faouzi Ghoulam and Amadou Diawara remain out.

Inter: Lautaro Martinez and Stefan De Vrij should stay on the mend with their thigh problems. Mauro Icardi could be called up in this one. Radja Nainggolan returned in the last game.

Milan: Andrea Conti has been ruled out due to some muscle fatigue in his thigh.

Lazio: Joaquin Correa subbed off due to back pain versus Inter and he might not be available for the midweek round. Patric has shaken off the flu, while Stefan Radu could skip another one due to an ankle sprain.

Atalanta: Rafael Toloi remains out of commission due to an ankle injury. Josip Ilicic was limited by a sore knee but still able to contribute against Parma.

Roma: Kostas Manolas is suspended. Lorenzo Pellegrini has made the squad list after missing time with a thigh strain. Aleksandar Kolarov and Daniele De Rossi played on Sunday after muscular injuries, Javier Pastore could be back too, so only Stephan El Shaarawy and Alessandro Florenzi, all dealing with calf ailments, should be out for this round.

Sampdoria: Albin Ekdal is destined to miss another one due to a wounded knee. Riccardo Saponara and Gaston Ramirez featured in the Milan clash, Bartosz Bereszynski (flu) was called up but unused.

Torino: Iago Falque has suffered a MCL sprain that will sidelined him for some time. Ola Aina is still suspended.

Fiorentina: Federico Chiesa has been called up, while Edimilson Fernades stays out due to a thigh problem.

Parma: Gervinho bowed out of the Atalanta game due to a muscular issue and will miss the next one, like Jonathan Biabiany (knee sprain) and Roberto Inglese (high ankle sprain). Bruno Alves is dealing with a calf problem and is out too. Ceravolo is banged up, while Leo Stulac has made the squad list after a long absence.

Sassuolo: Jeremie Boga suffered a knee injury agaisnt Bologna and will take some tests shortly. Marlon has suffered a hamstring injury that will cost him a couple of games.

SPAL: Lorenco Simic is dealing with some muscle fatigue.

Udinese: Jens Stryger Larsen and Sandro are suspended. Bram Nuytinck (thigh) and Marco D’Alessandro (calf) have been ruled out again.

Bologna: Mattia Destro strained his thigh while celebrating and will miss two-to-three weeks, but they could have Federico Santander back from a shoulder sprain. Federico Mattiello has suffered a hip muscle strain.

Empoli: Kevin Diks (thigh) and Levan Mchedlidze are set to remain on the shelf, while it will be a while before Antonino La Gumina is ready to come back.

Frosinone: Federico Viviani suffered a muscular injury in the last match that will be assessed today or tomorrow.

Chievo: Fabio Depaoli is suspended while Nenad Tomovic is having a hard time recuperating from a thigh strain.

Do you have what it takes to challenge the best Serie A Fantasy Managers? If you’re for it play seriea-fantasy.com now!