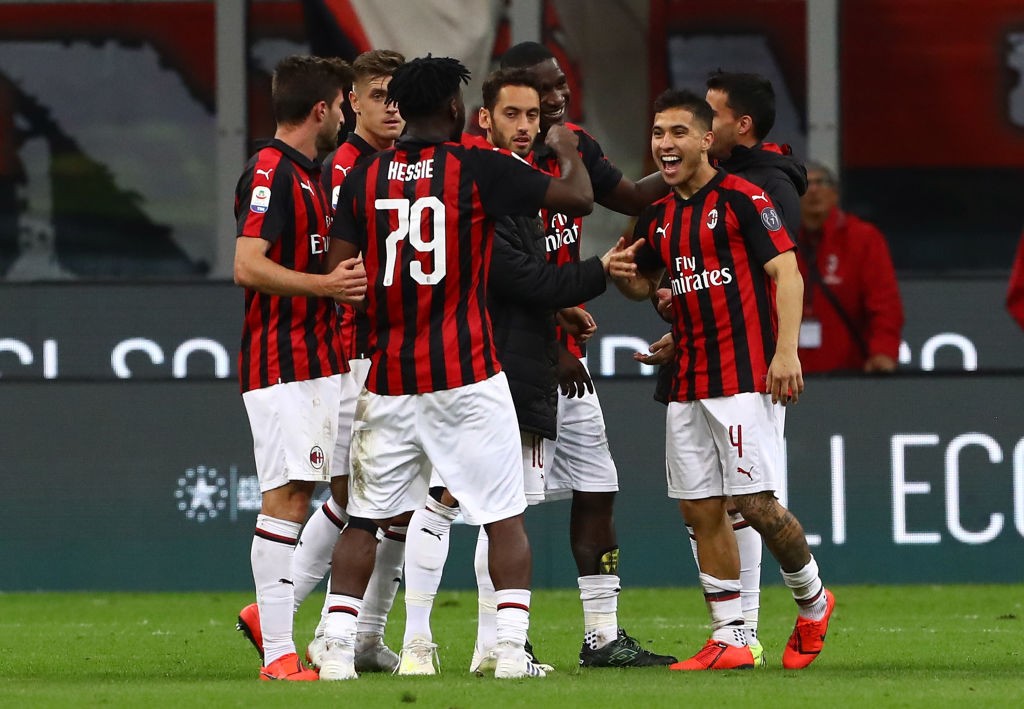 AC Milan did what they had to do and secured all three points against Bologna this evening, keeping the Champions League dream well alive ahead of the clash with Fiorentina on Saturday.

However, the Rossoneri certainly didn’t make it easy for themselves. The first half offered end-to-end play, though Bologna were certainly on top for a majority of the first 45 minutes. Despite this, Milan managed to break the deadlock through Suso, who got past multiple defenders before slotting it home in the 37th minute. From there on, Gattuso’s men instantly looked more comfortable, unlike what we have seen in the last few games.

As the second half kicked off, Milan continued to control the possession, for once looking very confident and promising. Borini was introduced in the game after 60 minutes, and it didn’t take long before he made his mark. Just seven minutes later, he followed up on a rebound and doubled the lead for his team, with the win now looking ever so certain.

However, in the 72nd minute, Bologna halved the deficit through Destro as Sansone found the former Milan man in the box with a brilliant set-piece routine. As if that wasn’t enough for the home side Paqueta was sent off three minutes later after getting into trouble with the referee.

Luckily, Gattuso’s men managed to ride the storm, keeping hold of the ball well in the final minutes despite being one man down. Three huge points for the San Siro side, as the Champions League is now well within reach with three games to go of the season. Unfortunately, Paqueta will miss the clash with Fiorentina due to suspension, but Romagnoli will return after serving his ban this evening.

“These are important points, as we were sixth earlier today, now we are right there for the Champions League. We’re not in great shape and knew we had to work hard, which we did.

“The players were angry with me because I kept them away from their families for five days, so I told them to turn that anger into positive energy on the field and I think they did that.

“If you look at our squad, we’re giving our all at this moment. We’re not in the best shape right now, that’s obvious, but with all our injuries, the change of club ownership and everything else we’ve been through, we’re doing all we can.

“I want to thank the 50,000 fans who showed up tonight, as I thought they were going to jeer us, but they cheered the team on from start to finish,” he concluded.