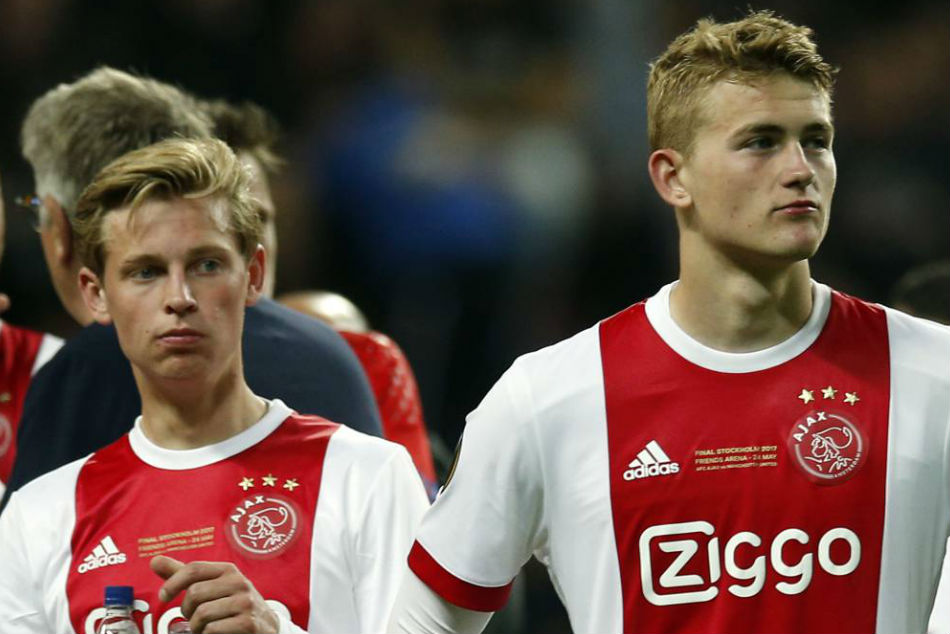 La Liga champions FC Barcelona are becoming increasingly concerned that their deal for Ajax skipper Matthijs De Ligt has derailed, due to interest from rival clubs in the teenage defender.

De Ligt enjoyed a fine season at the heart of the Dutch side’s defence, as they secured the domestic double, and reached the Champions League semi final stage.

However he has been clear in his preference to move on from the Johan Cruyff Arena this summer, with a queue of top sides looking to gain an edge in the race to sign him.

The frustrating part for Ernesto Valverde’s side is that despite being the first side to formalise their interest in him, their instability to get a deal sorted before the end of the 2018-19 campaign has seen the competition increase.

De Ligt will have been on the radar for most of his suitors for the past 18 months, however his end of season form has confirmed what the Catalan side had originally focused on – his elevation into world class.

Manchester United, Juventus and Paris Saint-Germain have now all entered the race, with De Ligt himself keeping everyone guessing, until he returns from his summer holiday.

Valverde is aware that must regain an advantage, if he wants to sign the earmarked successor to club legend Gerard Pique this summer.

The key to getting things back on track could well be De Ligt’s former Ajax team mates Frenkie De Jong, who agreed a move to Barcelona back in August.

The 22-year old was another one of the Ajax’s star men in 2018-19, and the La Liga champions wasted no time in sealing a move for him – but in turn neglected to tie up the De Ligt deal.

Both players have consistently stated that they would love to continue their club careers together, and it is Barcelona’s prerogative to use whatever tactic they can to keep De Ligt in their sights.

The role of former team mates, and friends, has become an increasingly influential factor in football transfers across Europe, and Valverde needs to utilise this.

If he fails to do so, De Ligt’s agent Mino Raiola will be only too happy to court the attentions of other sides, and allow De Ligt to be influenced by Cristiano Ronaldo and Neymar at their respective sides.

Barcelona acted swiftly with De Jong, and now they need their new man to assist in their next move.