In the second part of our Q&A, Alberto- you can follow him here @alljuvecast- discusses Juve’s weaknesses, coach Maurizio Sarri, Gonzalo Higuain and a few other topics! Without wasting more time. Here goes:

1) Where do you rank Sarri among the current generation of Italian coaches? How about among coaches worldwide?

I have a difficult time ranking Sarri. His Napoli side played beautiful football. He didn’t win titles but played incredible football. His press conferences leave a lot to be desired as he appear to say the first thing that comes to mind while also showing a negative or what some call “loser” mentality.

Even this season after the defeat to Napoli, his words post match essentially insinuated he was fine with losing to Napoli because he’s happy for his former club. Then you go back to last year’s scenario with Kepa when the Chelsea goalkeeper refused Sarri’s decision to be subbed out.

All that shows potential issues with the squad and perhaps specific players. I still question if Juve is too big for him. I also question how stubborn he is, however, before the current forced break he showed he was starting to sort out our best XI benching Pjanic and having Ramsey play as Mezzala. Having said all the above I believe he is perhaps the 6th out of a list of top 10 managers today. He has work to do to be in the top three discussion.

2) How good is Antonio Conte? He won the Premier League title at first try, so do you consider him tactically savvy and superior to Sarri?

I think Conte is an incredible motivator. Tactically though he has no alternatives to his main plan. What you see is what you get with him. It’s going to be a battle this season as his teams will fight until full time but if you get the jump on him and shut down his pivots his teams will struggle immensely. Again being such a great motivator is one of his best traits and one of the reasons were so close to Juve.

3) What are Juve’s weaknesses? Is it the right-back or left-back position? Many mention the midfield while some refer to lack of alternatives for Dybala or CR7 when they’re not playing?

Fan aren’t wrong for saying we have weaknesses in certain positions but in my opinion, I look at the cause of that and I think Juve’s weakness is the lack of overall planning in the transfer market as well as managing current contracts.

For years now, it feels Juve have a weak spot or go into a season with holes and I think it’s due to managing current players and contracts. Sometimes being unable to let certain ones go and other times rewarding players with extensions and pay hikes for unwarranted reasons. This is our weakness as well as selling players. We need to do better as we have lost certain players who could have been very valuable to us because we needed to balance the books. Juve shouldn’t be in that position if the club managed the contracts better.

4) Juve built a reputation for signing players on a free, or making bargain deals. Who is possibly the next bargain signing by Juve?

There’s quite the list of free transfers available in 2020 but they’re older players who are still expecting relatively high wages. One bargain I’d mention is Telles. For the price being thrown around, Juve should be able to move Alex Sandro, bring in Telles and have a positive to put towards a move for Tonali. Bring back Luca Pellegrini from loan and the left-back position is covered!

5) You’ve surely heard of Haaland rising to the occasion since joining BVB. Would you rather sign Haaland, Tonali or Hakimi if you have the funds to sign just one of them, and why?

This is tough, all address a need. I think I would say it’s between Haaland and Tonali. If price and everything was the same, I would choose Haaland. Everyone knows how highly I rate him but a fast and talented finisher is something Juve needs in my opinion. We are a little too slow up front and need to stop choosing service-dependent forwards.

6) Harry Kane has decent stats this season despite being sidelined due to injury. Would you sign Kane if it’s possible and you’re the decision maker at Juve?

I think there are better options than Kane if Juve are going to bring in a striker. Nothing against him, he’s a great player but still some characteristics I don’t see fitting in well at Juve. Just a preference thing. 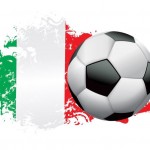 7) Would you say Higuain proved he’s worth the 90m fee paid to sign him?

I would say Higuain has been great since joining Juve. The numbers are there to back him too. Appearing in just under 140 matches and being involved in 79 goals (63 Goals & 16 Assists), is impressive. He’s scored some great ones against tough opponents as well and he’s done it in critical scenarios too. I also believe we did not have the correct mentality and approach to really maximize his output but he has had a great partnership with Dybala. Again his stats point to Higuain doing what he was asked from him.

8) At www.eurofantasyleague.com we rank over 1,500 players based on their performances as part of your fantasy football team. Only player from Juve in the top 5 rankings is Ronaldo. CR7 trails and that’s remarkable at his age. How long is he going to be that good on the field and as effective in fantasy football games?

It’s really tough to say but since he has been at Juve, I’ve been able to see much more of him. His training regimen and the way he takes care of himself are amazing. I believe that the above combined with his winning mentality, make him so effective as long as he is still committed to playing the game.

If he wants to play he will ensure he is performing at his best. I feel he will end his career while having a bit more in the tank because I don’t think he could handle playing at a mediocre level based on the high standards he has already set for himself.