At www.eurofantasyleague.com (EFL) we put emphasis on not only providing professional, prompt and quality customer service, but also trying to spread word, promote and contribute to beneficial projects to society. One such good cause has been initiated by Alberto who can be reached @AllJuveCast and who has previously discussed in brief some of his project’s key themes with Rami Soufi. Previously, Alberto participated in an engaging and interesting Q&A back in April which you can check out here. 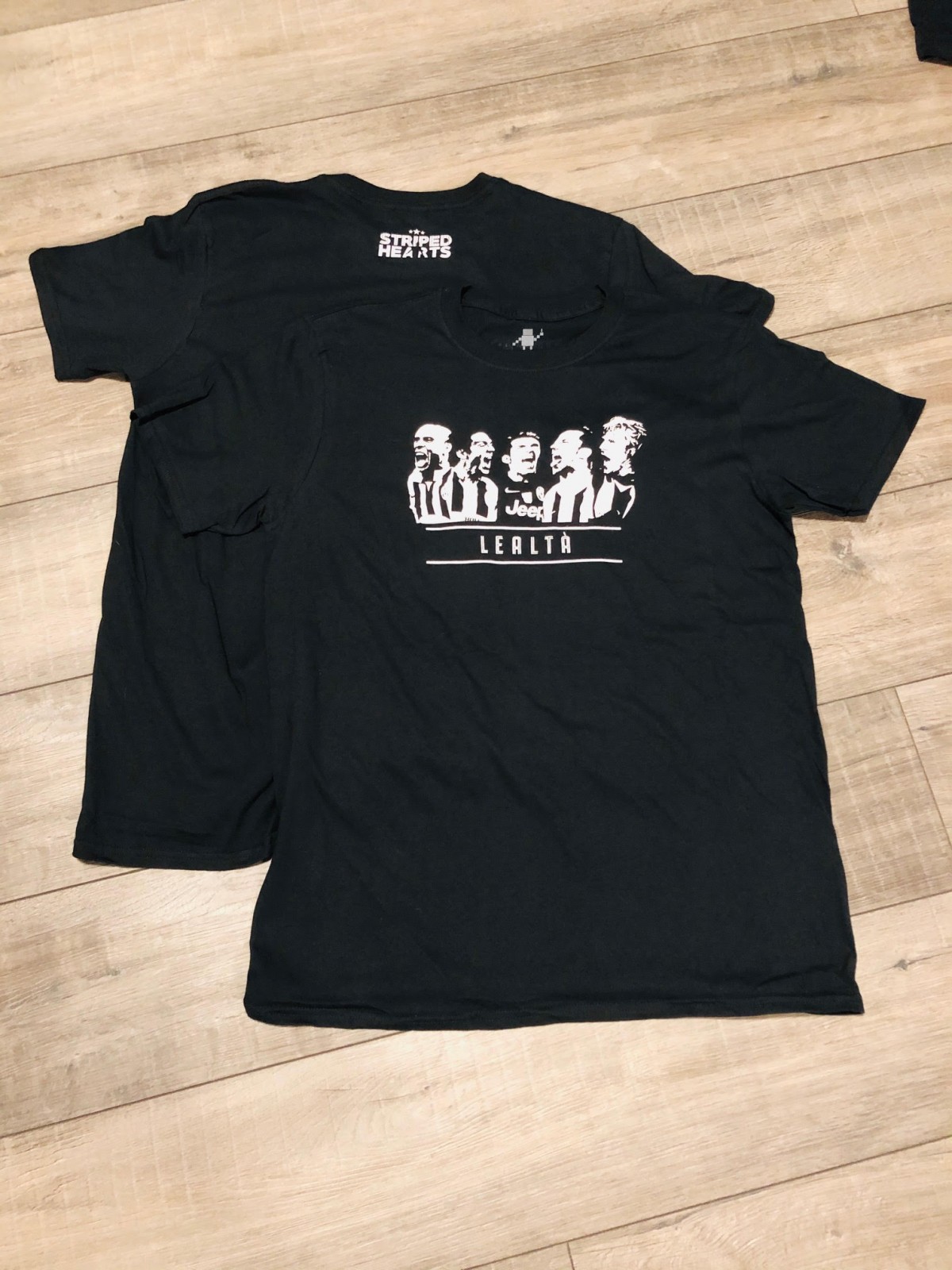 The cause is linked to Italian giants Juventus and is the fruit of Alberto’s love, labor and ideas. While this may sound like a straightforward purchase of shirts having various Bianconeri legends on them, the reality says otherwise. It is a much more involved process with Alberto involving Juve supporters in picking which designs go to production and become the beloved shirts now being proudly worn by many Juventini. 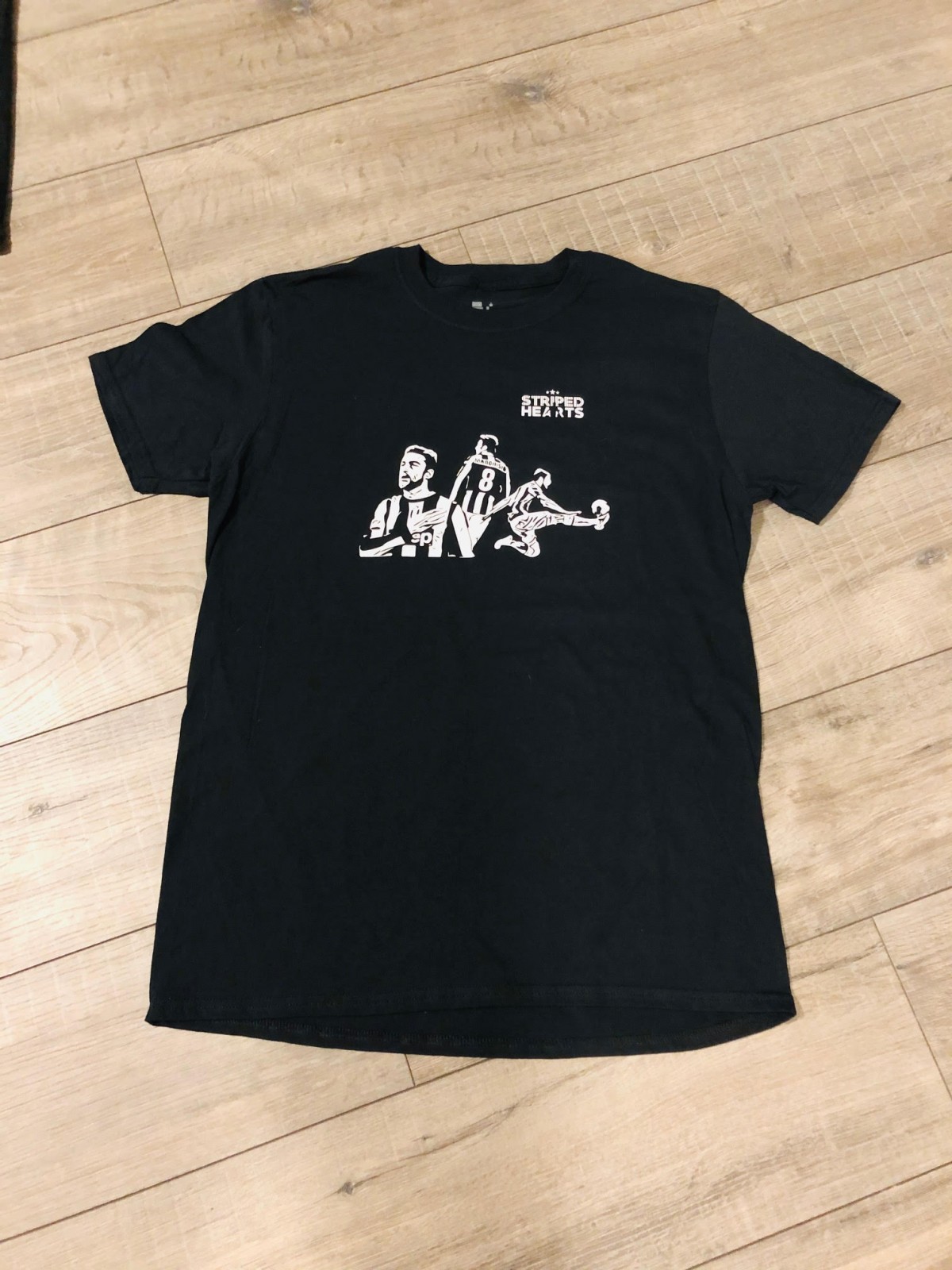 The biggest positive though is the greater good behind this project. Not only does Alberto show his love and support for his favorite club by creating and promoting designs displaying legends of the Bianconeri but he also donates the proceeds to charities of his choosing. 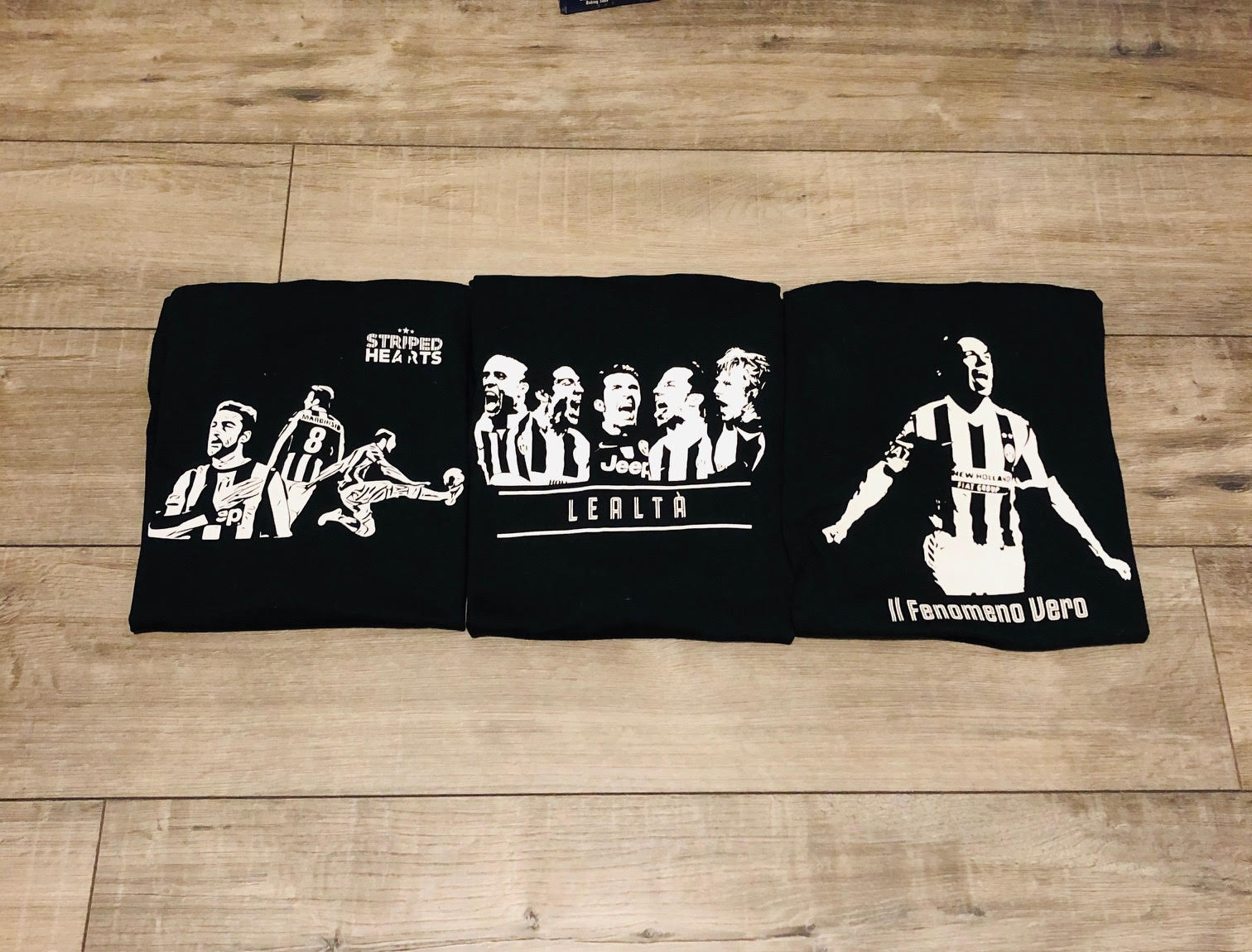 Again, we cannot speak high enough about Alberto’s objective and efforts. Simply visit Striped Hearts Apparel and contact him to pick the designs you like. For a moment, this appears as if it works almost exclusively for Juve fans yet maybe some of the Azzurri fans would like to see their heroes such as Gianluigi Buffon and Andrea Pirlo as well as some of the other legends who represented both Juve and Italy.

A big salute to Alberto! We encourage similar projects with a good cause and a positive framework. Keep going Alberto because those with the right attitude and noble objectives will most likely end up with the desired outcome. Forza Alberto!