With Queens Park Rangers manager Harry Redknapp resigning from the club on Tuesday, which has resulted in coaches Glenn Hoddle and Joe Jordan following him out the door, are the Londoners now destined to go down?

Already in a precarious position, the newly-promoted side find themselves 19th in the Premier League after 23 games, winless in their last six outings. They are the only side to not have picked up a point away from home this season, and failed to add to their squad as originally planned last month. 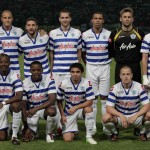 Redknapp cited his deteriorating physical condition as the reason for his departure, but the lack of transfer activity was said to be the nail in the coffin. Queens Park Rangers have been heavily reliant on Charlie Austin for goals this season, and have no contingency plan should the club’s to scorer suffer from injury.

As a result, it’s something Redknapp does not want attributed to him if the Hoops suffer relegation. He leaves the club just one point from safety, so he can rest safe in the knowledge that he had the Londoners in a place to remain in the top flight.

But losing two influential coaches along with the manager places a lot of pressure on owner Tony Fernandes to quickly find somebody to replace Redknapp. Former Tottenham head coach Tim Sherwood, and current QPR caretaker boss Les Ferdinand are the frontrunners to be named new Ranges manager, given their ties to London.

Fernandes cannot afford to take his time over the appointment, as ever point is important in the Premier League, and any uncertainty can have an adverse effect on the players, and in turn the results.

From gameweek one, Queens Park Rangers have been around the relegation zone, and 23 games in little has changed. While safety is just one win away, the Londoners have so far shown they are one of the weakest and most-struggling sides in the division, which is why they cannot lift themselves out of trouble for long enough.

Harry Redknapp wasn’t without his critics, and there are other managers who could be a good fit for the Hoops, but mid-season appointment can see the side spiral if the wrong name is brought in. This is crucial period for the club’s future, and Fernandes knows the seriousness of the situation.

Football competition completed the season’s proceedings over the past week at club level, with the Champions League final between Madrid sides Real and Atletico proving a fitting spectacle for the occasion, and Playoffs in England securing the final few teams competition at a higher level next season. Fantasy football managers were given a glimpse of which players may look forward to a continuously good 2014, while others perhaps betrayed some signs that they were not ready to move on as fast as their clubs. END_OF_DOCUMENT_TOKEN_TO_BE_REPLACED