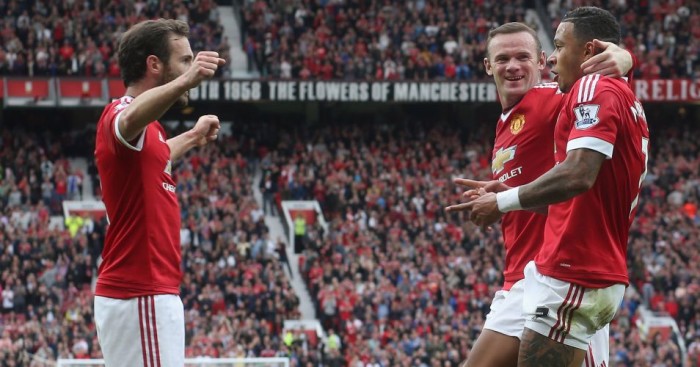 Manchester United are now third-favourites with the bookmakers to win this season’s Premier League title, with Saturday’s win against Sunderland putting them top of the table for the first time since former long-serving manager Sir Alex Ferguson left the club. It’s been  a long and difficult journey for the Red Devils since the Scottish coach resigned for his post, but Dutch successor Louis van Gaal looks to be steering the side in the right direction in his second season.

United are top of the pack after seven games this season, currently just one point above their fierce rivals Manchester City. Coming off the back of three consecutive league wins, while boasting the best defensive record early on, the signs certainly look good for the supporters. No Premier League side have won more games (5) than Van Gaal’s men so far, and suffering just one defeat in the division is real progression from last season.

2014/15 saw Manchester United lose two of their opening seven Premier League games, dropping points in four of them. After ten games, the Red Devils had lost three times and drawn four, but they have been far more consistent now. They face stiff competition to maintain their lead at the summit, with Arsenal and Man City hot on their heels, so there’s still plenty of work for United to do. However, their improvement from last season until now is clear to see. Van Gaal cannot rest on his laurels, however, as United have a very difficult run of games to come.

Arsenal (away), Everton (away) and Manchester City (home) are their next three opponents in the Premier League, and three sides who could all come away with positive results. After their tricky October games are through, United and the supporters will have more of a gauge on their title hopes with how they fare in the matches. Last season saw them take six points from the fixtures, and Van Gaal would certainly settle for a repeat this time round.

One factor that could infringe upon their hopes of winning the league crown is their Champions League campaign. Playing midweek matches in Europe in between league outings makes it difficult for the manager to rotate the side enough to guarantee positive results in all competitions with only days between the games. Manchester United dropped points in both league games after a midweek Champions League qualifier, and it’s something that could prove costly in the title race come May.