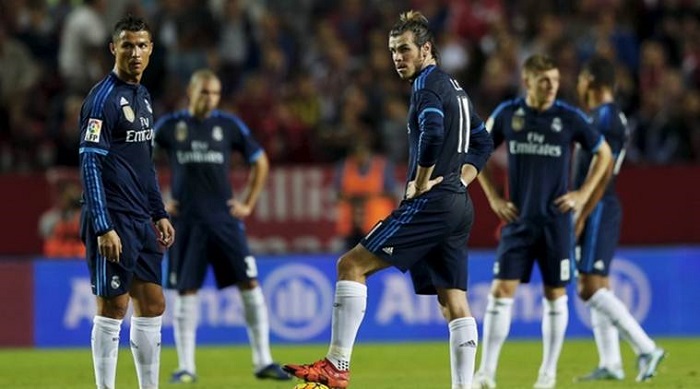 Coming off the back of two league defeats, Real Madrid travel to the Ipurua Municipal Stadium to face Eibar in the Spanish La Liga this weekend, and will be very wary of their in-form opposition. Los Blancos are coming off the back of consecutive defeats in the league, as well having little recovery time from their midweek Champions League win in Ukraine, and they lock horns with an Eibar side who will make life incredibly difficult on Sunday.

Rafael Benitez’s men are third in the table after 12 games, but followed up a 3-2 defeat to Sevilla with a 4-0 defeat against fierce rivals Barcelona, and their defence shipped a further three goals in a 4-3 win against Shakhtar on Wednesday night. Real’s poor defensive record could be exploited by Eibar’s Borja Baston (six goals in eight league starts), as well as their impressive home form that has seen them lose just once this season.

Eibar are 6th in the league this season, and have ground out results on a regular basis week after week. Los Armeros have a good defensive record, and never fail to score in front of their own supporters. Atletico Madrid are they only side to have shut them out at the Ipurua Municipal Stadium, and only Barcelona have beaten them on the road. Boasting eight points from their last four games at home against a Real side having lost back-to-back will give them great confidence of pulling off what would be their biggest win of the season.

Benitez was recently given a vote of confidence by club president Florentino Perez, but could still find himself under immense pressure if Real don’t return to winning ways this weekend. Recent form between the two sides suggests it won’t be a foregone conclusion, but the prospect of Real losing three on the bounce in the league is something that hasn’t happened for seven years.

Midfielder Isco has been recently critical of the side’s form, saying: “It’s not normal what’s happening. We have to work to prevent this, and we’ll correct the mistakes. We had to get the win and try to learn from the mistakes. Hopefully it doesn’t happen again because that can take its toll. We don’t like losing, but what we need to do is turn the page and keep improving. We’re in November, and the season is decided at the end.”

Could Real suffer a third consecutive league defeat to a Eibar?