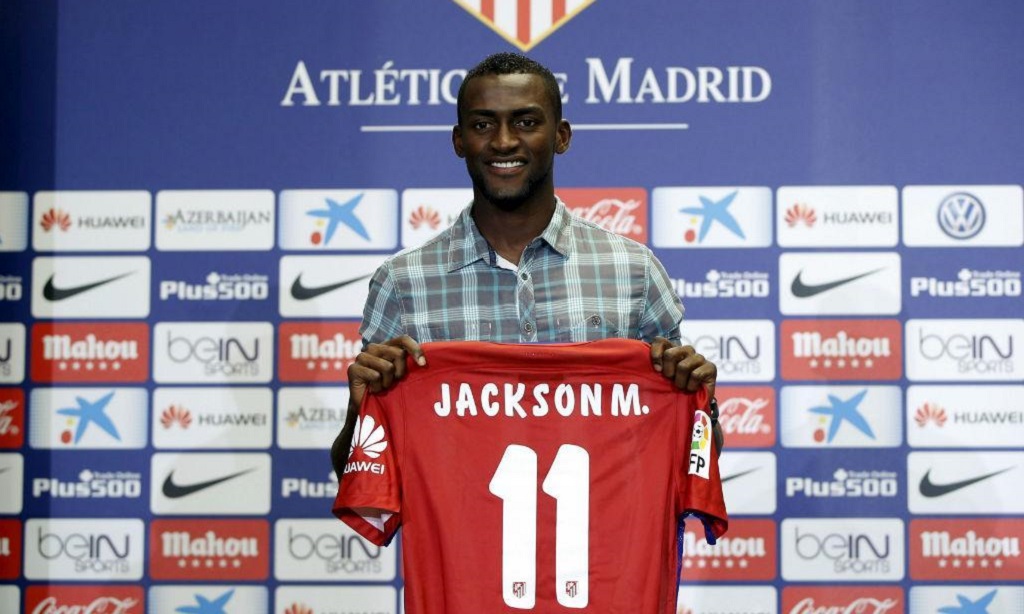 Atletico Madrid striker Jackson Martinez has been linked with a move away from Spain this season with reports suggesting the Colombian international could be part of a part-exchange deal with Chelsea’s Diego Costa. Martinez has struggled for form since making the £25M move from FC Porto, but his representatives have revealed he’s determined to prove his worth.

Agent Henrique Pompeo recently said: “I can’t say (rumours linking him to Chelsea) is a lie, this is football and nobody knows what the future holds, what I can say is that Jackson isn’t a player who leaves a club unless it’s through the front door. He’s very happy in Madrid, he loves the club, although obviously he would have preferred to have got off to a different start on a personal level, but he’s happy for the squad because things are going well.”

“Jackson is very grateful to Atletico, to (chief executive Miguel Angel) Gil Marin and (president Enrique) Cerezo, because they made a big economic effort to sign him and with calm and continuity Jackson will pay them back on the pitch. He’s had to adapt to a new mentality playing style, and a thousand other things, and then he was injured.”

Coming off the back of having scored 92 times in 132 games for Porto during his three seasons at the Estadio do Dragao, the 29-year-old has just three goals this time out. He was signed to spearhead Atleti to a major trophy, but has been overshadowed by Antoine Griezmann. There’s plenty of the season left to turn things around, but his advancing age means he may not have many years left at his peak.

Boasting pace, power, ruthless finishing, and normally consistency, Jackson Martinez was one of the most coveted strikers in Europe in the summer. Atletico Madrid won the race to sign him and were hoping he could replace the likes of Diego Costa and Mario Mandzukic. However, the South American striker has struggled to adapt despite his quality, but sees to be determined to see the season out in Spain.

Due to his poor form, there will be interest from a lot of suitors looking to bolster their frontline, and Martinez’s past scoring record at Porto will give sides confidence that he can replicate past antics at a new club. It’s unknown what Atleti’s stance on the striker, but they are likely to play the waiting game given how much he’s shone in the last few years in Europe.