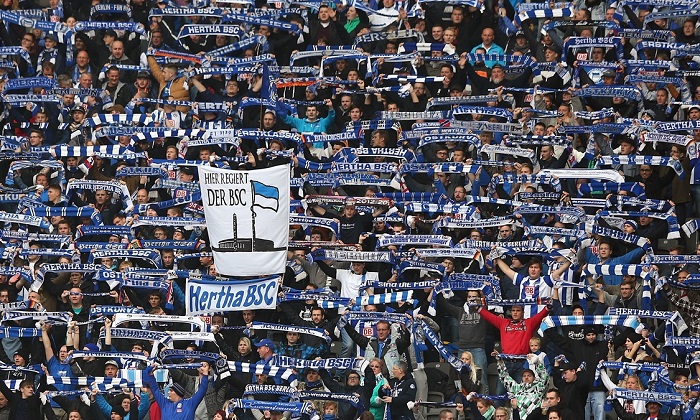 Hertha BSC recently enjoyed a 1-0 win away to Koln to go four points clear of fourth place in the German Bundesliga, and manager Pal Dardai celebrated a big win in their quest for an automatic Champions League spot. The Berlin outfit have already surpassed last season’s points tally by four, and they still have 11 games to play in the division.

Dardai has been heavily praised for his hard work in bolstering the side’s defence and grinding out results with the limited resources given. The club hardly spent in the summer, but instead it has been existing players hitting new levels that have made the difference. Salomon Kalou is one of them. He’s scored 11 goals in 20 league starts, and has been key in Hertha’s rise to prominence.

Striker Vedad Ibisevic has scored seven times in 15 starts this season, bagging the winner against Koln, and the two players have contributed for almost 60% of their goals in the league this campaign. The club’s success has been built on strong foundations with Hertha having the joint-third best defence in the league, but they have managed to fashion out results too.

Only Bayern Munich and Borussia Dortmund have won more league games than Die Alte Dame this season, and Friday’s victory against Koln sealed their 10th clean sheet of the campaign – the second-highest return. Such a solid defensive record can stifle their attacking instincts, but Drdai’s philosophy is clearly paying dividends overall.

This time last season, Hertha were 17th in the table and on course for relegation. They finished just one place above the relegation playoffs in 2014/15, but haven’t been looking over their shoulders this campaign. Suffering only one defeat on home soil, while boasting the third best away form in the division, Hertha have been refreshing in 2015/16.

The Bundesliga title race has gone as expected with Bayern Munich leading the way and Borussia Dortmund standing along in second place. Few predicted Hertha Berlin would be third in the league as March approaches, but they won’t be resting on their laurels given how much can still change in the league in the coming months.

They recently overcome a five-game winless run – albeit having lost just once in this time – and aren’t conceding many goals for their troubles either. Die Alte Dame regularly posted low points tallies in the Bundesliga, and have been relegated twice in the last six years, but they are now dreaming of Champions League football as things stand. Where will Hertha BSC finish this season?