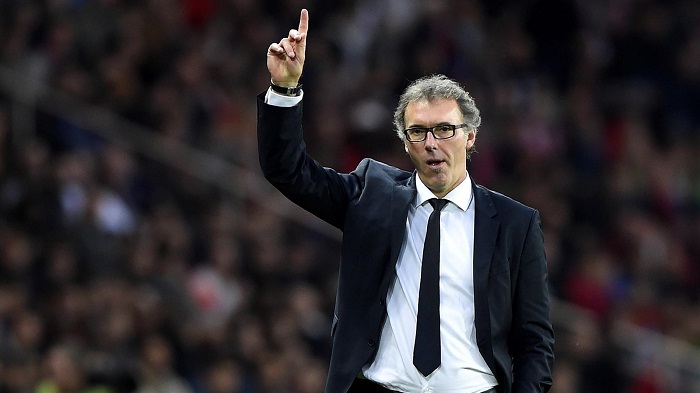 Paris Saint-Germain were finally beaten in the French Ligue 1 on Sunday evening by Olympique Lyonnais at the Parc Olympique Lyonnais. It means they won’t go the entire league campaign, but fared incredibly well to go so many games unbeaten. Laurent Blanc’s men went 27 games without losing in the league this season, and their run in domestic competitions lasted 11 months in total.

The PSG manager will be desperate to ensure it was a minor blip and nothing that sees them stuttering in the title-race, although the Parisians are so many points clear it’s hard to see any other side toppling them now. The Blues are 13 points clear at the summit with 10 games remaining. They have won 23 of their 28 games, conceding just 15 times.

Blanc will take the credit for transforming the cash-rich club into European heavyweights, and now their performances in the prestigious continental competition is what they will be judged on. PSG boast an incredible squad of individual talent, but on the pitch they are unified and buying into their manager’s philosophy to dominate France. Many are even tipping them for success in the Champions League this season.

PSG went 46 domestic games without defeat so there won’t be a major inquest into the defeat, but a positive response is the minimum expectation going into their next outing. “A wake-up call is exactly what I have told the players. To win in a wonderful stadium it is not enough just to stand there. I hope we will remobilise for the future. We beat the record anyway and that will always be there,” he said following the game.

“Lyon deserved to win – they had the technical quality and the aggression to get there. They were in the best of moods. This game was totally unexpected. Nothing in our preparation suggested we would play so poorly. Were we too relaxed preparing? I don’t know. We must use this to regroup. We expected a difficult game, but not as hard as this. We were missing many things, including the mindset and commitment required to win,” Blanc added.

Lyon are certainly in good company this season, with only Real Madrid having got the better of the French giants, but PSG can’t dwell too much as they have some important games to come. After hosting Montpellier on Saturday, they have a big European encounter to against Chelsea for a place in the quarter-finals.