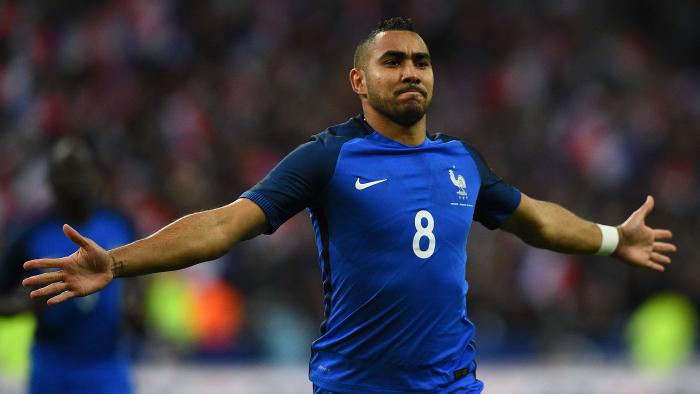 France midfielder Dimitri Payet scored the winner as Les Blues won 3-2 against Cameroon in a pre-Euro 2016 friendly on Monday evening. The West Ham United maestro struck in the dying minutes of the game with a trademark free-kick into the far corner. The angle seemed to favour a left-footer, but Payet somehow found the back of the net on the goalkeeper’s side to win the game in the 90th minute.

“When you score one, then two, then three, the crowd expect that you score every time. That doesn’t always happen, even though it worked again tonight. I don’t know if my goal rescued us but it allowed us to win when their second goal had been a bit contentious. It was special for me to come back here to this stadium, where I spent two beautiful seasons. And I was happy to feel the fans get behind us,” said Payet after the game.

The 29-year-old has enjoyed a real resurgence since his summer move to West Ham United, and is now a key player in the France squad. Manager Didier Deschamps has been the beneficiary of recalling him to the first-team, and Les Blues have another in-form attacking option to boost their chances in the European Championships.

Payet has developed a real knack with set pieces, and it will create such a nervous atmosphere should opposing sides commit fouls in dangerous areas. Scoring and creating 21 goals in 30 Premier League appearances for West Ham last season, Payet is deadly in the final third. He’s netted some outstanding free-kicks in the last 12 months alone, and gives France another dimension with his distribution in wide areas.

In addition to being a threat from direct set pieces, Payet boasts fantastic accuracy and technique to pick out his teammates. He is as likely to create a goal as he is to score one, and he could be a key player as France look to win Euro 2016 on home soil. Deschamps has a lot of attacking players to somehow fit into his starting eleven, and can hardly leave Payet out with how deadly he’s been of late.

Few players would have even attempted to score from the free-kick against Cameroon on Monday, as the angle did not favour a right-footer. Even less would put it into the back of the net as Payet did. The West Ham Player of the Year spends a lot of time after training practising his technique, and it’s clearly paying dividends. He could well light up Euro 2016 this summer.