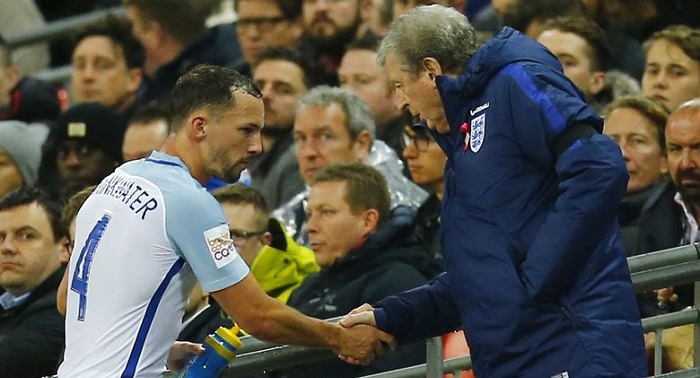 Leicester City midfielder Daniel Drinkwater was omitted from England’s Euro 2016 squad by manager Roy Hodgson on Tuesday afternoon, and the decision has been met with criticism from supporters and pundits alike. Many believe the 26-year-old had done enough from his outstanding club form to earn a place with the national team, especially considering the fitness risks of a number of players, but did Roy Hodgson have a good reason for his decision?

Drinkwater posted a statement on his Instragram profile: “Disappointed not to make the final 23! Would of been a fantastic experience to go to the euros as a player. But I’ll be supporting the country like I always have! The season’s been a huge positive for me. Going into next season as a premier league champion! Good luck to the lads… Bring it home England.”

Enjoying consistent form at the heart of the midfield in a Leicester side that won the Premier League title, Drinkwater was a shoo-in to make the 23-man squad. However, England have players of a similar ilk in Jordan Henderson and James Milner, both of whom are fully fledged internationals compared to Drinkwater. The form of the Leicester man in friendly under Hodgson left a lot to be desired too, and it seemed clear to the England boss that their expansive playing style wasn’t going to get the best of Drinkwater.

Nevertheless, Hodgson has still undertaken a big gamble on Henderson, given the Liverpool man has only recently recovered from a serious injury. It’s a similar story with Arsenal’s Jack Wilshere, but the diminutive playmaker provides a different threat to Drinkwater, so perhaps wouldn’t have been directly picked over the Leicester man this week. Drinkwater will be a loss with what he’s produced in a City shirt over the course of the season, however.

Scoring and creating nine goals in 35 league games, the midfielder made over 100 tackles and more than 50 interceptions. Drinkwater provided the protection in the middle of the park while his midfield partner N’Kolo Kante would put pressure on the opposing side all over the pitch. Another reason why many wanted the former Manchester United man in the squad is due to his relationship with teammate Jamie Vardy. Their pair combined for a host of goals in 2015/16, but in truth Hodgson can give the instruction to another midfielder to pick Vardy out when he’s on the run.

It seems harsh that a Premier League title winner can’t represent his own country in Euro 2016, but there are many logical reasons why Hodgson has overlooked Drinkwater.