For a club of Real Madrid’s stature, five years without a league title does seem like an eternity. Nevertheless, everything seems poised for Real Madrid to win their first la Liga title since the 2011-12 season.

Real eliminated Bayern Munich from the Champions League and will have the opportunity to battle one from Atletico Madrid, Juventus and Monaco. If Real can reach the final and lift the trophy, Zinedine Zidane’s men will become the first to retain the famous Champions League trophy in its current format. With confidence running high, and superstar Ronaldo scoring 5 of Real’s 6 goals in the 6-3 aggregate triumph over Bayern, Zidane must feel confident about his team’s chances of ending Barcelona’s league title hopes. 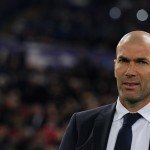 Contrast the confident mood in Madrid with disappointment and a sense of bewilderment in the Catalan camp following Barca’s exit from the Champions League. Luis Enrique will try to put on a brave face claiming the defeat against Juventus in Europe will propel his side to a famous win in El Clasico yet he knows the odds are stacked against Barca.

Not only do Real have a 3 point advantage in the standings, but the Madrid does have a game in hand as well. Anything less than a win for Barca might settle the title race and give Real an almost insurmountable lead. Thus, Real can play with a more relaxed approach while Barca know they must go all in and battle to earn 3 precious points.

Attacking in numbers will leave Barca’s susceptible defensive line even more exposed and things can only get worse when considering Cristiano Ronaldo’s recent goal-scoring exploits versus Bayern. Ronaldo only needs half a chance to stamp his name on the scoresheet. Ronaldo is no longer the explosive player he used to be but facing the likes of Sergi Roberto will leave him asking for the ball time and again during the highly anticipated El Clasico.

Zidane’s midfield has been a reference point this season with both Luka Modric and Toni Kroos performing well and on a consistent basis. Their ability to keep possession and pick out the proper passes helping the team to create more decisive chances while also giving opponents less time on the ball to hurt the defensive line led by Sergio Ramos. 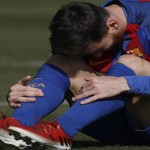 Real will be playing at home and are aware they can settle for a draw and still retain a massive chance of winning the league title. Their fans want the league following a five-year absence. It will be extra special for the fans if the league can be practically sealed by beating Barca but at the same time it is unlikely Zidane will roll the dice and opt for a more attacking approach.

Just as against Bayern, Zidane will ask his players for full focus while patiently awaiting the opportune moments to attack and hurt Barca. Real’s cause will be helped by Neymar’s absence due to suspension but with Lionel Messi and Luis Suarez in the starting XI, Barca fans still have hope.

Will Real or Barca end up winning El Clasico? Or will the game end in a tie which will ultimately set Real on course to win the coveted La Liga title?