Following elimination from the Champions League, Barcelona’s stars must turn their attention to rescuing their fading hopes of retaining La Liga title when they face Real Madrid in El Clasico. The Catalan giants are in 2nd place, three points behind league leaders Real. Factor in Real’s game in hand, and this becomes a must win game for Barca if the club is to keep any realistic hopes of winning the league title.

To make things even more interesting from Barca’s perspective, Luis Enrique must also do without his Brazilian star Neymar who is suspended for the game. Neymar has been on the receiving end of criticism from both fans and critics for needlessly picking up two yellow cards against Malaga. To make matters even worse, when the referee sent him off, Neymar sarcastically clapped his hands resulting in his suspension being increased to 3 games, including the critical El Clasico clash. 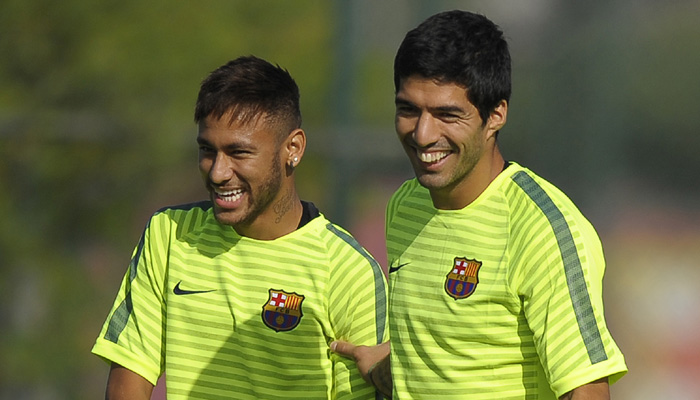 A tearful Neymar had to be consoled by former teammate Dani Alves following the mid-week exit against Juventus in Europe. The superstar was devastated raising the question whether an emotionally charged Neymar could have made a difference for Barca against Real. The fans will never find out, due to his suspension, how much Barca will really miss Neymar.

On the one hand, Neymar is not having a great season by his standards. He has managed to score 9 goals while providing 9 assists in 26 league starts. For the 2014-15 and the 2015-16 seasons, he scored 22 and 24 goals respectively. For those who argue the season is not over yet, Neymar’s 22 goals came in just 29 league games while his 24 goals came in 34 games. He won’t get the chance to play more than 30 league games this season.

Another detrimental fact is that despite Neymar improving as a player overall, his discipline has yet to parallel his maturity and rapid growth as a talent. For the 2014-15 and 2015-16 seasons, he ended both campaigns with a total of 6 yellow cards. For this season, he is already at 6 yellow cards having played less games than the previous two campaigns.

To many critics Neymar’s attitude can be questioned at times, highlighted by him conveniently earning yellow cards at the opportune time so he can attend his sister’s birthday in 2015 and then again in 2016!

Setting aside all the theatrics, Neymar’s absence will be sorely felt, in particular for a squad lacking the exuberance and aura of the 2015 history making side that went on to win a famous treble. The great Andres Iniesta, at 32-years-old, no longer has the legs nor the consistency to perform at a the very high level fans got accustomed to. In fact, Iniesta will drift in and out of the games though he is still capable of moments of magic. Argentine enforce Javier Mascherano has also slowed down while Sergio Busquets no longer commands the midfield like he used to.

Barca’s first-choice goalkeeper and the defenders are inconsistent and mediocre when compared to their counterparts at Real & Atletico Madrid as well as Juventus. None of Barca’s backline or goalkeeper would make the grade at Atletico or Juventus. This must be highlighted because Barca’s approach in 2017 seems to rely heavily on their attack to mask their defensive weaknesses. Simply put, Luis Enrique’s strategy seems to revolve around outscoring their opponents and this puts emphasis on superstars Lionel Messi, Luis Suarez and Neymar.

Thus, Neymar’s absence will mean that Barca will be missing an important piece of the jigsaw. While Messi has often been forced to assume the role of a creator due to the midfield’s growing incompetence, Neymar has contributed 9 assists to the Argentine star’s 8 decisive passes in the league.

In addition, Neymar eases the pressure off Messi by attracting opposing players who must divide their attention between the Brazilian and Argentinean superstars. When Neymar is out, opponents will focus more and more on slowing down Messi.

Without Neymar, Luis Enrique might opt for a more defensive lineup but as discussed previously this Barca side is not known for its defensive prowess. Hence, the solution would be to start Paco Alcacer who has managed 4 goals and 2 assists this season in La Liga.

This will be a highly anticipated El Clasico and most likely a decisive one in the race for La Liga title. Can Barca overcome a confident Real side in Madrid? Real’s defenders will feel better going into the game knowing they will not have to deal with Neymar.

Make no mistake, Neymar will be missed… The onus will be on Messi and Luis Suarez to compensate for the Brazilian star’s absence. Perhaps Messi will have a performance for the ages in order to makeup for his teammate’s absence and to put behind the devastating exit from the Champions League! All eyes are on Sunday’s El Clasico!