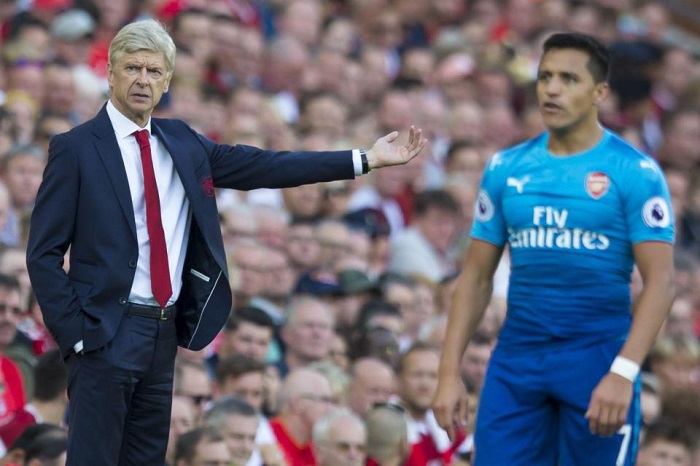 With the opening games of the new campaign spelling trouble for the Gunners, we assess why opting for the boys in red and white is not a viable strategy at this point in time.

One of the most apparent surprises to emerge from the fledgling 2017-18 Premier League campaign is the state of disarray seemingly engulfing Arsenal football club.

The North Londoners have shipped eight goals in their opening three Premier League matches – a feat that only West Ham United have topped – as their torrid early season form has seen them succumb to two defeats already this season, away to Stoke City and Liverpool. A painful amount of points to have shipped, should you have opted for an Arsenal player in your back line.

The Gunners star player Alexis Sanchez appears desperate to secure a future that is away from the Emirates, cutting a forlorn figure in their 4-0 thrashing at the hands of Liverpool.

Having just a year remaining on his contract, and with the likes of Manchester City said to be keen on securing his services as they bid for a first Premier League title under the guidance of the Spaniard Pep Guardiola, it is highly plausible that a deal to take him away from North London might just materialise before the transfer window slams shut.

The Chilean managed ten assists alongside the 24 goals he netted last campaign, meaning losing the diminutive attacker would represent a huge blow for the club.

With his team-mate Alex Oxlade-Chamberlain said to be on the brink of completing a move to Liverpool, in a deal reported to be with near £40 million, the issues surrounding their ability to function as a cohesive unit following the international break continue to deepen.

The England international has been a key member of the Arsenal eleven since their transition to a three at the back system and his presence could be sorely missed, especially with a dearth of quality in the right back position.

Whilst Wenger reputation as one of the Premier League’s greatest ever managers remains so far intact, turning around what has been an abysmal start to the campaign might prove to be his most difficult task thus far in his managerial career – if not a completely insurmountable one.

Arsenal have thus far shown a lack of passion, belief or desire in the preliminary three matches this season and the vision behind their style of play appears to be non-existent.

The likes of Özil and Lacazette offer undoubted quality, however, with so much uncertainty surrounding the club at this present point, it would be advisable to allow the dust to settle before opting to select them in your eleven.