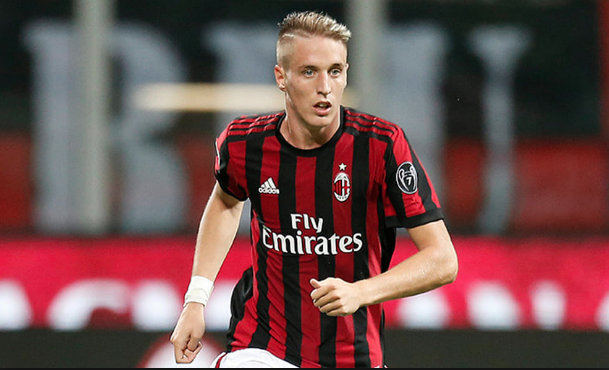 Napoli: after some pessimistic reports at the beginning of the week, Marek Hamsik is now trending in the right direction at least in terms of availability after being subbed off for a hamstring ailment. Hysaj had an injury scare during international duties, but he is fine. Vlad Chiriches should be ready by now, while Faouzi Ghoulam is rehabbing a patellar fracture.

Roma: Lorenzo Pellegrini suffered a calf problem during England-Italy and he will miss Bologna game. Cengiz Under is OK despite tweaking his knee with Turkey, but he is out for a different injury of muscular nature. Gregoire Defrel is on track to be called up. Rick Karsdorp is unlikely to return this season after an ACL tear.

Inter:  Andrea Ranocchia is trying to recover from a hamstring strain that has sidelined him, anyway he is a backup.

Lazio: some problems in the defence for Simone Inzaghi, as Wallace is suspended, Stefan Radu and Jordan Lukaku are out with sore knees. Senad Lulic a hamstring pull and Stefan De Vrij suffered a knock in practice on Thursday and they both require further evaluation. Martin Caceres is not 100% but he is available. Sergej Milinkovic-Savic is back, but he is not a lock to start.

Milan: Andrea Conti, who was inching closer to a full recovery, sprained his knee earlier this week. The surgically repaired ACL is intact, but there might be other issues and he flew to the United States for more exams. The club will be cautious and he will not return this season. Ignazio Abate could be available after a calf strain. Andrea Romagnoli is OK.

Atalanta: Josip Ilicic suffered a knee problem with Slovenia and, while the club has not provided an official update yet, he is expected to miss time. Leonardo Spinazzola went down with a similar injury during his time with Italy and should be out for a couple of weeks. Mattia Caldara is expected to be sit out again due to prolonged back pain, but he is in the squad list. Luca Rizzo has recovered. Etrit Berisha is banged up, Alejandro Gomez and Andrea Petagna have been dragging some injuries but they should gut it out.

Sampdoria: Edgar Barreto suffered a calf strain that will keep him out for at least a couple of games. Fabio Quagliarella and Bartosz Bereszynski have nagging muscular injuries, but they were able to practice and will try to play. Dawid Kownacki is out.

Fiorentina: Cristiano Biraghi and Marco Benassi are suspended, while Milan Badelj suffered a severe MCL sprain, which might force him to miss the rest of the season. Thereau is out with muscle fatigue.

Torino: Mbaye Niang is disqualified, while Cristian Molinaro is nursing a fibula fracture. Lorenzo De Silvestri had a knee problem, but he could be at least called up. Lyanco is still dealing with foot problems.

Bologna: Andrea Poli is OK after missing time with a foot strain, the same goes for Riccardo Orsolini after a hamstring one. Antonio Mirante is suspended. Emil Krafth could be sidelined by a back ailment.

Udinese: Valon Behrami and Seko Fofana suffered a hamstring strains and will be both out for about 20 days. Antonin Barak is suspended, while Emil Hallfredsson has a nagging knee injury. Kevin Lasagna has resumed practicing with the rest of the group after a lengthy recovery from a serious thigh ailment, but he will not play this week, and Gabriele Angella should be available as well after a calf pull.

Genoa: Aleandro Rosi is suspended, while Miguel Veloso is trying to shake off a calf strain, but he is not available this week. Armando Izzo recovered from a MCL sprain, but he went down with a calf strain that could keep him out for a month. Andrej Galabinov will be out a little longer due to a hamstring (adductor longus) strain.

Cagliari: Luca Cigarini’s recovery from a foot fracture is almost complete and he has a chance to be in the squad list on Saturday. Lykogiannis is available after a calf pull. Joao Pedro is still suspended due to doping-related charges.

Sassuolo: for once, no injury concerns for Beppe Iachini.

Chievo: Riccardo Meggiorini and Alessandro Gamberini have worked their way back from hamstring problems, but Dario Dainelli is out with a small injury, while Samuel Bastien and Jaroszynski have had some problems during their time away.

Spal: Jasmin Kurtic is suspended, while Federico Mattiello has not been able to heal from an ankle sprain. Still no Marco Borriello, who has calf edema, while Dramè suffered a calf strain.

Crotone: Andrea Nalini is out with a last-minute thigh pull, while Mariano Izco (hamstring) and Marcus Rohden are available after minor muscular ailments. Stefan Simic will be in the stands. Ante Budimir is out with a foot fracture, but Marco Tumminello has been worked his way back from an ACL tear.

Verona:  Alessio Cerci has managed to get past a couple of hamstring strains and should be available off the bench on Saturday. Moise Kean is nursing a significant hamstring injury and will need more time. Thomas Heurtaux is out due to a sore knee, Ryder Matos has left the retreat due to the flu.

Benevento: Bacary Sagna will be sidelined by a hamstring problem, which, however, is not that severe. Pietro Iemmello is fine after his knee flared up again two weeks ago. Luca Antei is out for the season. Nicolas Viola and Ledjan Memushaj are out with last-minute injuries. Sandro is expect to return from a calf strain.