Thomas Strakosha (7 points): there were some high-quality goalkeeping in this round, where six teams managed to keep a clean sheet. Udinese’s Juan Musso and Fiorentina’s Bartlomiej Dragowski were fine, but nod goes to Lazio’s goalie for a pair of sure-handed saves on threatening attempts by Lorenzo Insigne.

Simone Iacoponi (9 points): he untangled a game that was starting to become pretty complicated for Parma with a well directed header on a corner kick. END_OF_DOCUMENT_TOKEN_TO_BE_REPLACED

Atalanta-Juventus: after producing at an historic pace through the first ten weeks, the Goddess failed to score in their last two matches against Sampdoria and Cagliari. Josip Ilicic and Ruslan Malinovskyi are suspended, but the Slovenian attacker has appealed, but they will get a boost from the return of Duvan Zapata, who is expected to feature at least in limited capacity. He notched six goals in seven appearances before getting hurt. Luis Muriel is no longer red-hot, as he has not found the target in the last three rounds, but he will be again their main scoring option from the jump. Alejandro Gomez is going through something similar, but he always has loads of potential as an assist-man. Mario Pasalic is likely to move to the hole and he can pretty sneaky there. Robin Gosens has been their best wing-back so far, but also Timothy Castagne has hit the net once. END_OF_DOCUMENT_TOKEN_TO_BE_REPLACED

Results: Juventus emerged victorious in a wild bout with Napoli with a big assist from the opponents, while Roma and Lazio shared the spoils in an equally hard-fought Derby. Inter and Torino are the only two other teams at six points, as the Nerazzurri squeezed past Cagliari, while the Granata grabbed a quality victory against Atalanta. Milan found their first W scraping by Brescia. Genoa defeated Fiorentina, Sassuolo ragdolled Sampdoria, Bologna downed SPAL in the final minutes and Verona escaped Lecce with three valuable points.   END_OF_DOCUMENT_TOKEN_TO_BE_REPLACED

With Chris Smalling, Luke Shaw, Ashley Young, Phil Jones, Lindelof, and Eric Bailly on the squad, Manchester United’s major problem last season appeared to be on the defensive end. Thus, it is not surprising to see the Red Devils linked with the signing of a few defenders.

This time, the media are linking the Red Devils to the signing of Torino’s Armando Izzo who has also been linked with a move to Arsenal in the last two weeks. Thanks to football live stream sites such as today’s football live stream, we could tell from the many Torino matches we were able to watch last season that Izzo is better than all of United’s centre-backs.

He would likely be a shrewd signing for the Red Devils. Obviously, Many Manchester United fans would prefer if the club signs someone like Matthijs De Ligt but that deal is not happening. Izzo, 27, was named in Serie A team of the year and has also been linked with a move to Arsenal.

Manchester United could however be set to hijack the move after missing out on the signing of Matthijs De Ligt who appears to be on his way to Juventus and Mats Hummels who has since returned to his former German club Borussia Dortmund. The player has also been linked with Everton in recent times but all indications point to the real battle for his signature being between Arsenal and Manchester United and not
Everton.

The Gunners on their part have reportedly sent in a 25m euros bid for the player and it remains to be seen if Torino will accept the bid. However, if United really want him, they have all it takes to win the race for his signature. Arsenal reportedly have only £45m before sales while United reportedly have £100 million before sales. Aside having more money to spend than Arsenal, United is able to pay more wages then the Gunners who appear to be suffering from sort of a cash crunch at the moment.

According to Italian media outlet Tuttosport, Torino have slapped a prize tag of €30m on the player. Should United win the race for the signature of the 6 foot tall Italian, it will be a massive coup for the club but will his signing be enough?

It’s time for Ashley Young to go while a proper defender must be brought in to replace him. The future of Paul Pogba needs to be sorted out immediately, so additional funds can be made available from his selling fee. Critical time ahead for United.

Samir Handanovic (95 points): Inter led the League in clean sheets (17) and he took advantage of the fact that Wojciech Szczesny (71 points), the starter of the closest team, Juventus (16), was sometimes rested. The Nerazzurri captain had one of his finest seasons, coronated by terrific performances and superhuman saves. In order to fully understand his worth, you do not need to look much further than what happened in the final match against Empoli.

Armando Izzo (75 points): he made the final leap in the season that just ended, showing an unseen level of charisma on top of his usual grit and physicality. Torino had a tremendous year defensively, but he also showed up on set pieces with four goals, which significantly increased his haul. END_OF_DOCUMENT_TOKEN_TO_BE_REPLACED

Serie A always excels when it comes to defending and the most glaring takeaway from the list is that Torino had a great year on that front, as they managed to put to three names in the chart, besting Juventus, which had two.

Armando Izzo (75 points): he has been a solid for few years now, first at Genoa and recently the Granata, but he took it up a notch, becoming one of the finest specialists in his position as right centre-back in a three-man line, whose tasks are not merely defensive. He set the tone with his intensity, physicality and never-say-die attitude and showed a lot of leadership, even in a department that featured an established guy on an international level like Nicolas N’Koulou. He amassed 15 clean sheets and put the cherry on top by scoring four goals and providing an assist attacking on set pieces  END_OF_DOCUMENT_TOKEN_TO_BE_REPLACED

There is a lot of filler in these last few rounds as some teams have no real objective in sight, but when one of those put up a fight against a foe actually fighting for something, it can turn out to be a thrilling match-up, like it was the case for Torino-Sassuolo.

The Granata are in the hunt for the sixth place and were coming off a draw in the Derby della Mole, while they had taken home the full loot in the previous two contests against Genoa and Milan. The Neroverdi had stayed undefeated for six rounds, prevailing twice, and are right in the middle of the standings. END_OF_DOCUMENT_TOKEN_TO_BE_REPLACED

END_OF_DOCUMENT_TOKEN_TO_BE_REPLACED 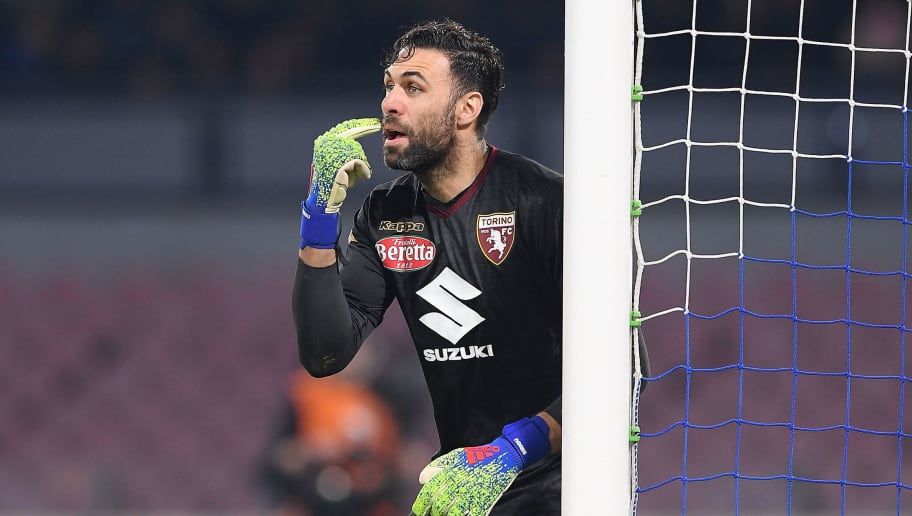 A couple of Serie A strikers were consistently productive in the last month, Krzysztof Piatek and Arkadiusz Milik, but not enough to crack the EuroFantasyLeague Team of the Month. However, it might be cliché, but the Italian league is still very well represented in the most recent edition thanks to a plethora of defenders and Torino’s goalie Salvatore Sirigu, who trailed only to Sergio Aguero in the monthly tally.

Walter Mazzarri has always been known for his defensive style, which sometimes is even a little excessive and takes away from the other side of the ball, but they painted a masterpiece this month with four clean sheets, a total of five straight considering also the final game of January, and there were not many freebies either because they stymied Inter, SPAL, Udinese, Napoli and Atalanta. END_OF_DOCUMENT_TOKEN_TO_BE_REPLACED 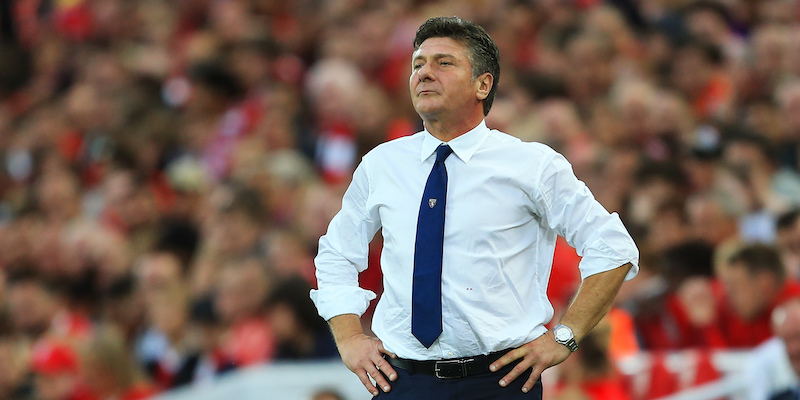 When Walter Mazzarri was appointed as Torino boss last January, I Granata were languishing on the outskirts of the mid-table and were a side without a clear identity. Fast forward a year later and Torino have become one of the toughest teams to break down in the peninsula and are now pushing for a spot in next year’s Europa League. While Atalanta have received all the plaudits for their offensive football, Mazzarri’s
side are their antithesis, and sit on 38 points alongside Gli Orobici.

After a failed stint in England that saw his contract terminated at the end of his first season, Mazzarri’s reputation took a hit. Long gone were the memories of his Napoli side  that, along with Marek Hamsik, Ezequiel Lavezzi and Edinson Cavani, pushed the envelope beating the likes of Juventus, Inter, and Chelsea in the process. Instead, unsuccessful tenures with Inter and Watford came to define the Italian tactician. That’s why his move to Torino was so important. Back with the familiarity of the Italian mid-table, Mazzarri could finally be himself again after years of trying to be someone he wasn’t.

Since assuming the reigns at the club, Mazzarri has steadied the ship and has made the most of the roster at his disposal. Using his trademark 3-5-2, the former Napoli tactician has transformed Andrea Belotti into a more complete striker, beyond what the stat-sheet might show. At the back, Armando Izzo, who arrived in the summer from Genoa, has been Mazzarri’s undisputed leader and has led by example. Alongside Nkoulou and Moretti, the trio have formed one of the league’s most solid partnerships at the back and have only conceded 22 goals – a feat only bested by the current top four.

In fact, in their last five games I Granata have managed five clean sheets beating the likes of Inter and Atalanta, and held Napoli to a stalemate. Torino also have their keeper Salvatore Sirigu to thank in large part, as the Italian international has played his best football since his Palermo days. After an inconsistent couple of years in Paris and a few loan moves, Sirigu has once again emerged as one of the nation’s top shot-stoppers and has been in top form this season.

Factor in Chelsea loanee Ola Aina’s industry and creativity from the left wing along with De Silvestri’s experience and veteran leadership, and Torino are one tough side to score on, let alone beat.

Mazzarri’s Torino is very similar to any of his past sides that he’s had success with. A compact trio in the midfield, a dangerous duo up top complimenting each other, all-while relying on a resolute defence. We’ve seen this before. With Tomas Rincon acting as the midfield hard-man, as his ten yellow cards would suggest, Daniele Baselli and Soualiho Meité are able to get forward to supply Iago Falque and Belotti. As a whole, Mazzarri’s Torino come together as a real force, and are proof that the sum could be greater than its parts.

Whether or not they qualify for the Europa League remains to be seen as the competition is fierce, however, if Torino have showed us anything this season, it’s that Walter Mazzarri is truly back at his best and it’s wonderful to see.