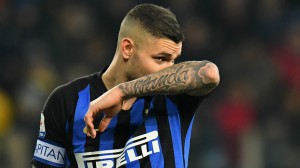 Legendary Inter striker Alessandro Altobelli has had his say on the controversy surrounding Mauro Icardi and the manner in which negotiations over a new contract were held by his agent-wife Wanda Nara. During an interview with Italian newspaper Corriere della Sera, the 63-year-old also offered his view on what he thinks will happen once Lautaro Martínez recovers from injury:

“A lot will depend on how Spalletti intends to play. If he goes on to deploy only one striker, then it must be either Icardi or Lautaro. He could potentially deploy Lautaro behind Icardi as he did on the first day of the season against Sassuolo but, in that role, the coach prefers Nainggolan. If I had to choose, I would bet on Icardi. He is and remains a certainty for Inter as he is one of the top three strikers in the world, not only for the goals he scores but also because of how he plays.”

Altobelli then went on to admit he disagreed with Antonio Cassano’s comments on Icardi, with the former Roma and Real Madrid man stating his belief that all Icardi does is score and he contributes nothing else to the Nerazzurri: “I disagree with Cassano. Given Icardi scores 20-25 goals per season, would you rather a striker played better with the team but then scored fewer goals?”

The Sonnino native then spoke about Icardi’s future, with reports suggesting it is highly unlikely he will still be at the club next season: “A lot will depend on who the coach is. If a new one arrives, a lot of things can change. Icardi and his wife have made so many mistakes and I think they realise this now. If I were him, I would have continued to play in order to prove my worth even without the captain’s armband. Inter would still be in the Europa League had he been on the pitch against Eintracht Frankfurt.”

Altobelli concluded by discussing Luciano Spalletti’s job security, with the likes of Antonio Conte and José Mourinho continuing to be linked with the Inter hot seat: “It depends on how the club interprets the season. When you consider the two eliminations in Europe and the one in the Coppa Italia, it is likely that Inter will decide to change coach.”