18 months after leaving for Barcelona and Philippe Coutinho is being linked with a move back to Liverpool.

The Brazilian’s time at the Nou Camp has not been a happy one. Rather than becoming the world-class midfielder and justifying the £130 million price tag, Coutinho has struggled for any kind of form. He’s managed 21 goals and 11 assists in 76 games and barely managed a game that can be described as good enough.

Rather than making the step up as expected, Coutinho has regressed.  At this point, the club wants rid and will move him on if there was a suitor. Indeed, if the rumours are true, they will use him as a makeweight in any to bring Neymar back from Paris Saint Germain this summer. END_OF_DOCUMENT_TOKEN_TO_BE_REPLACED

Suggesting that Liverpool have a problem with their forwards is a little disingenuous given they don’t. Liverpool’s forward three is among the best in Europe. Roberto Firmino is the best false nine around, and Sadio Mane and Mohamed Salah are both world-class wingers.

Their respective goal tallies over the last two years stand as a testament to that. Even when Salah is supposed to be having a bad season, as some will tell you this year was, he still finished as the joint top scorer in the Premier League.

Every club in world football would take these three players without a moment’s hesitation. That includes all of the ‘elite’ sides and every single one of Liverpool’s rivals. Indeed, Real Madrid have been linked with both Mane and Salah this summer. END_OF_DOCUMENT_TOKEN_TO_BE_REPLACED

If the rumours are true, Liverpool will not be spending big this summer. Instead, Jurgen Klopp and his team will keep their transfer business low key, add in a couple of areas and look to get more from the current squad. One such player they will expect a drastic improvement in is Naby Keita.

The Guinea midfielder arrived at Anfield last summer after a year of waiting to do so. Liverpool expected much of the midfielder. Klopp and his team rated him highly, so much so, they were willing to pay £54 million and wait a year for him to arrive. The early signs were positive too. Keita started the 4-0 win over West Ham on the opening day and impressed in midfield. Against Crystal Palace the following week, he was another impressive performer. END_OF_DOCUMENT_TOKEN_TO_BE_REPLACED

Such has been the dominance enjoyed by Lionel Messi and Cristiano Ronaldo in the Ballon D’Or over the past decade, the notion that any player other than the two could win it is often scoffed at. Virgil van Dijk, however, is not receiving such treatment.

Fresh from Champions League glory, the Dutchman finds himself at the front of an altogether different competition. Van Dijk is currently the bookmakers favourite to win the Ballon d’Or. He’s ahead of the aforementioned Messi and Ronaldo, as well as Kylian Mbappe, Liverpool teammates Mohamed Salah and Sadio Mane and Raheem Sterling.

In fact, he’s the only defender on the list with odds shorter than 100/1, with Marcelo and Diego Godin the next on the list. END_OF_DOCUMENT_TOKEN_TO_BE_REPLACED

Madrid has often been where Champions League legends are made, and that proved to be the case for Liverpool. This year’s Champions League final won’t go down as one of the best, indeed in many aspects, it was among the worst, but Liverpool won’t mind one bit.

This side have battled their way back throughout the Champions League this season, and it was no different in the final. The natural rhythm, tempo and desire were lacking from Jurgen Klopp’s side. Instead, they had to battle, scrap and find something much deeper to ensure they were lifting a sixth European crown by the evening’s end. This Liverpool side have transformed under Klopp this year. The swashbuckling, cavalier team of the past has made way for one that has much more about it. END_OF_DOCUMENT_TOKEN_TO_BE_REPLACED

Of the numerous impressive individual performers across this past season for Liverpool, Fabinho fell under the radar somewhat. The Brazilian earned credit but not to the extent some of his teammates received.

Yet, by the end of the campaign, Fabinho was as important a player as any in the starting line up. Alisson, Virgil van Dijk, Trent Alexander-Arnold, Andy Robertson, Mohamed Salah, Roberto Firmino and Sadio Mane are the types of players that shone brightly. Fabinho was as important as them but did it in the quiet, efficient manner that separates the best defensive midfielders from the rest. And when Liverpool take on Tottenham Hotspur in the Champions League Final in Madrid on Sunday, it is Fabinho who will play a pivotal role. END_OF_DOCUMENT_TOKEN_TO_BE_REPLACED

After the season Liverpool had the temptation will be for everyone to sit back and admire their work. That temptation will only increase should they taste success in the Champions League final against Tottenham.

And few could blame them for doing so. A record points haul, the most managed by any team to finish second no less, one defeat all season and several individual awards all tell the tale of an incredible campaign. They also show that this Liverpool squad is one that doesn’t need significant work anymore.

For the first time in Jurgen Klopp’s reign, there is little improvement to be made. This is a squad full of talent and showed it last season. END_OF_DOCUMENT_TOKEN_TO_BE_REPLACED

Bill Shankly famously said that finishing second is nothing. Even he, though, would have been tempted to revise that statement when discussing this current Liverpool team. Describing this team as failures would be cruel in the extreme.

While the overarching desire is to look back at this past season and mourn the death of another potential title win, the reaction should be the opposite. Liverpool should be celebrating a glorious campaign and the fact that it happened in the first place. Jurgen Klopp’s side have impressed beyond belief over the past year. Suggestions that they have done anything but succeed this season are not worth listening to. Klopp will certainly be sharing that message among his group.  END_OF_DOCUMENT_TOKEN_TO_BE_REPLACED 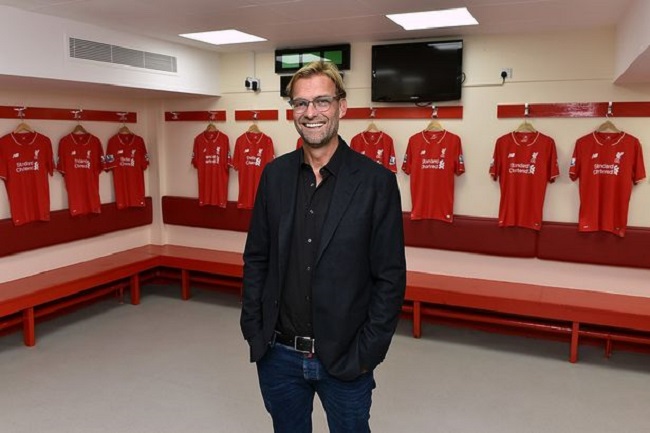 Look around Europe’s top five leagues, and there is an argument there is nobody better than he. Pep Guardiola is the obvious rival, He continues to shine with Manchester City and is one of the greatest coaches of his generation. Yet, his team are only one point ahead of Liverpool in the Premier League. They lagged far behind them in the Champions League. Klopp has matched and outperformed Guardiola at times this season. The win over Barcelona was another example of the world-class coach he is. END_OF_DOCUMENT_TOKEN_TO_BE_REPLACED

As Lionel Messi carved his way past Liverpool on Wednesday evening, there was little Jurgen Klopp could do but watch and wonder. It was a feeling that was passing its way through his entire team.

The best-laid plans of the German and his team had all failed to help them find their way beyond La Liga’s champions. For much of the game, Liverpool had matched Barcelona, and in some cases, they had bettered them. The difference, though, was Messi.

As has often been the case in the Champions League, the Argentine had decided this would be Barca’s evening. And when he decides that, that is what usually happens. Messi, in such mood, is a force of nature. Some would call him Biblical.