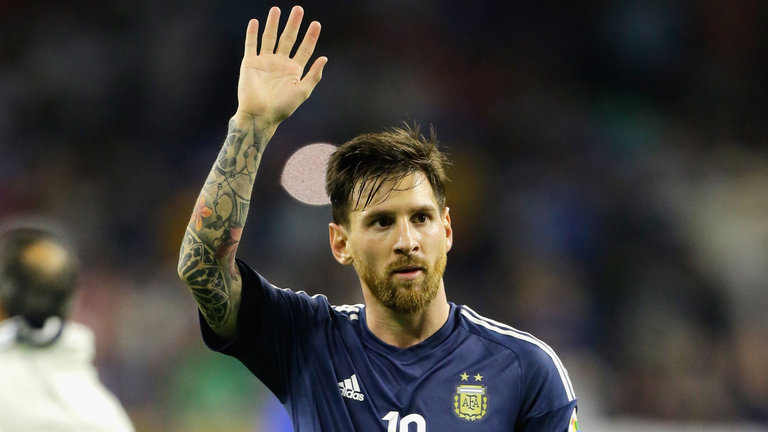 It was deja vu as Chile beat Argentina again in a Copa America final on penalties but an even bigger story emerged after the game when Lionel Messi announced his retirement from international football.

The final was an exciting one as both teams went head to head, Chile were looking to win back to back Copa America’s as they were champions from 2015 and Argentina were looking to win their first major tournament since 1993. Messi the greatest player of a generation was supposed to make that difference but his team could not find a goal and after extra time the score was locked at 0-0.

And so to penalties and Messi who had been one of the players of the tournament incredibly missed his penalty as Chile belted in their remaining ones and became champions once again after Biglia missed another.

Credit had to be given to Chile who came under pressure but also went toe to toe with Argentina. They had more possession and more completed passes and had 2 shots on goal. But Argentina only had one more and it seemed on reflection that the favourites did not dominate a final that they were supposed to.

Moments after Chile celebrated an unexpected win even though they were the champions Messi was interviewed and that is when he gave his huge bombshell. Messi said: “It’s tough, it’s not the time for analysis, In the dressing room I thought that this is the end for me with the national team, it’s not for me. That’s the way I feel right now, it’s a huge sadness once again and I missed the penalty that was so important. I tried so hard to be a champion with Argentina. But it didn’t happen. I couldn’t do it. I think it’s best for everyone, for me and for many people who want it. The choice for me is over, it is a decision. I tried many times.

Gerardo Martino the Argentina coach reflected: “The burden of the consecutive games [lost] has been accumulating these last two years. He feels like you would expect a player to feel after playing and losing a final.”

The question that the world’s media are now asking is was Messi’s retirement speech just said in the heat of the moment? At 29 and with a World Cup just two years away it would seem odd for the world’s best player not to participate and change his mind. Only time will tell, but for now Argentina are still seeking their first trophy in a generation.

The best player in the world Lionel Messi simply underlined his status in the Copa America when he came off the bench and scored a superb hat-trick in the thrashing of Panama.

Argentina ran out 5-0 winners and in the process qualified for the quarter finals, but for an hour Panama frustrated the 2015 Copa America finalists and then Messi came on.

In just 30 minutes the Barcelona star scored a hat-trick and set up another for Sergio Aguero to unleash a heap of misery on poor Panama who had held there own for so long even with just 10 players on the field.

Messi’s scored his first goal when he latched onto a defensive error after only being on the pitch for less than ten minutes. His second goal was a superbly converted free kick and to wrap up his hat-trick it was classic Messi weaving in and out on the edge of the penalty area before unleashing an unstoppable drive.

It’s fair to say that the 53,000 in attendance at Soldier Field, Chicago would have been disappointed to see Messi starting on the bench as the Argentinian was still recovering from his back injury. But just after the hour mark manager Gerardo Martino signalled for Messi to come on and there was a host of cameras pointed in the players direction and fans and photographers alike almost forgot about the game in hand as the special one made his début in this years Copa America.

For American fans this was a rare chance to witness Messi live, and whilst some can claim to have seen him in pre-season friendlies, this was something quite different, a competitive fixture. And Messi did not disappoint, his hat-trick like something out of a Hollywood movie such was the timing came in 19 minutes. His performance lifted an Argentinian side who were seriously lacking ideas before he arrived. Panama to their credit were well in the game and there were hints that an equaliser could be on the books, that was until Messi’s arrival.

Argentina have been installed as the favourites to win the competition something that has alluded them since 1993. Between that year Argentina have been runners up on three occasions in 2004, 2007 and 2015. Messi himself is on a personal mission as he has remarkably never won a major international trophy not counting Olympic Gold with the nation. Time will tell but for now Argentina look irresistible.