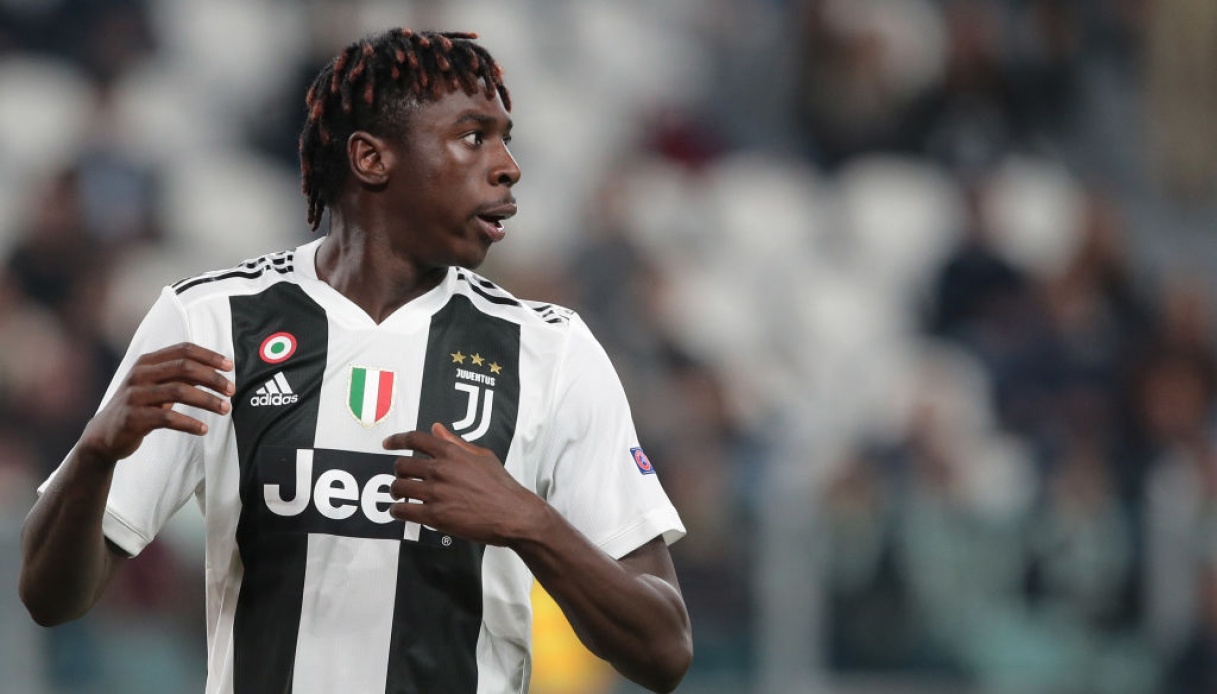 “My first memory with a ball is at the Asti’s oratory. We were hosting tournaments on an asphalt pitch, where you get hurt if you fall down. The games were intense and every player had to play 10 euros to enter. One day I was so desperate that I stole the ball from the priest: his drawer was always open. END_OF_DOCUMENT_TOKEN_TO_BE_REPLACED

Just when it seemed Arsenal’s season was once again following an upward trajectory, Thursday night happened. The Gunners’ pursuit of a top four place in the Premier League has been boosted by a recent run of good form, but even still, the Europa League could come to define the North London club’s season. That’s why the defeat to Rennes felt so significant.

A 2-1 loss away from home ahead of next week’s return leg at the Emirates Stadium would have been a recoverable situation for Arsenal. They have been strong at home this season and would have fancied their chances of progressing to the Europa League quarter finals. The third goal changed the complexion of the tie.

The blame game started almost as immediately as the full time whistled. Pierre-Emerick looked like he wanted to blame Unai Emery, who bizarrely withdrew his top scorer when Arsenal were desperate for a goal late on in the game. Others looked at Sokratis Papastathopoulos, who was sent off after just 41 minutes.

Matteo Guendouzi was another targeted for his below par performance. Indeed, the young Frenchman was poor, with many highlighting how the teenager failed to track back as Rennes burst forward to score a crucial third goal. When the cross was played into Petr Cech’s penalty box, Guendouzi wasn’t even in the 18-yard area.

However, Guendouzi has done enough this season this to earn himself some leeway and tolerance from a fanbase notorious for their hysterical reaction to poor performances like the one witnessed in France on Thursday night.

Arsenal have a real prospect on their hands. The acquirement of Guendouzi last summer now looks like being one of the shrewdest signings made by the North London club in their recent history. Guendouzi has been so impressive this season he is now reportedly drawing interest from Paris Saint-Germain, who are apparently willing to stump up £50 million for the midfielder.

Of course, Arsenal should do what they can to rebuff that interest. Guendouzi is the sort of midfielder the Gunners have needed for the best part of a decade. He’s the sort of central piece they should be building around. At just 19, dips in form are to be expected. In fact, it’s these dips that help a young player progress. Guendouzi suffered one such dip on Thursday night and in the long term, that’s just fine.

Not much fuss was made when Matteo Guendouzi completed his move from Lorient to Arsenal last summer. There was much more to catch the eye as the Gunners finally moved on from the Arsene Wenger age, with Unai Emery taking the Frenchman’s place at the Emirates Stadium.

With the benefit of hindsight, though, the arrival of Guendouzi at the club was one of the most significant moments of last summer for Arsenal. The teenager has gone on to become a first team figure for the Gunners in his first season in the Premier League. He isn’t just one for the future, as was presumed when the signing was first made, he’s one for the present.

Guendouzi has been so impressive that he is now, reportedly, attracting attention from Paris Saint-Germain. The French champions are looking for a central midfielder having failed to sign Idrissa Gueye in the January window and are now believed to be preparing a £50 million offer for the 19-year-old. Arsenal have a decision to make.

Signed for just £7 million, the Gunners could make a profit of over £40 million in just one year by selling to PSG. Given the transfer strategy that is now in place at the Emirates Stadium, this would be considered a real success of the new policy. It would be something to point to as a sign of its effectiveness.

But do Arsenal really want to position themselves a selling club? Selling Guendouzi might be good for the bank balance, but what would it say about their ambition as a club if the French teenager leaves the Emirates Stadium after just one season?

“Let’s be honest, apart from the players here who follow a bit of the French leagues, no-one had ever heard of me,” Guendouzi said in a recent interview, looking back at the impact he has made in England. “So it was very important for me to show what I was capable of as early as possible.”

That’s exactly what he has done. In a season that has quickly fallen away, Guendouzi’s emergence has been a highlight for Arsenal. He is one player Emery can count upon to be build upon for the future. A big from PSG could change that, though. It would be a crossroads moment for the Gunners.

A lot has been discussed since the start of Arsenal’s first Premier League season under Unai Emery. Mesut Ozil’s bizarre absence, Petr Cech’s anxiety-inducing mispasses and Granit Xhaka’s costly mistakes have all been discussed in-depth. Similarly, Alexandre Lacazette’s marvellous partnership with close pal Pierre Emerick-Aubameyang and Lucas Torreira’s complementing the side have been deemed the positives of the season thus far. END_OF_DOCUMENT_TOKEN_TO_BE_REPLACED

Of all the summer signings made by Arsenal, none catch the eye quite like Matteo Guendouzi. That’s partly down to the mop of hair on top of his head. Comparisons have already been drawn to a certain David Luiz. However, it’s also down to the playing style of the young Frenchman.

Signed from Lorient as one for the future, Guendouzi has been thrown in at the deep end by new Arsenal manager Unai Emery. The 19-year-old was a key figure for the Gunners throughout pre-season and kept his place for the opening Premier League fixture against champions Manchester City on Sunday.

That put him up against the likes of Bernardo Silva, Fernandinho and Ilkay Gundogan. City boast the best midfield unit in the Premier League, one of the best in the European game right now, and this is what Guendouzi faced on his competitive bow for his new club. The task could hardly have been any tougher.

Indeed, Guendouzi looked out of his depth at times. As is the norm for a Pep Guardiola outfit, Man City were on top of him every time he received the ball, with the young Frenchman a little slack in possession more than once. This prompted a wave of social media derision, with even a few moans and groans heard from the Emirates Stadium crowd.

Arsenal must stand by their young, midfield talent, though. Guendouzi’s performance against City might have been unpolished, raw, but he always showed for the ball. While Arsenal teams in years gone by have gone missing on the big stage, Guendouzi only seemed to be emboldened by some of his struggles. That is a quality that Emery will need more of going forward.

“It’s his first match here in the Premier League,” the former Paris Saint-Germain and Sevilla boss explained after the opening weekend defeat. “He has personality and quality and if he is on the pitch he is improving very quickly.” Indeed, Guendouzi has the sort of personality Arsenal desperately need at this time.

What’s more, he’s the sort of midfielder the Gunners have lacked for years. Many have pitted Guendouzi directly against Lucas Torreira, arguing that the Uruguayan should be ahead of the French youngster in the pecking order. It’s true that Torreira probably should have started against Man City, but it shouldn’t be a case of one over the other. They are very different midfielders and could actually compliment each other in the same side.

It’s somewhat understandable that having called for change for so long there is an air of impatience at Arsenal. They want to make up for lost time and they want to do it right away. Guendouzi might well drop out of the starting lineup in the coming weeks, but he has shown enough already to suggest he has a promising career with the Gunners. However, he needs the faith of his manager, which he has, and his own fans, who have still to be convinced.

Change seems to be the order of the day at north London club Arsenal. Not only are they about to embark on a new Premier League season with a new manager for the first time in over two decades, but there could soon be a change in the club’s ownership as well. Majority shareholder Stan Kroenke has reportedly had a bid of around £550m – that’s two-and-a-bit Neymars – to purchase shares from Alisher Usmanov. The move would make Kroenke the controlling stakeholder at the club, and as a result existing shareholders would be legally obliged to sell their shares to the American billionnaire. Supporter groups have cried out, calling this a “dreadful day” for the Gunners – but would the move actually benefit the club on the pitch?