Julen Lopetegui and Monchi both had something to prove when they arrived at the Ramon Sanchez Pizjuan last summer. The former had, after all, suffered a torturous time at Real Madrid the season before, which came just a few months after his sacking as Spain national team manager on the eve of the 2018 World Cup.

Monchi’s reputation had also taken a hit at Roma. Credited with turning Sevilla into a European force, the sporting director took on a new challenge at the Stadio Olimpico. However, after enjoying some initial success in Italy, with Roma making a run to the semi finals of the Champions League, Monchi struggled to make his mark.

The 51-year-old looks comfortable again in the surroundings of the Ramon Sanchez Pzjuan, though. Monchi set about pointing Sevilla in the right direction again upon his return to the club last summer and his efforts bore fruit almost immediately, with the Andalusians enjoying a successful 2019/20 campaign.

Lopetegui also deserves a lot of credit for how Sevilla finished in La Liga’s top four, qualifying for next season’s Champions League. The former Real Madrid and Spain boss has proved himself as a coach by turning Sevilla into one of the most dynamic, exhilarating teams in the country. They were well worth their fourth place finish.

Lucas Ocampos enjoyed an exceptional season, with Diego Carlos growing into one of the best centre backs in the league. Ever Banega was more influential than ever before, while Sergio Reguilon underlined his potential as one of the best full backs in the Spanish game at the moment on loan from Real Madrid for the season.

There are still areas where Lopetegui could do with improving. Up front, most notably, Sevilla struggled to find a regular goalscorer to lead the line. Ocampos finished the season as the club’s top scorer with 14. Behind him, Luuk de Jong was their second top scorer with just six goals for the 2019/20 camapign.

Monchi failed to find a centre forward to effectively replace Wissam Ben Yedder last summer. This was one of the few things which held Sevilla back from achieving even more. Finding a true goalscorer will surely be high on the sporting director’s list of priorities this summer and if he can do that Sevilla will stand a strong chance of taking the next step in their development next season.

Famed sporting director Monchi has returned to Sevilla after two years away and is making up for lost time by conducting somewhat of a squad overhaul. The Andalusian club were hailed as the model of a modern and well-oiled machine in terms of their sporting direction under the former goalkeeper but in the 24 months in-between they had notable lost their way.

A lot of money was spent but Sevilla’s on-field success – whilst not totally drying up – notably dipped with successive league finishes outside the top five in La Liga and not landing any further cup success. This was always going to be a busy summer of comings and goings in Seville, and the first few weeks have born this out. END_OF_DOCUMENT_TOKEN_TO_BE_REPLACED

The return of sporting director Monchi should bring with it some much needed stability and assuredness to the Andalusian club. The former goalkeeper has rejoined the club after two years at Roma and whilst it may not show in terms of short-term results, he has been missed.

Monchi spent 17 years in the position and oversaw promotion in his first season heading the sporting department, before top half finishes in the Spanish top flight in each subsequent campaign. Furthermore, the club won a remarkable five Europa League titles and two Copa del Reys in that run. END_OF_DOCUMENT_TOKEN_TO_BE_REPLACED

It would be understatement to label Roma’s season thus far anything other than disastrous. The Giallorossi END_OF_DOCUMENT_TOKEN_TO_BE_REPLACED

In many ways hiring Monchi was a statement of intent for Roma- they were telling the world they were essentially forced to continue using the business model they had been following since 2011 under his predecessor Walter Sabatini.

The club’s owner James Pallotta was still dealing with the enormous debt left from the previous administration which caused them to have to deal with strict Financial Fair Play parameters. Dealing with Italian bureaucracy, which was tougher to unlock than the BBC defense in their prime, also made getting the green light for the new stadium rather complicated.
So the best solution was to find a sporting director known for discovering cheap talents in hopes of keeping the team in the Champions League while making large plusvalenze down the road to keep their balance sheet in order. So how has Monchi performed since arriving in Italy’s capital? Now that we’ve gone three full transfer windows on his watch, we have a fair sample size to evaluate him properly
Biggest Hits

N
Nainggolan/Zaniolo deal
I thought the Nainggolan to Inter deal was very good for Roma on day it happened. The Belgian international’s lifestyle made him feel much older than his actual age and it made perfect sense for the giallorossi to remove Serie A’s most notorious bad boy from a locker room featuring many young and up and coming players.
Zaniolo had the reputation for being one of Italy’s best prospects based on his performances on Inter’s Primavera and the Azzurri’s youth teams but safe to say no one could have expected him to break out the way he has this season. While the comparisons to Francesco Totti are unfair and dangerous, it is appropriate to compare him to the version of Paul Pogba we saw under Antonio Conte at Juventus. If Zaniolo continues to play this way, anyone will always be able to defend Monchi’s tenure in Italy’s capital by pointing to this deal.
Cengiz Under
While the Turkish winger hasn’t performed nearly as well this season compared to the 2017/18 campaign because of injuries and coaches learning how to contain him, he was instrumental in Roma’s run to the Champions League semifinal (which brought substantial revenues) and will bring in a very big plusvalenza should he be sold in the future.
Aleksander Kolarov
Bringing in the former Lazio left back wasn’t the typical Monchi signing since he isn’t a young player with upside, but the Serbian international has been a great leader, a true professional and very valuable player for Di Francesco. While he has shown his age at times, he has also been very dangerous on free kicks and has been one of the giallorossi’s leading scorers this season.
Biggest Flops 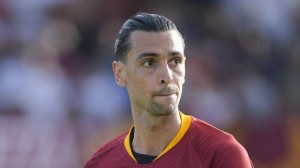 Javier Pastore
If you’re an Inter fan, the best way to criticize the disastrous Nainggolan deal is to point to fact Roma essentially reinvested the cash part of the deal on the former Palermo offensive midfielder. Pastore is one of the highest paid players on the team and his injury opened the door for Pellegrini to shine in the trequartista role and Cristante playing in a position that suits him better. There’s still hope Di Francesco finds a suitable role for Pastore but spending so much on a player that doesn’t contribute much is especially painful for a club in Roma’s financial situation.
Not signing an adequate partner for Manolas

While Federico Fazio vastly exceeded expectations in his first season in Italy, he has been a massive liability since. Monchi tried to find an alternative with two Bosman signings in Hector Moreno (who was sold after a six months) and more recently Ivan Marcano, but the results have been underwhelming. Not signing another center back during the recent January window may end up costing Roma a Champions League spot when you consider how much Milan improved by bringing in Paqueta and Piatek.

More Will Be Revealed

The former Feyenoord defender was supposed to the opposite of Kolarov since he’s a young speedy wingback with the potential of seeing his value considerably improve on the transfer market. But two injuries cost him his first season in Italy and the lucrative long term deal given to Alessandro Florenzi makes it harder for him to nail down the starter’s role. On the bright side Karsdorp has played rather well in 2019 and there’s hope he can fulfill expectations in Italy’s capital.

Just like Pastore, the French midfielder was an expensive addition with little to no future resale value. On the bright side the World Cup champion has been able to at least be a consistent starter and has helped Di Francesco navigate through Daniele De Rossi’s injury. 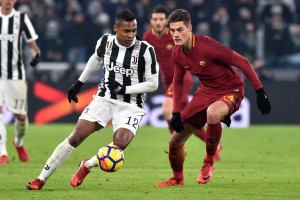 After failing a medical at Juventus, the Czech striker arrived at Roma in one of the most expensive deals ever for the giallorossi. After a disastrous first season and a half, there was talk that he would be sent back to Sampdoria on loan, but after hiring a mental coach Schick has shown why he was compared to Ibrahimovic in his first season in Serie A. There’s legitimate hope he won’t come close to being an Iturbe like flop.

The former Milan youth team product got off to such a slow start that many (including yours truly) labeled him as the latest example of Atalanta fool’s gold- a player who could only strive in Gasperini’s system. But in the past three months Cristante has been one of the best box to box midfielders in Serie A and along with Zaniolo and Pellegrini looks like someone who can also help Mancini on the Azzurri.

It’s been just over 48 hours since Roma’s 3-2 victory over Genoa at the Stadio Olimpico. During

END_OF_DOCUMENT_TOKEN_TO_BE_REPLACED

It doesn’t take much for things to go from perfect to disaster in the Italian capital when it’s concerning AS Roma. Widely believed to be one of the most difficult and hostile footballing environments, Eusebio Di Francesco and his Roma side currently find themselves in the eye of the hurricane that END_OF_DOCUMENT_TOKEN_TO_BE_REPLACED

Former Roma manager Fabio Capello said it best about what it’s like to be the manager of the club: “The fans are great – but it doesn’t take much for them to praise you and then throw you under the bus”. Yes, the often-toxic environment at Roma END_OF_DOCUMENT_TOKEN_TO_BE_REPLACED

Young French defender William Bianda arrived in Rome yesterday and marks the ninth acquisition of the summer for AS Roma. Sporting director Ramon Monchi has performed quite an overhaul of the club’s roster, however, the Spaniard END_OF_DOCUMENT_TOKEN_TO_BE_REPLACED

“The Turkish kid is going to be good.”

The first endorsement of Cengiz Ünder came from Roma president James Pallotta just hours after the young Turkish attacker completed his move to the Eternal City for a then Turkish league record €13.4 million fee. While fans were certainly excited about the player, especially given that he had the Monchi “seal of approval”, there is no doubt that Ünder represented a major question mark upon arriving to the Giallorossi.

Ünder seemed to have all the makings of a typical Monchi signing: a youngster with loads of potential, although, he was still very raw. At Ünder’s unveiling, Roma’s Spanish sporting director even conceded that while there were uncertainties surrounding the winger, he was very pleased to have won the race for his signature, “Perhaps among the players that arrived this summer, Ünder is the least known, but for me, it was an important challenge to bring him here because he was courted by big clubs and it’s an honor to have him here. I thank the President for trusting me to buy this player. He is an important player for the present and the future.” END_OF_DOCUMENT_TOKEN_TO_BE_REPLACED