The top 4 in La Liga almost couldn’t be closer and just 3 points separates 1st placed Atletico Madrid from 4th placed Sevilla. Though the weekend has given advantage to Barcelona who are 2 points behind Atletico in 3rd place but have a game in hand over them and Real Madrid.

Atletico lost at the weekend and Real Madrid drew against Real Betis. There were wins for Barcelona and Sevilla, and though they will be the underdogs Sevilla can’t be ruled out of winning the title. It has at least been a very exciting season in Spain and this league title could well go down to the wire.

Let’s take a look at the players who made the fantasy team for La Liga this past week and you can check if any of your players have made the selection.

Courtois was the only goalkeeper in La Liga to earn the full 7 points. It’s not that other keepers didn’t keep a clean sheet but yellow cards can take points away. Courtois’s club Real Madrid had a poor result from their point of view at the weekend though as they could only draw 0-0 at home to Real Betis.

This is a team full of Atletico Madrid players and we start with Stefan Savic who was able to earn 8 points this week. Earlier in the week Savic was part of a defence that kept a clean sheet as Atletico beat Huesca. At the weekend the club lost to Athletic Bilbao however Savic did score a goal as they went down 2-1. Despite giving the club hope, it wasn’t to be. That was Savic’s first goal of the season.

Raphael Varane helped to keep a 13th clean sheet as Real Madrid drew 0-0 with Real Betis. Varane is the leading defender at the club with a total of 65 points this season.

Victor Ruiz has helped to keep seven clean sheets so far for Betis and has 17 points so far for the season. He was solid in defence as Betis pulled off a terrific draw which finished 0-0.

Nacho is certainly one of the unsung heroes at Real Madrid and he is always the professional. He earned another 5 points as Madrid kept a clean sheet but not the desired result against Real Betis.

Atletico played two games in a week and their first match against Huesca ended with victory. It was also a good game for Yannick Carrasco who scored his 5th goal of the season and kept a clean sheet. The midfielder now has 55 points and has been brilliant value at 6.5m.

Angel Correa has been solid this season for Atletico and he made a starring role in their victory over Huesca by scoring a goal. With 73 points Correa is the 2nd best midfielder for Diego Simeone’s team.

Marcos Llorente was brilliant against Huesca earlier last week as Atletico won 2-0. Llorente assisted in both goals. He has scored 11 goals and made a fantastic 10 assists so far and he is ranked as the best midfield player for the side with 90 points so far.

Portu scored as Real Sociedad beat Celta Vigo 2-1 earlier last week. Portu picked up another four points to add to his already 59 points for his club. Currently Portu is the best ranked player for his club and is 1 point ahead of Remiro.

Roberto Soldado earned a fantastic 12 points over the week as Granada hammered Eibar 4-1 and he grabbed 2 of those goals. He also scored at the weekend although his side lost 2-1 to Sevilla. Soldado now has 9 goals so far and has acquired 31 points.

It’s not always been an easy time for Griezmann at Barcelona but he has had a good week. Griezmann scored both of Barcelona’s goals at the weekend as they won a very important fixture 2-1 away to Villarreal. Griezmann has now scored 11 goals so far this season in the league.

When we think of La Liga we tend to dive in and look for Barcelona, Real Madrid or Atletico Madrid, and those clubs have warranted why we do that. The big 3 will be dominating for some time one suspects. But this season there have been some surprise packages from Real Sociedad to Villarreal. Another club that has caught the eye is Granada.

Granada are currently in 7th position and have 27 points and they are only 3 points away from a European finish which would be incredibly beneficial for the club. Last season Granada finished seventh and this is quite remarkable because in the previous season they were playing their football in the Segunda Division. A lot has changed for the club in such a short time.

A lot of Granada’s good fortune comes down to current coach Diego Martinez who joined the club in 2018 when they were in Spain’s second tier and he has not only guided the club back to La Liga but also last season they qualified for the Europa League.

Martinez has plenty of good experience too coaching Sevilla’s B teams during the 2010s and helping out as an assistant to Sevilla during their successful spell in the Europa League during the 2010s, and he is only 40 years old.

Martinez has come in with fresh ideas and has been hailed as a possible future great coach, right now he is doing wonders for Granada who when promoted may have been content with finishing in midtable and just surviving but for the second season in a row they remain a force to be reckoned with.

This season Granada have qualified from their Europa League group and next month they will play their 2 legged round of 32 match against Italians Napoli.

Domestically the goals have been shared around and Jorge Molina and veteran Roberto Soldado have scored the most with 3 goals each. The player with the most points in the fantasy rankings is striker Darwin Machis and Molina who have 12 points each. Machis is valued at 5.5m and while he has been struggling with goals scoring just twice so far he has assisted in a further three goals.

Perhaps this season the club could aim a little higher too with more consistency given that they are only 5 points short of a Champions League place and that really would be historic for the club.

Granada are a team who have proven that a good work ethic can have a team expected to be fighting in the middle of the table actually pushing for Europe and deserving to be there too.

Another full list of LaLiga matches awaits all Spanish football fans this weekend. There are some very interesting matchups to look out for as well.

Here is our preview of all ten matches.

Sevilla are the early LaLiga leaders and I can’t see that changing after this game. They should overcome Celta Vigo on Friday night. END_OF_DOCUMENT_TOKEN_TO_BE_REPLACED 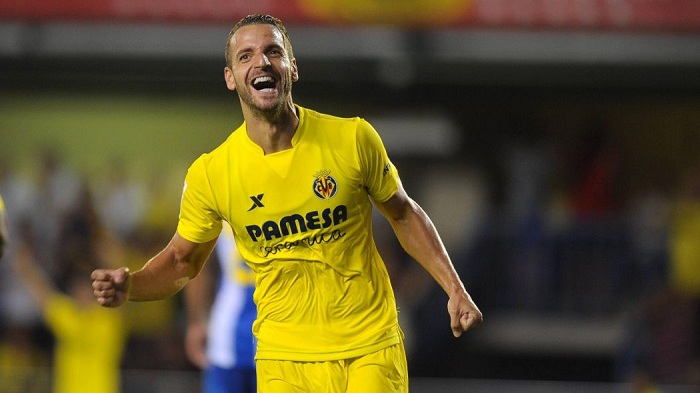 Villarreal striker Roberto Soldado has enjoyed a successful start to his debut season at the Estadio El Madrigal, with the 30-year-old getting off the scoresheet immediately in the Spanish La Liga. Regarded as a Premier League flop for a forgettable two years at Tottenham Hotspur, Soldado looks to have found his feet back in familiar surroundings, and is enjoying his football again.

Seemingly unable to find the back of the net in a Tottenham shirt at times, the former Valencia centre-forward has scored and created four goals in his two league games played this season. For all his struggles in England, the Spain way of life looks to be already paying dividends for the ex-Spurs player. He’s one of the standout players in La Liga early on, and could well be back to his best over the course of the campaign.

Scoring just seven goals in 52 Premier League games for Tottenham, Soldado has openly admitted he was disappointing in England, but is looking to make amends back in Spain. He said: “My performances were not good so I have to accept that. (Critics) are right to say that. I am very happy (with my Spain form) because a striker always wants to score goals, especially after the season I had in England.”

“It is very important the goals are also helping the team to win. My pre-season has not been normal and I need to get fit to give more to the team. I am still far from my best level, but I wish to score more goals and maybe in the future be with the national team again.” Despite boasting seven goals from 12 games for Spain, Soldado’s last international came back in 2013, but there could be an opening this season.

If he can carry on his fine form in La Liga this season, there’s no doubt he’ll come to the attention of national team manager Vicente Del Bosque, and it will be up to him if he makes the cut or not this campaign. Next summer will see the 2016 European Championships taking place, and Soldado will be dreaming of representing his side in attack.

The 30-year-old was one of the best La Liga strikers in his first stint in Spain, scoring  82 goals in 141 games for Valencia, and he has a number of other former clubs under his belt – Real Madrid, Osasuna and Getafe. Soldado looks happy in scoring form for new side Villarreal, so could it see the Spaniard get himself back into the reckoning this season?