In his seven years as a professional footballer Kingsley Coman has spent 490 days off the field due to injuries which makes him one of the unluckiest players in Europe. He has suffered a tear in the abductor muscle, tear in a joint capsule, torn knee ligament, capsular rupture in the ankle, syndesmotic ligament tear and many more, totalling 27 different injuries that has made him even consider ending his career, even though he is only 24.

But the mental strength and his great talent now have young Frenchman as king of Europe after scoring the only goal in the Champions League final last Sunday bringing Bayern Munich their sixth trophy in the biggest European competition of all. To make the story even better, Coman scored against the club that deemed him expendable.

What makes it even more impressive is the fact that it was his 20th trophy in his young career. Given the fact that Coman has played only 193 matches in his career that means that he is winning a trophy every 9.65 matches he plays.

Coman was born in Paris to parents from Guadeloupe and joined PSG’s academy in 2004. He spent nine years in the club’s youth system and even played for the senior side, becoming the youngest player to ever play for PSG at 16 years, eight months and four days.

In his first two professional seasons with PSG, Coman played in 19 games and won the French Ligue 1 in 2013 and 2014 as well as Trophee des Champions in 2013 and the Coupe de la Ligue one year later.

After transferring to Juventus and playing only 15 games for the Bianconeri, Coman won two titles in Serie A and one Coppa Italia and Supercoppa Italiana.

So far with Bayern Munich he has played in 159 matches and the Champions League trophy was his 12th with the German club. He has previously won five Bundesliga trophies and three DFB-Pokal and DFL-Supercup.

His winning record puts him in the race with the best in the game. Ronaldo at 35 years of age has 30 trophies and the two year younger Messi has 36. The real legends of the game Andres Iniesta, Zlatan Ibrahimovic and Ryan Giggs have 35 trophies each.

The 24 year-old is on the right track to catch the very best if he stays healthy and even more if he stays with the club where he won the biggest trophy of all. 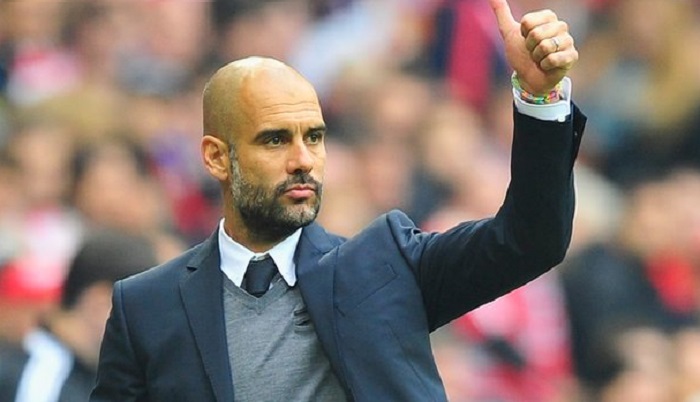 The German Bundesliga title previously looked sewn up by Bayern Munich earlier on in the season, but wealthy Wolfsburg have hit some incredible form over the last few months to become Bayern’s only genuine competition for the league crown at the business end to the campaign.

Bayern, managed by Pep Guardiola, are back-to-back Bundesliga title winners, and found themselves 11 points clear of second place after the last round of league games in 2014. But Wolfsburg have narrowed the deficit since then, beating the holders after the winter break, while extending their unbeaten run to eight games.

The German giants have spent in the January transfer window on attacking talent, and it seems to be having the desired effect so far. Wolfsburg won the Bundesliga title in 2008/09, but that remains their only top-four finish in more than 15 years.

Current head coach Dieter Hecking has been in charge for three years, in which time he’s finished 11th in his first season (2012/13) and 5th last season (2013/14). Many felt the German Bundesliga had lost all excitement due to Bayern’s dominance, but Wolfsburg could well cause the biggest shock of the European leagues by toppling the back-to-back winners.

Wolfsburg 4-1 win against Bayern in January sent shockwaves through Europe, and was the first defeat Guardiola‘s men had suffered in the league all season. The Wolves are a growing team considerably benefiting from financial intervention, and are starting to believe the title is now a two-horse race.

The Bayern manager is certainly feeling Wolfsburg breathing down his neck, and recently said: “Wolfsburg will be our biggest rivals (for the Bundesliga title). I have no doubt about it that they are our main challengers.”

Spending £24M to sign Chelsea forward Andre Schurrle was a statement of intent from a side who aren’t settling on just a top-four finish this season. Bayern have dropped points in two of their three games played since the winter break, so hardly spectacular, while their title rivals go from strength to strength in contrast. Bayern and Wolfsburg have nearly identical home form this season. The latter have played a game more and have amassed an extra point, while both are still unbeaten in front of their own fans. It’s the Wolves’ away performances that have seen them with ground to make up on Bayern.

One win from their last four away games highlights their problems, but a win in their next away game to Bayer Leverkusen would be a huge statement of intent. The German Bundesliga title race is far from over this season thanks to Wolfsburg resurgence, but could they go all the way?

Group E consists of three relevant clubs out of four, with CSKA Moscow of Russia the only club not covered in Euro Fantasy League’s game. Inevitably, therefore, there was another “derby” as Bundesliga champions Bayern Munich took on English champions Man City in arguably the biggest game of the first round of fixtures. The Germans were able to take the 1-0 win thanks to a late, late striker from, ironically, former Citizen Jerome Boateng. The German international finished last season with 255 points, so it was a solid campaign for him rather than an outstanding one. He has 30 points already this season, and his ability to find in the Champions League is a good sign. Expect the World Cup winner to more than justify his €8.00m price tag.

The other Group E game saw Serie A side Roma toppling the aforementioned CSKA Moscow 5-1, with a brace from ex-Arsenal striker Gervinho contributing alongside goals from Juan Iturbe (0 points, €5.00m) and  Maicon (30 points, €7.50m), and a second-half own-goal from Ignashevitch putting the game beyond doubt before Musa’s late consolation. Gervinho’s 20 points from one start and one sub appearance with one goal so far in Serie A is encouraging, but doesn’t really inspire a true desire to get him into your squad immediately. He will be a solid investment though, almost sure to turn a profit on points so he is worth bearing in mind – he’s enjoying life in Italy by the looks of it.

Group F saw Paris Saint-German travel to the Netherlands for a game against Ajax which finished in a 1-1 draw, Edinson Cavani putting the French champions ahead before Schöne’s equaliser for the Dutch. Cavani has done well so far, with 40 points from five games, thanks to two domestic goals. His asking price is €11.00m, though, and so in much the same respect as Carlos Tevez previously, his pedigree in undoubted but he is yet to prove that he will have a memorable season. It is still a decent start though, so look to him to almost definitely add considerably to that total over the next few months.

La Liga runners-up Barcelona snatched a 1-0 home win against Cypriot side APOEL FC, with a Gerard Piqué goal just before the half hour proving enough for a Spanish win. The former Man Utd defender has had a storming start to the season, with 60 points from a single start and one sub appearance – little wonder, then, that 9% of managers have him in their defensive line. Goals may not prove his strong point this season, but clean sheets surely will – Barca have a renowned defence, so look to getting the Spaniard into your side if and when you are able to make room and budget.

In Group G, Premier League favourites Chelsea played host to Bundesliga’s FC Schalke, with the 1-1 draw ultimately proving a fair result on the night that the Blues were denied their fifth straight competitive win, with Didier Drogba in their starting lineup for the first time since returning to the club in the summer. Former Barcelona and Arsenal favourite Cesc Fabregas scored his first goal for Jose Mourinho’s side before Klaas-Jan Huntelaar’s 62nd minute equaliser. Fabregas has 65 points this season with a value of €8.00m – if those stats don’t convince you enough, his early season form certainly should. He is playing for a new club and has been simply sensational since the season kicked off, much like team-mate Diego Costa. He is one that certainly seems worth recommended for inclusion.

To round things off, La Liga side Athletic Bilbao were also the home side, against Ukrainian side Shakhtar Donetsk. A goalless draw proved uninspiring for attacking football, but defensively both sides were sound – and Bilbao keeper Gorka Iraizoz would have improved on his 25 point tally had this been a league game. He is only valued at €4.50m and so doesn’t fall too far short of potential inclusion in our own “Bargain Basement” series.