Four months into the Maurizio Sarri era and Juventus remain undefeated, both in domestic and European play. While most of the bianconeri’s wins have been close affairs, there have been glimpses of Sarriball in full flow. Paulo Dybala has returned to his typical lofty standards while Gonzalo Higuain has redeemed himself following indifferent loan spells. At the back, Leonardo Bonucci and Matthijs de Ligt have formed a formidable partnership, backstopping the Italian champions. In midfield, however, concerns remain.

Beyond Miralem Pjanic, Sarri has rotated Blaise Matuidi, Sami Khedira and Rodrigo Bentancur among others but is yet to establish his best midfield three. After all, other than the Bosnian international, they all lack the necessary quality to play for Sarri. As a result, Juventus need reinforcements in the middle of the park. Here are three names within Serie A they can target when the window reopens in January.

Sandro Tonali (Brescia) - The midfield maestro has been in sensational form since making the step up to the top flight and would fit like a glove in Sarri’s possession-based system. In many ways, Tonali could play in the Jorginho-role as a regista while Pjanic is pushed higher up the pitch, making further use of his creativity. While many have likened his play to that of Andrea Pirlo due to his passing range, he’s no slouch defensively and is tenacious without the ball.

Given his quality on the ball and his desire to win it back off it, he should be a no-brainer for Juve. Factor in that he hasn’t even hit 20 years old yet and he’s the ideal long-term solution to the bianconeri’s midfield woes. Juventus are said to be keeping tabs on the midfielder and will reportedly pursue his signature this summer.

Lorenzo Pellegrini (Roma) - While the Roma midfielder isn’t for sale, he’s exactly the type of player Juventus need in the middle of the park. Equally capable of covering ground as he is picking a deadly ball, Pellegrini is the definition of a modern midfielder. This season, Pellegrini already has registered six assists in eight Serie A games and has taken his game to the next level under Paulo Fonseca.

At just 23 years of age, Pellegrini has a long career ahead of him both domestically and internationally. Juventus were reportedly keeping tabs on the player in the past and their sporting director Fabio Paratici is said to be a big fan of the Roma man. Juventus and Roma have done business in the past and have demonstrated they are willing to work together on the transfer market. It may be unlikely, but few players fit Sarri’s Juve better than Pellegrini.

Gaetano Castrovilli (Fiorentina) - Sticking with the theme of technical Italian midfielders, Fiorentina’s Castrovilli is another player Juventus should seriously consider. Rather than focusing their efforts and budget on his teammate, Federico Chiesa, the bianconeri would be wise to monitor Castrovilli’s progression. Since emerging onto the scene, the 22-year-old has won over the viola faithful with his industrious nature and is slowly evolving his game.

While he still has improvements to make across his game, Castrovilli is a good dribbler and could hurt the opposition in possession. Without the ball, the Fiorentina man is responsible and is eager to put in a shift. In many ways, his game is eerily reminiscent of young Claudio Marchisio. However, let’s pump the brakes for now. For one, he has a long way to go and most importantly, Fiorentina are unlikely to give Juve another one of their home-town boys.

All three players are youthful, technical players who would allow Sarri to further implement his footballing philosophy at Juve and are arguably available for the right price. Tonali may be the likeliest of the three given his team, but Juve would be foolish not to consider Pellegrini or Castrovilli.

Wave goodbye to the dreaded (depending on who you ask) international break and welcome club football back into your lives this weekend.

Round 3 of the 2019/20 Serie A season does not quite measure up to Round 2 in terms of the matchups as it was ‘rivalry week’, but calcio fans should expect more of the same drama from early on in the campaign.

If you have joined one of our many ‘fantacalcio’ leagues hosted on the site, then you will want to brush up on who to consider adding to your respective rosters for this week based on what we have watched thus far.

Here are five players trending upward that you should look to add this weekend. END_OF_DOCUMENT_TOKEN_TO_BE_REPLACED 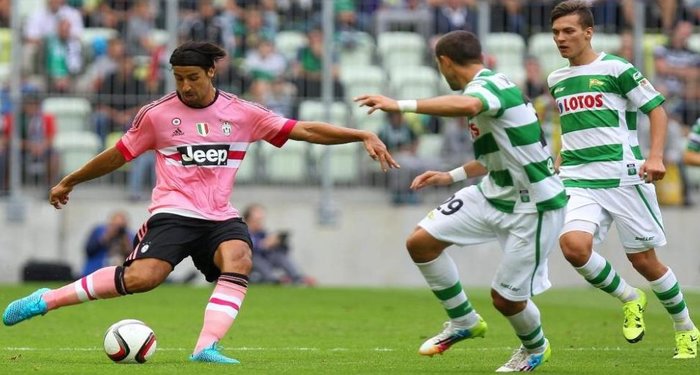 The tinkering has been used as an explanation as to why the Bianconeri are struggling, with only one win in six Serie A matches. The continual changes were partly down to transfers during the period when the season starts and the window remains open. But a big cause has been injuries. Allegri has been hindered by absentees throughout the season, including key players such as Claudio Marchisio, Giorgio Chiellini and Alvaro Morata.

Victory at Manchester City on Matchday 1 looked to spark a turnaround and was followed by three points away to Genoa. But in drawing with Frosinone and losing at Napoli, the pressure is back on the faltering Turin giants.

The medical staff has another player in their care, with Stefano Sturaro a late absentee from the squad to face Sevilla. He joins Marchisio, Mario Mandzukic, Kwadwo Asamoah and Stephan Lichtsteiner on the sidelines.

The Swiss defender’s absence has been caused by breathing problems that saw him substituted against Frosinone. The issue was then exacerbated by Martin Caceres. The Uruguayan was involved in a car accident early on Tuesday morning when over the blood alcohol limit. It was the second time in a year he has crashed his car and the club took a dim view. Caceres has been fined and suspended indefinitely. It led Allegri to tell reporters the only confusion surrounding his tactical set-up is “due to the fact I need a right-back and I don’t have one.”

But there’s a welcome return for the Old Lady tonight. Sami Khedira went down with a thigh problem in pre-season, so is yet to make his competitive debut. And Allegri is counting on his German signing. “He’s a player of international level. I don’t know how long he can play, but he will certainly feature.”

He’s set to anchor a five-man midfield against the Spaniards, who also enjoyed a Matchday 1 triumph versus Borussia Monchengladbach. A win over Sevilla will put Juventus in command of Group D.

Khedira’s return is what Allegri hopes is the first of many, as Juve aim to clear the infirmary. Doing that will allow the Coach to move forward with his best team.  Maybe then we will see a Bianconeri side akin to the one which dazzled last season.